A local attorney says not allowing public access past the first floor is a stretch. 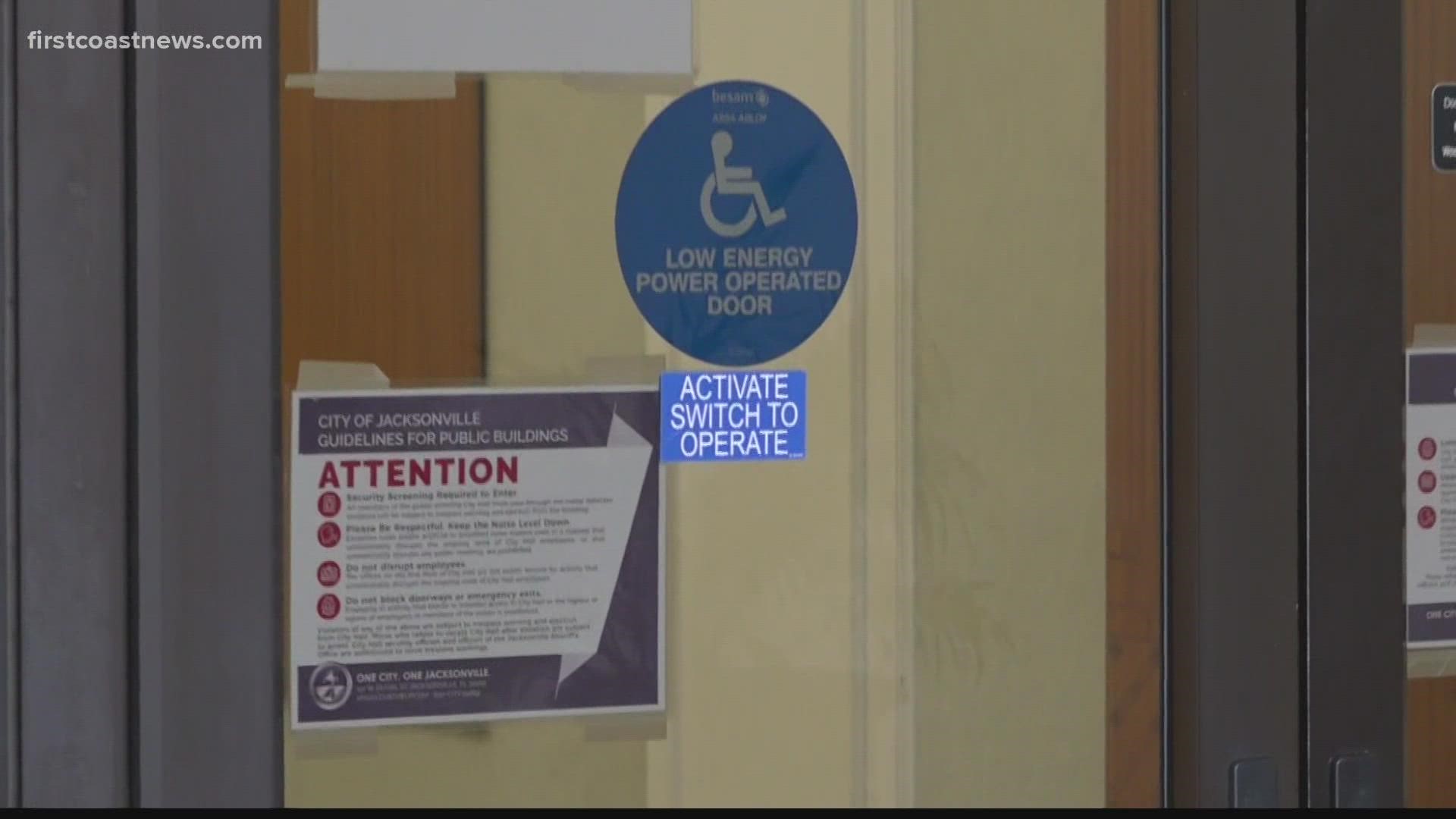 JACKSONVILLE, Fla. — After recent demonstrations at Jacksonville's City hall, the public can not go anywhere beyond the first floor.

One would need permission or an invitation from a city official or department. Signs of the guidance changes are placed at the front entrance and near the elevator. First Coast News reached out Leslie Jean-Bart, an attorney.

"Is this legit?" On Your Side's Tristan Hardy asked, "Can city officials do something like this?"

To the community advocate, the amended guidelines are "too broad to implement." She said officials can maintain the property from disruption. However, not allowing public access past the first floor is a stretch.

"A building that is historically open to the public has now been restricted," Jean-Bart said.

She also mentioned how the demonstrations inside city hall are not uncommon.

On Tuesday, the Northside Coalition of Jacksonville, Incorporated made an appearance. Its goal is to have a confederate monument removed from Springfield Park.

Mayor Lenny Curry said every confederate monument would be taken down. Ben Frazier, who is part of the Northside Coalition, said demonstrators will have to "make some noise" and "make some good trouble."

"You're going to have to address this issue or we're going to continue to make some good trouble," Frazier said.

The Jacksonville activist said his organization has reached out to the mayor and city officials multiple times. However, Frazier said they have not heard back from anybody. That's why they will get involved in sit-ins, meeting interruptions and civil disobedience.

"What should've happened after the protest is the mayor should have met with the people that were protesting," Sean-Bar added.

Frazier said he is more than willing to meet with the mayor.

First Coast News reached out to the city for an explanation, but have yet to get a response. Prior to asking them about the guidance changes, First Coast News inquired about the status of the confederate monument. "No comment," they replied.