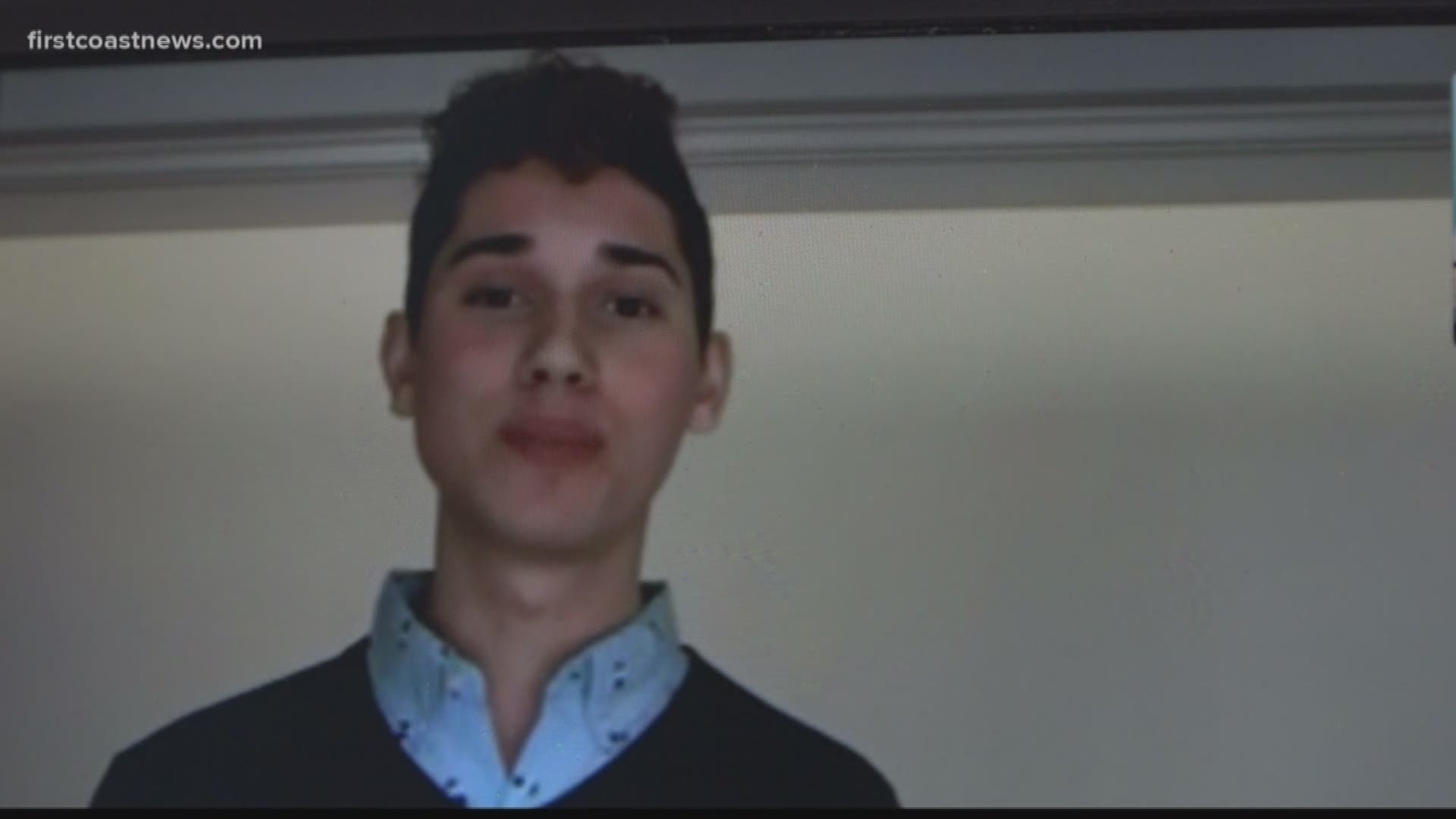 A Jacksonville teenager whose toxic home life sparked an outpouring of sympathy and tens of thousands of dollars in donations has landed a prestigious internship with U.S. Rep. Stephanie Murphy (D-Winter Park) and is thriving at Georgetown University in Washington, D.C.

Seth Owen reached out to First Coast News Friday, saying he was creating a nonprofit to help other kids attend college and thanking supporters for their “incredible generosity to help me achieve my dream of getting to college. Each and every day, I am humbled by the opportunities I find in our nation's capital.”

Owen, who is gay, moved out of his conservative parents' home after undergoing conversion therapy and being forced to attend what he described as hate-filled sermons at the family's small Baptist church. His homelessness put his plans to attend college in jeopardy -- until his teachers at First Coast High School started a GoFundMe page to help.

After First Coast News story on the GoFundMe effort aired, it soared from $6,000 to more than $20,000. In a text message days later, Owen expressed his excitement at seeing his "dreams of college .. come true."

"Please know that I will pay it forward," he wrote. "I will use my education to advocate for the underprivileged, to stand up for them, and to do everything in my power to make their dreams come true like you have done for me."

But Owen’s story soon went viral. It was picked up by NBC, ABC, Reddit and The Washington Post. His GoFundMe account topped $140,000 before it was closed. And Owen was invited on the Ellen DeGeneres show, where she presented a check for $25,000.

Meanwhile, Georgetown University agreed to adjust his financial package so that he would pay $0 tuition.

RELATED: Gay teen kicked out of Jacksonville home will pay $0 to attend Georgetown

Owen used the windfall to start a nonprofit group with the aim of helping other marginalized teenagers in circumstances like his. He says the mission of Unbroken Horizons Scholarship Foundation is to “help students in marginalized communities access post-secondary education.” Owen is seeking donations for the nonprofit.

He urged students to apply.

“To whom much is given, much is expected,” he wrote on the page, “and I have taken on the responsibility of working to help other young people in similar situations as mine.”