A community is concerned about the potential development of 60 homes on a 99-acre parcel of land in Ponte Vedra. 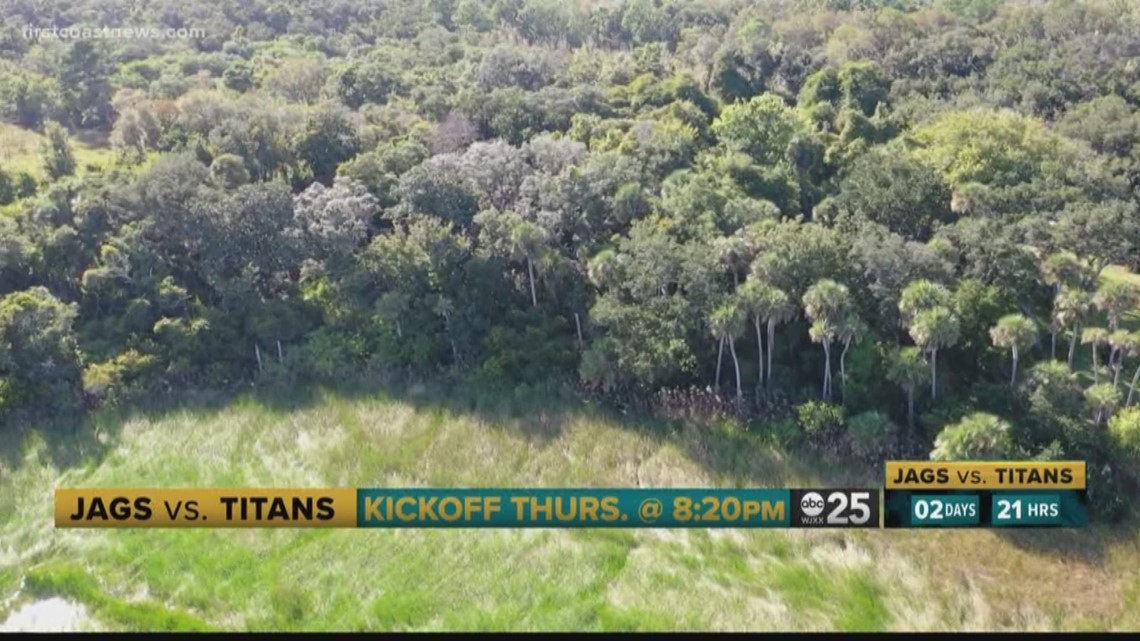 PONTE VEDRA BEACH, Fla. — In a move that might appear ironic, Gate Petroleum subsidiary, the Ponte Vedra Corporation (PVC), has requested withdrawal of a pending Comprehensive Plan Amendment application that the company hoped would clear the way for it to build some 60 homes on a 99-acre parcel of land it owns, known as “The Outpost,” in Ponte Vedra.

It’s an application that would have been the subject of a commission hearing Tuesday in St. Johns County. The withdrawal request came despite a planning and zoning agency voting 3-2 at a meeting in mid-August in favor of advancing the proposal to the state level. That vote wasn’t actionable, itself, but was a recommendation to the St. Johns County Commission.

“If they had gone to the hearing tomorrow and they lost the vote, it would be more damaging to them than if they simply withdrew,” Nicole Crosby of preservation group Save Guana Now said, beginning to explain PVC’s potential rationale.

Many of those people attended the August meeting wearing white in solidarity and protest. Crosby told First Coast News that a fire official said it was the largest crowd he’d ever seen at such a meeting.

“I think that showing had a lot to do with the decision by Gate to cancel,” she said. “It’s 97 percent surrounded by the Guana Preserve, so anything that happens to this land is going absolutely have impacts on Guana. Our experts have demonstrated that pretty clearly.”

Jim McCarthy, president of the North Florida Land and Trust, said PVC’s withdrawal was only a slight surprise after the showing at the August meeting.

“By the hundreds, to demonstrate their concern for conservation, that had an impact in the city of St. Augustine so I wouldn’t be surprised to see that happen here too,” McCarthy said.

McCarthy, who emphasized that North Florida Land and Trust is pro-conservation, not anti-development, was referring to the outpouring of support from the community before NFLT was able to purchase Fish Island and save it from development. But he cautioned Monday that the Fish Island purchase was from a relatively motivated and willing seller. PVC, in contrast, has appeared more determined to build, contending that only the wetland portion of its property is zoned for conservation; the tract upon which it wants to build is not. That assertion has met resistance from the County so far, leading Crosby to speculate about PVC’s next move.

However, PVC has also offered a three-year stay on development, ostensibly to allow prospective suitors to buy the property from it. Crosby and McCarthy both said they believe the offer is sincere, but point out that the company hasn’t named a price and that its maneuvering could cause the market value to spike beyond reach.

“If the zoning changes and it’s now at 15, or 16, or even $20 million, then that’s the value that they’re going to be looking for,” McCarthy posited. Those figures are far greater than the roughly $5 million he guesses would be the appraisal of the land currently zoned for conservation.

But, given even such a huge dollars-gap to fill, McCarthy pointed out one conceivable means to successfully acquiring the property.

“A benefactor might come forward and offer x-number of dollars in order to buy that property," McCarthy said. "We could then buy the property from them at the appraised value of the property.”

That scenario, McCarthy said, could be a unanimous win – preserving the land for conservation, an agreeable price for PVC to accept, and a potential tax benefit to that benefactor, be it an individual or a business entity.

“I think they certainly wouldn’t mind it to being in conservation, at the right price,” McCarthy said.

Crosby also expressed hope based on what she’s heard from PVC parent Gate Petroleum at times.

“Gate has made statements over the years that suggest that they would like to see it preserved in perpetuity,” Crosby said. “At the same time they don’t want to give it away, and I understand that.

“Despite the fact that they really want to maximize their price and they’re really driving that hard, I still think that they would like to see it protected," Crosby said. "That’s just my gut feeling.”

Interviewed separately, McCarthy and Crosby also agreed that any turn of a shovel would likely be years away, and the combination of time and legal expenses could also compel PVC to negotiate.

“Every day is important to Ponte Vedra Corporation,” McCarthy pointed out, “so the sooner we can resolve this, the better for everybody.”