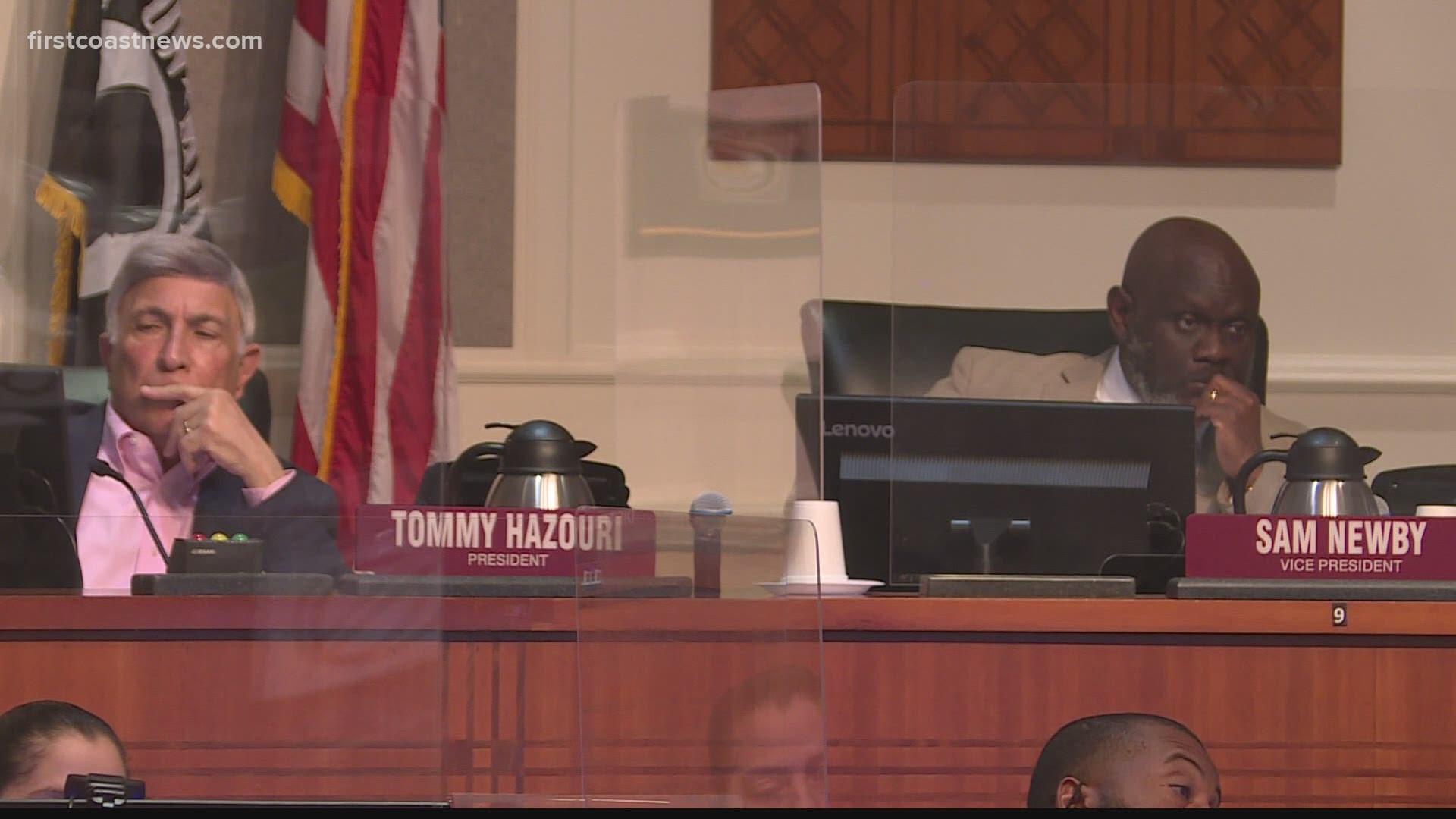 JACKSONVILLE, Fla. — Smooth roads, sidewalks, drainage improvements, and a new and improved Skyway. It's all part of a plan to improve city infrastructure using revenue from a gas tax hike.

The city council got to discuss some of their concerns in a Thursday morning meeting.

The proverbial tank of city and JTA funding could fill up with a gas tax increase.

A proposal would take the revenue from the gas tax increase and put it towards over 70 infrastructure projects. Mayor Lenny Curry shared opening remarks before Thursday's committee of the whole council meeting.

This morning: the city council is meeting to discuss the proposed gas tax hike and the septic tank phaseout program. Mayor Lenny Curry starts off by saying this is an effort to fulfill decades-old promises of infrastructure improvements @FCN2go pic.twitter.com/7seoh5qbT0

“By leveraging this funding source. We generate this funding from all people who use our roadways. Both residents, out of county commuters and visitors," Mayor Curry said.

City councilmember Terrance Freeman says he wants assurances the gas tax will go towards communities with the highest need.

“How can we--because I'm getting asked by the community still--how can we have the assurance those areas that were left behind, that might not have made a list, but when you walk the street, it rains on Monday, it's still flooded on Wednesday," Freeman said.

Other city council members feel the issue should be left up to the voters in a referendum.

Councilman Aaron Bowman doesn't support the tax saying it takes away the ability of future councils to raise taxes.

“I’ve had zero emails or phone calls supporting this, why are we thinking we want to put the pressure on 19 of us when we can go to the voters via referendum and ask them is it the right thing to do?” Bowman asked.

“This is one [decision] that the body can make with a simple majority, we are asking for that. I suspect that your votes in this project would reflect what your constituents feel,” Jordan Elsbury with the mayor’s office responded.

Other council members supported the idea of a referendum, but are opposed to the gas tax increase.

JTA leaders point to neighboring counties that charge the full twelve cent gas tax as a reason why Duval County should do the same.

JTA CEO Nathaniel Ford and the mayor's staff both feel this is a stable source of revenue for projects that were put on the backlog.

“We’ve been watching what’s happening in Duval and the neighboring counties—their gas prices are lower and they are charging the full twelve cents,” Nat Ford said.

A large portion of the gas tax revenue would transform what Ford called the "obsolete" two-mile Skyway into a 10-mile urban circulator.

Ford says it can reach a critical mass of commuters.

“This is not just downtown focused, there [are] opportunities for this technology to be used in a lot of our less dense neighborhoods. Providing this type of door-to-door service autonomously helps our seniors, it helps us with getting children to school, it has great potential going into the future,” Ford said.

The program labeled Jobs for Jax would create more than 7,000 jobs locally.

Mayor Curry says it's time to fulfill some of the decades-old promises of infrastructure improvements.

“The longer we wait, the worse it gets and the more expensive it becomes to fix it," Mayor Curry said.

A second meeting of the whole council will be held in two weeks.