Gas tax could leverage federal, state funds for projects laid out in Jobs for Jax program

72 projects, ranging from road improvements to the proposed Skyway expansion, could be funded by both a gas sales tax increase and federal dollars. 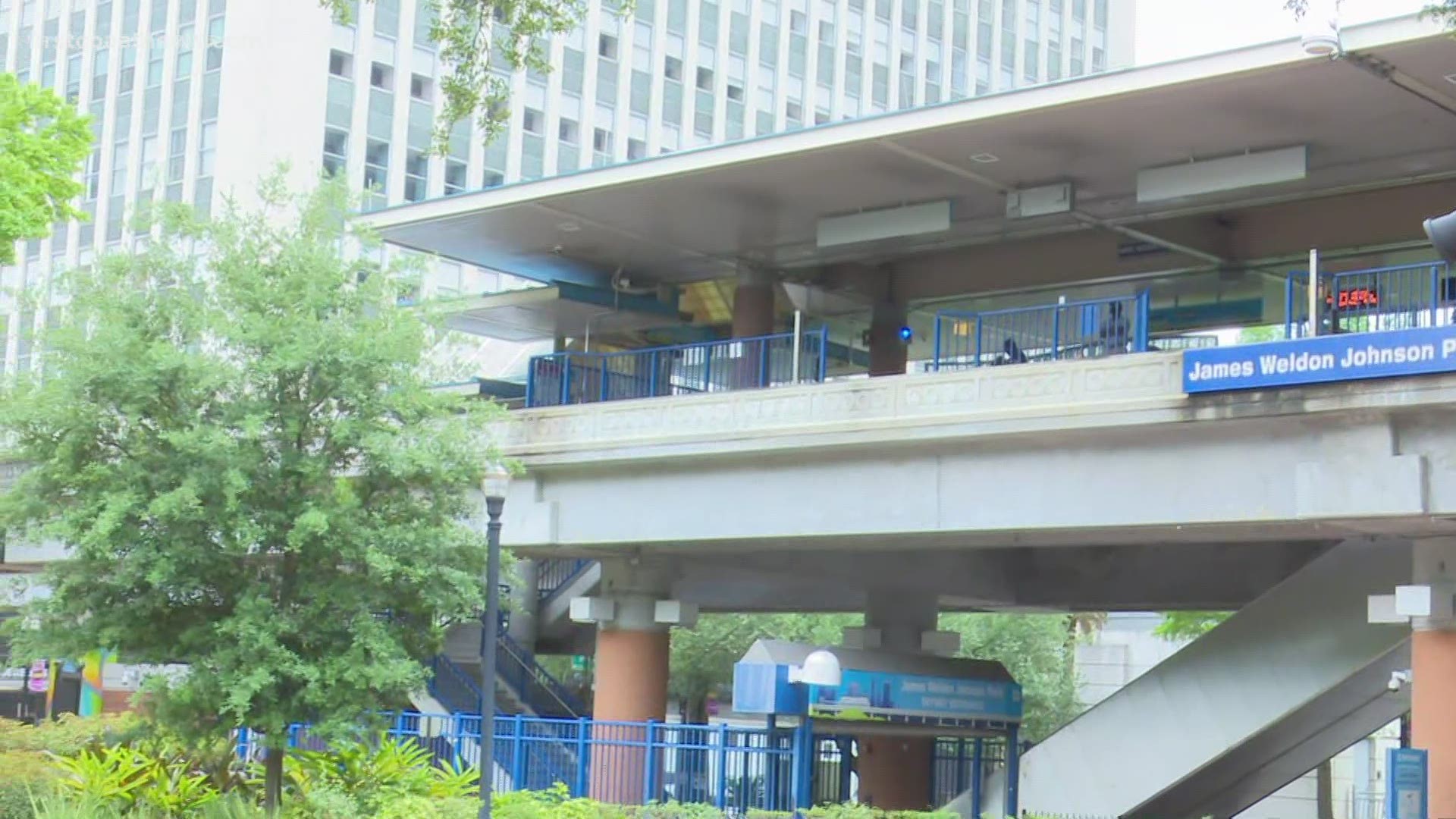 JACKSONVILLE, Fla. — From the gas pump to the pavement is where you could see your sales tax money go if the city council decides to raise the gas sales tax from six to 12 cents.

One of the biggest proposed tax increases could fund nearly one billion dollars in infrastructure projects, which Mayor Lenny Curry and some city council members say is long overdue.

The so-called Jobs for Jax program will also fund some sought-after improvements to downtown's Skyway, expanding it into nearby neighborhoods.

City leaders say the infrastructure projects will be prioritized based on need, with many being done simultaneously. It's not clear which projects could be first.

JTA CEO Nat Ford said on Thursday the Skyway expansion could not just impact those closest to downtown but could help seniors and children as well.

"There is opportunities for these technologies to be used in less dense neighborhoods," Ford said.

The Skyway expansion was met with criticism by some currently in and outside of city hall.

Chris Hand, former chief of staff for the Mayor's office from 2011 to 2015, wrote a blog post outlining his thoughts on the gas tax increase proposal.

“That has been one of the biggest issues raised by council members so far is the amount of money for the skyway, but I think it’s important to keep in mind this is one source of dollars,” Hand said.

Hand says that gas tax money is part of the puzzle, which could likely include federal and state dollars.

“It would be important for those agencies [JTA and the City of Jacksonville] to show local investment. That local commitment to project completion is a major factor for the state and federal governments in deciding if they’re going to become partners in a particular infrastructure project,” Hand said.

According to Jordan Elsbury, Mayor Curry's chief of staff, the gas tax revenue would be leveraged to pursue federal dollars.

Another issue surrounding the tax is who will vote for it: the taxpayers of Duval County or their elected officials.

Councilmember Aaron Bowman along with a few colleagues asked if the gas tax could go to a referendum.

“I’ve had zero emails or phone calls supporting this, why are we thinking we want to put the pressure on 19 of us when we can go to the voters via referendum and ask them is it the right thing to do?” Bowman asked during Thursday's committee of the whole council meeting.

“This is one [decision] that the body can make with a simple majority, we are asking for that. I suspect that your votes in this project would reflect what your constituents feel,” Elsbury responded.

Elsbury tells First Coast News: "Mayor [Lenny] Curry has proposed a solution to fulfill those promises [of infrastructure improvements]. It’s time for elected officials to stop passing the buck and keep their promises. Council has voted 4 times on the gas tax without taking it to the voters.”

Council members argue it takes away the ability of future councils to levy taxes, but Hand says those decisions were made by the same elected body in the past.

“As far back as the 1980s, city council has made the decision as to whether or not the gas tax would be put in place or extended. The most recent was in 2014 when the city council extended the local gas sales tax," Hand said.

That recent extension carries the gas sales tax into 2036 at the current-six cent rate.

Hand is not sure a referendum would be reached given the state legislature's position that city councils can make that decision.