Police say they believe Petito struck Laundrie before the couple separated for the night to calm down. Now, he's back in Florida, and she's missing. 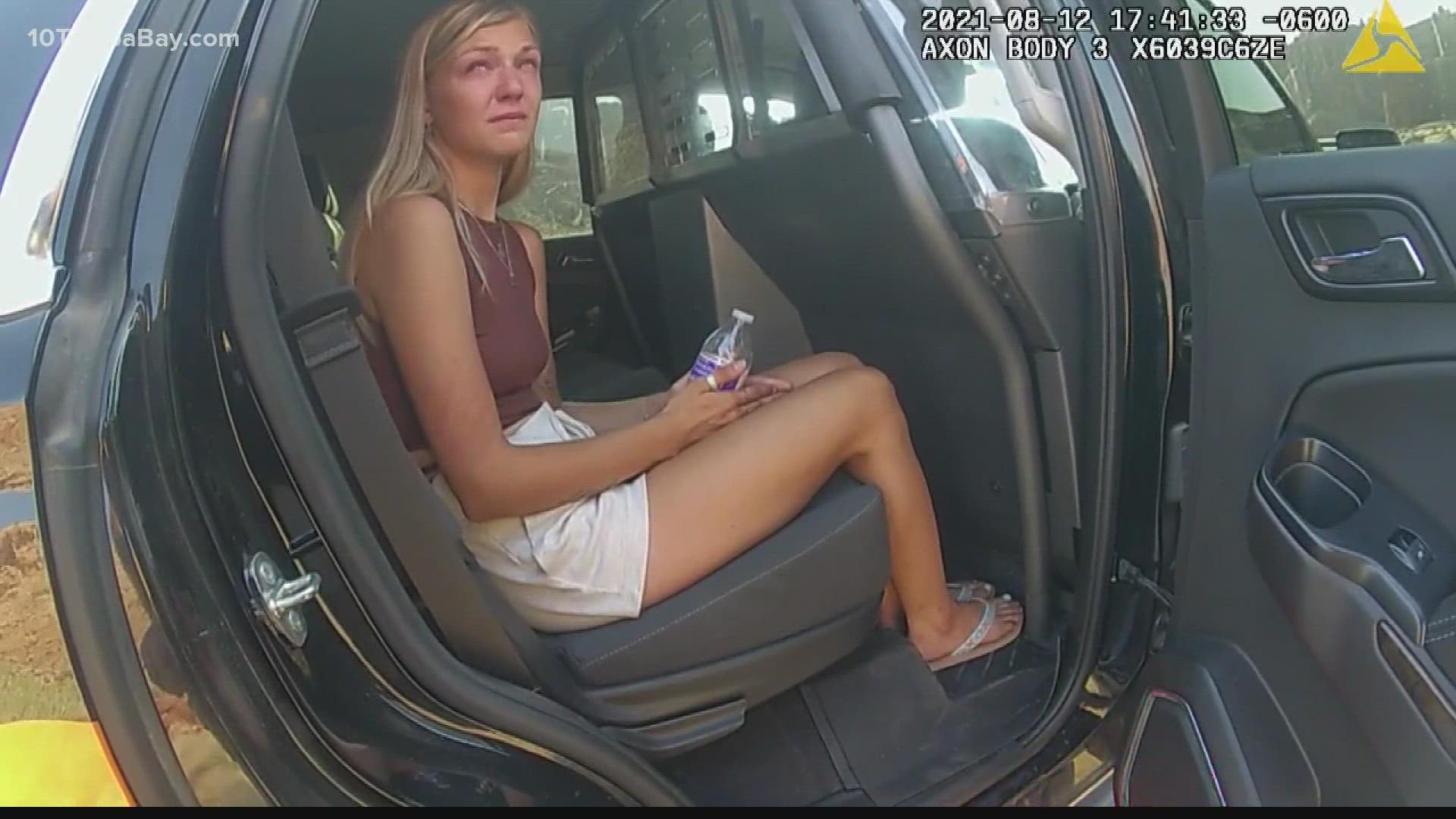 MOAB, Utah — SAD UPDATE (Sept. 21, 2021): The FBI announced Sunday night that a body had been found matching the description of Gabby Petito. On Tuesday, the coroner confirmed her identity and ruled her death a homicide. Click here for the latest updates.

Just hours after Gabrielle Petito's apparent fiancé, Brian Laundrie, was named a person of interest in her disappearance, we're learning more about a run-in the couple had with police during their cross-country road trip.

Click or tap here for the police body camera video.

Police were dispatched to what was originally reported as a possible domestic violence call, which they later determined was more of a mental health crisis.

The following information comes from the Moab Police Department, which provided a copy of the disorderly conduct report and released body camera video.

A witness told police he saw the couple arguing over a phone.

Laundrie told officers he recommended Petito take a walk and calm down. But she apparently didn't want to get separated from him or be left without a ride in Moab.

So, police say she went to slap him. Laundrie pushed her away to avoid the slap, police determined. But, according to the remarks in the body camera video, it appears she lightly scratched his face.

Laundrie then tried to lock her out of the van, according to authorities. He reportedly succeeded, except for the driver's door. Petito climbed through either the door or window and made her way into the van before it drove off, a witness told authorities.

At some point, officers say it's believed she hit Laundrie in the arm. There's no evidence he struck her, according to the report.

Police say they stopped the van after seeing it going about 45 mph in a 15-mph zone near Arches National Park. The van swerved out of its lane and hit a curb while being stopped near the park entrance, according to law enforcement.

Video shows Petito was crying when the first officer walked up.

There were no significant injuries to either Petito or Laundrie. No charges were pressed. Police say they determined the incident appeared to be more of an emotional break or anxiety attack than anything else.

The couple reportedly told officers they were in love and engaged to be married. They agreed to separate for the night to calm down, police said.

An officer contacted Safe Haven and arranged for Laundrie to get a hotel room for the night to give them space.

Now, weeks later, he's back in Florida and Petito's location is unknown. Here's the latest on the case.