Photos and video from Texas -- not Florida -- of gators around town

Fulshear police have been snapping photos with the gators, which have been making their presence known quite frequently around town. 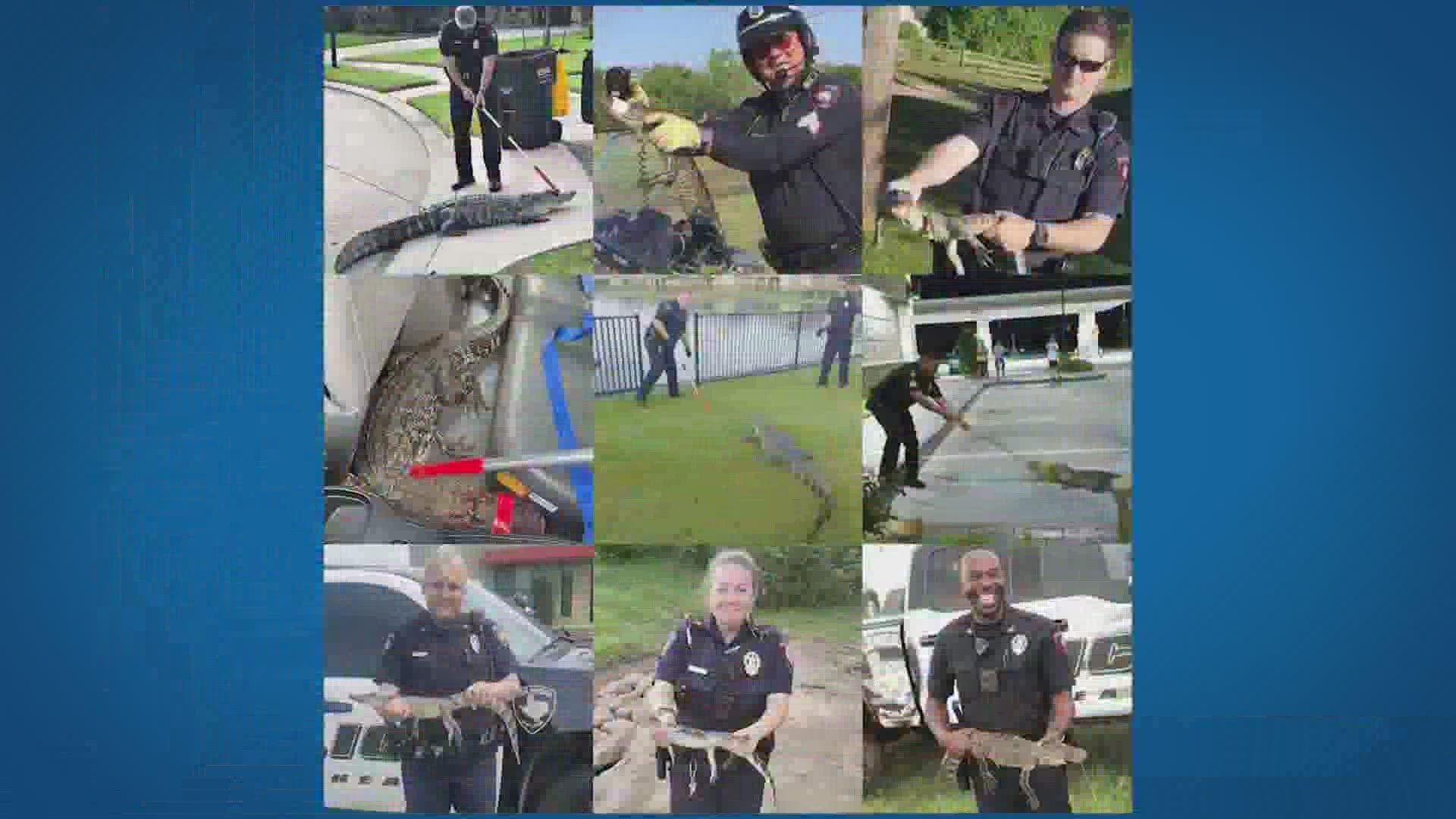 FULSHEAR, Texas — Fulshear is giving Florida a run for its money for the title of "Gator Capital of the U.S."

We're only two weeks into the month of June and police in the the small city in Fort Bend County have already posted a few times about gator sightings.

The gators have become such a token in Fulshear that it's now a ritual that every time a Fulshear police officer gets their first gator call, they have to take a picture with the reptile — as long as it's "selfie" size, of course, the department said.

The latest gator sighting in Fulshear was Saturday.

The department posted a picture to its Facebook page of two officers, all smiles, with what appears to be a 3-foot gator.

This was the first gator call for Officer Kim DeJean who was called to wrangle the gator that was "soliciting without a permit near the front door of the callers home."

After being captured the gator was released back into a nearby lake.

We have a ritual here. It seems that every officer here has dealt with an alligator in one way or another. When an...

Another gator, this one much larger, was spotted in the city on June 9.

It took five officers to wrangle this big fella back to a nearby polishing pond.

The department said the only injuries were to the gator's ego.

Nothing like a little, rather big, alligator excitement to end the night shift and begin the dayshift. When the...

And then on June 4, a baby alligator was caught dodging cars on Cross Creek Bend Boulevard.

The gator was rescued by Officer Kirk and released safely back into a nearby lake.

A baby alligator was playing dodgeball with cars this morning on Cross Creek Bend Blvd. Officer Kirk was able to catch him and release him safely back into a nearby lake. Special thanks to Brandy Berger for providing us the video.

Captain McCoy with Fulshear PD said it seems every spring and summer they get a lot of gator calls, but says this year, they've been up.

"We have seen more gators this year than most. Maybe because of all the rain. Not sure," McCoy told KHOU 11.

We're not sure if there's an exclusive gator hangout spot in Fulshear that we don't know about, but what we do know — the gators are loving the little town and the officers who make sure they get back home safely.

Check back for any updates on the gator party in Fulshear.