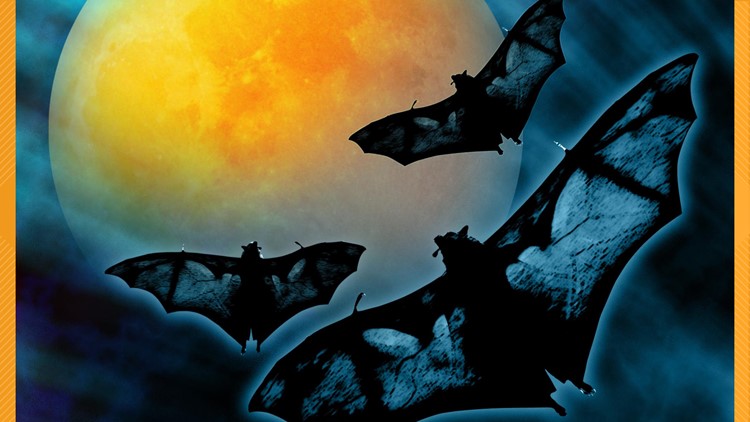 Is there a correlation between a full moon and bizarre behavior?

A rare Friday the 13th full moon will appear this weekend throughout the United States. Does this mean there will be an uptick in bizarre behavior?
Author: First Coast News, Casey Feindt
Published: 12:03 PM EDT September 12, 2019
Updated: 10:45 PM EDT September 13, 2019

The country is in for a rare occurrence on Friday with a full moon scheduled to coincide with Friday the 13th.

Experts say the rare event only happens every 20 years and popular folklore says both events are unlucky, especially if they fall on the same day.

Should we be worried about an uptick in crime and other antics on this so-called 'unlucky' day? First Coast News takes a closer look.

Since the 1800s, a full moon has often been associated with witchcraft and erratic behavior. Even the word 'lunacy' has its roots in the Latin word for moon.

Studies have found that police officers and hospital workers are among the strongest believers that more crime and trauma occur on nights when the moon is full, reports ABC.

Likewise, Friday the 13th is also generally considered to be unlucky. The History Channel says that the negative connotation has been largely perpetuated by pop culture, starting with the 1907 novel 'Friday, the Thirteenth' written by Thomas William Lawson and more recently in the horror franchise featuring notorious serial-killer, Jason.

So will werewolves and chaos descend upon us during the full moon on Friday? Experts say, probably not.

RELATED: February's Full Snow Moon will be the largest supermoon of 2019

According to an extensive study done by Florida International University psychologist James Rotton and several other experts, full moons are completely unrelated to spikes in crime, suicides, psychiatric problems and crisis center calls.

NBC reports that a 2005 study by Mayo Clinic researchers looked at how many patients checked into a psychiatric emergency department between 6 p.m. and 6 a.m. over several years. During the study, they found no statistical difference in the number of visits on the three nights surrounding full moons versus other nights.

So this Friday you can rest easy. Go ahead, kick back, relax and pop in your favorite horror flick before stepping out to look (or howl) at the beautiful moon.

HOW TO VIEW: If you're living in the Eastern time zone, the exact moment this full Moon occurs is actually early Saturday the 14th at 12:33 a.m. But for everyone else in the country, the Moon will be its fullest before midnight on Friday the 13th.