Like a lot of grandparents of the opioid crisis, Margaret Schaedel stepped in to raise her grandchildren when their parents could not. 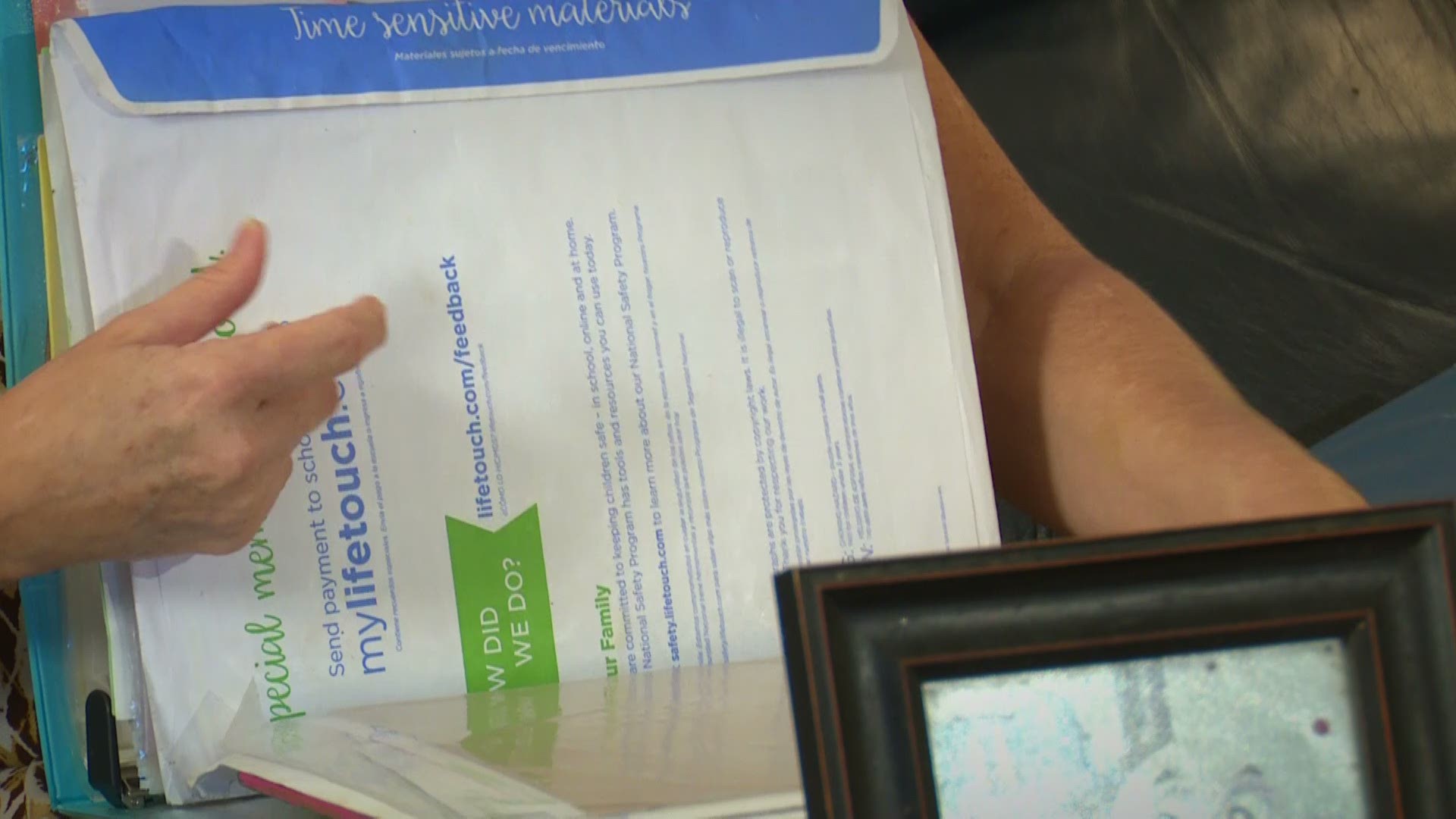 The days are long, but the years are short: It’s a phrase that perfectly captures how it feels to be a parent.

The chores that make up the daily grind – the meals and laundry and soccer practices – are often remembered with nostalgia.

They’re also the threads that form the fabric of a life together.

For one local family, that fabric is 13 years in the making. And they say it’s about to be ripped apart.

Like a lot of grandparents of the opioid crisis, Margaret Schaedel stepped in to raise her grandchildren when their parents could not.

According to the National Center on Grandfamilies, some 2.7 million children are being raised by grandparents, about 40 percent of those cases are due to substance abuse. 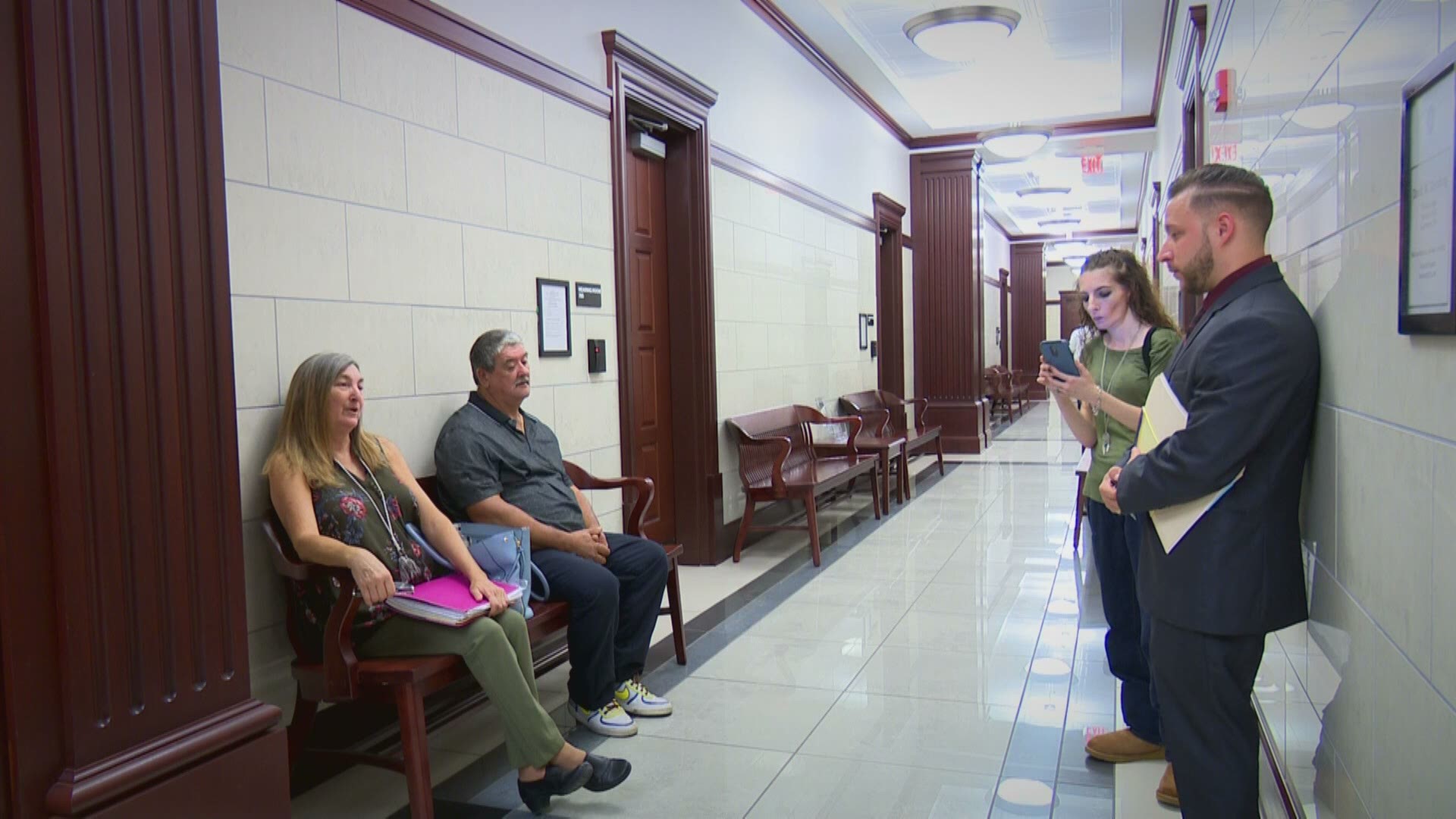 Schaedel took in *Carlie, 13, and *Michael, 12, when they were still infants. Their parents voluntarily gave up custody in 2007 “for the balance of their minority,” according to court documents. Schaedel presumed that meant full custody until the kids’ 18th birthday.

But that’s not the case. In Florida, parental rights are primary. Put another way, grandparents have no rights. And two days after Christmas, Schaedel was served with a summons: The children’s father had sued for custody.

“Everybody kept saying I had it in the bag, because I had them for 12 years,” Schaedel says. “I thought, ‘I don’t need an attorney. I just go in there and present myself the best I could.’ It backfired.”

“It’s hard to overstate the importance of having an attorney in this kind of case,” she says. “People think going to court is easier than it is. They think that common sense tells them they should prevail -- but they don’t.”

Schaedel eventually did hire an attorney, but it was too late. A magistrate judge had ruled against her, and the primary judge was bound by the recommendation. In late September, Judge Jack Schemer dissolved Schaedel’s custody and gave full custody to the children’s father in Indiana. 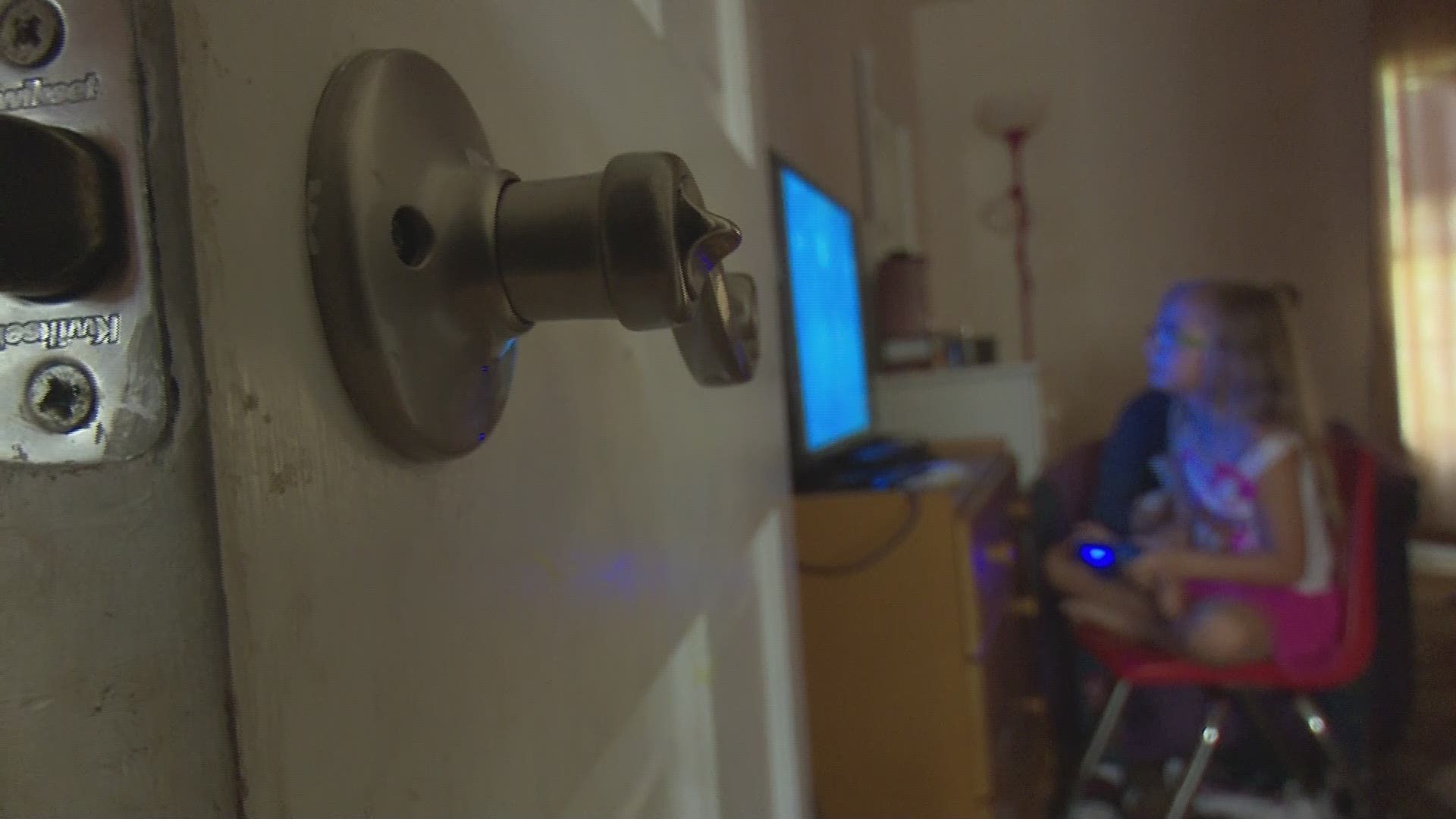 The father (whom First Coast News is not naming) declined to comment for this story. His wife told First Coast News he sought custody because “he wants to be a dad instead of a sideline father.” In court testimony, the father agreed to give the kids time to “settle their affairs” so their move to Indiana from the only home they’ve known wouldn’t be abrupt.

But when the transition didn’t happen quickly, the father filed for an emergency pickup order – a source of significant anxiety for the children. Although they have had contact with their dad over the years, they have never spent a night with him. They told First Coast News they do not want to move.

“My feeling is emotional,” says Michael*. “The reason I want to stay here is I have many friends here. I’ve been doing soccer, and if I go to Indiana I’ll have to make new friends and go to a new school. And [my father] doesn’t know what I like to do.”

Carlie, sobbing, says, “I want to stay here because if I go up there, I won’t have any friends and I’ll have to make new decisions about what to do, and give up everything I have here.”

Michael was born with cleft palate and had a childhood defined by surgeries. He still sees a team of doctors and dentists and may have more surgeries in his future. He also struggles with behavioral issues, including ADHD, for which he sees a therapist. His father, he observes, “doesn’t know how to handle me, and that’s why I want to stay here.”

In a July letter, the therapist (who worked with both children) wrote a letter on their behalf. She said the children “have told this therapist many times that they hardly know their father and that they do not want to live with him.”

She added, “it would be in the best interest … for them to remain in the care of their maternal grandparents, who have proved over the years that they love their grandchildren very much, and have proven this by caring for them each and every day.” Their biological father, she added, “cannot in any way make such a statement.”

The children’s mother, who is disabled, never sought custody because she sees the children regularly at her mom’s house, and freely admits, “I can’t even take care of myself.”

Colleen Rodriguez is executive director of Jewish Family & Community Services, a social services agency that provides child protective services for the state. She’s been in the child welfare business for 20 years but says the opioid epidemic is indelibly changing the family structure.

“There’s always been drugs -- it was crack for a while, it was crystal meth. But this opioid is a different ball game,” she said.

Rodriguez says that although kids typically love their biological parents, they form a powerful connection with their daily caregivers.

Judge Jack Schemer acknowledged the difficulty of the circumstance.

“Nobody’s questioning that the children are probably bonded to you,” he told Schaedel at a Sept. 26 hearing. “[But] there is a parental preference in the state of Florida.”

Unless a biological father is unfit, his rights take precedence, the judge said, adding, “I don’t find it in this case.”

Former prosecutor and family law attorney Maryanne Sheils says the opioid crisis has brought the issue of grandparents’ rights to the fore.

“I see, every day, these grandparents stepping up to take on this responsibility. But in the state of Florida, they don’t have any rights. They have no standing, they can’t get involved, there’s nothing they can do.”

Although Judge Schemer dissolved Schaedel’s custody at the Sept. 26 hearing, he explained the parents’ divorce agreement still needed to be resolved. That agreement, which says the children are to remain with their grandma, also says “neither parent shall remove the children from the state” unless both parents agree, or the court orders it.

So while Schaedel has lost custody, the children will remain with her until the father wages a new custody battle – this one with his ex-wife.

Following the hearing, the father, who declined requests for an interview, wept.

Schaedel, however, was elated.

Since the hearing, Schaedel has been in contact with state Sen. Aaron Bean’s office. She wants state law changed to give custodial grandparents at least some legal rights.

“The law has to change for these kids because, you know what? The drug crisis is not going to go away,” she says.

Attorney Parker agrees. She says the opioid crisis could force a shift in how lawmakers view Florida’s parental preference law. Though protected by the state constitution, she says, it leaves custodial grandparents like Schaedel without any protections.

“I really believe that, eventually, the legislature will have to look at this,” Parker says.

Nationally, there is some recognition that grandparents need rights. The Supporting Grandparents Raising Grandchildren Act, signed into law in July, creates a federal advisory council to coordinate resources for grandparents, and to research how best to create stable homes for children of addiction.

It does not, however, affect state custody laws.

Schaedel is determined to change things for the better. But even she admits her desperation could take a turn for the worse.

If you’re a grandparent and want to contact Sen. Aaron Bean's office about this issue, you can reach his Jacksonville team at (904) 757-5039. 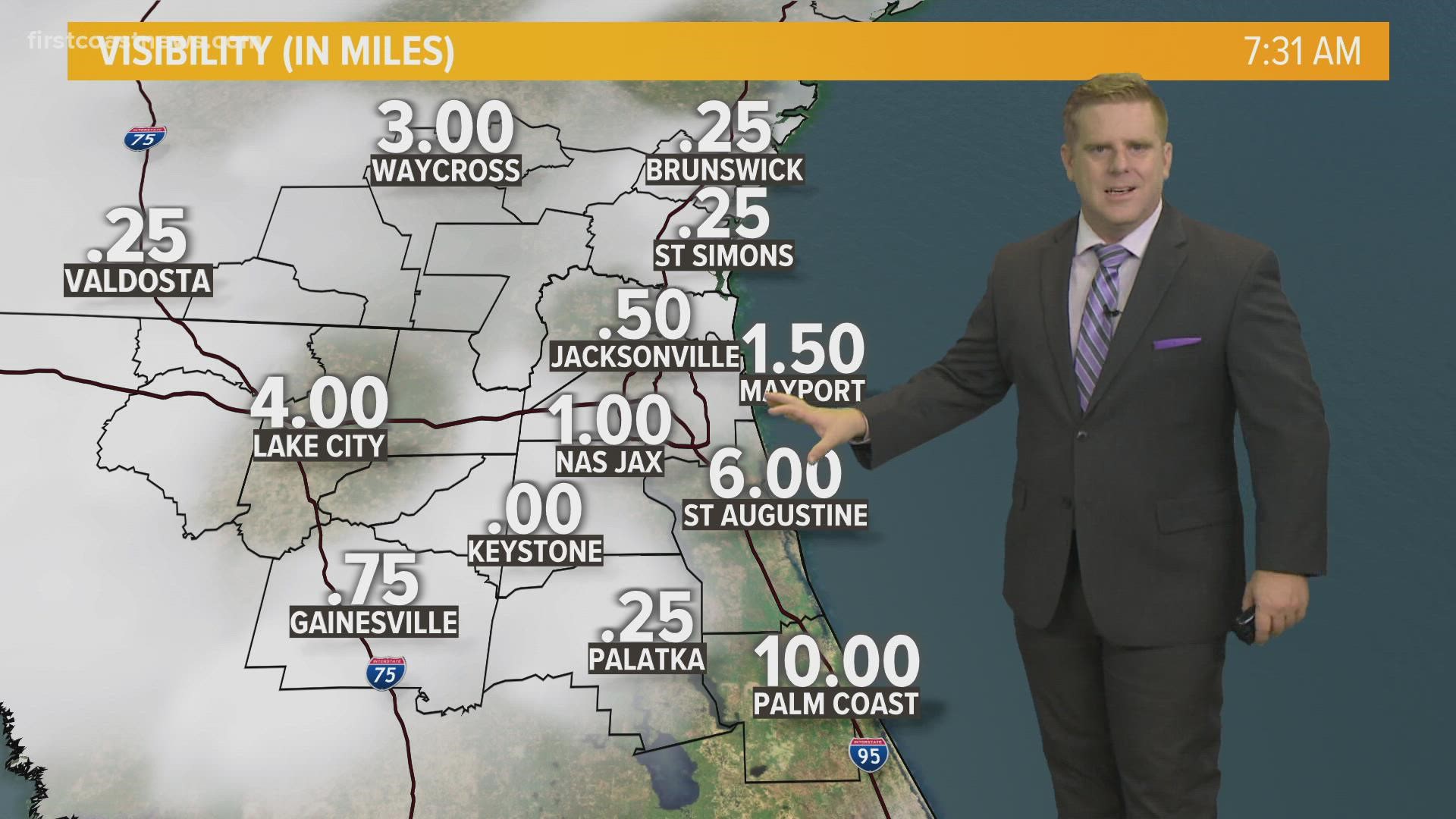