Frustration builds over disorganization, some behavior at Orange Crush Festival

Jacksonville Beach Mayor Chris Hoffman said the festival organizers never directly communicated with her or got any permits. 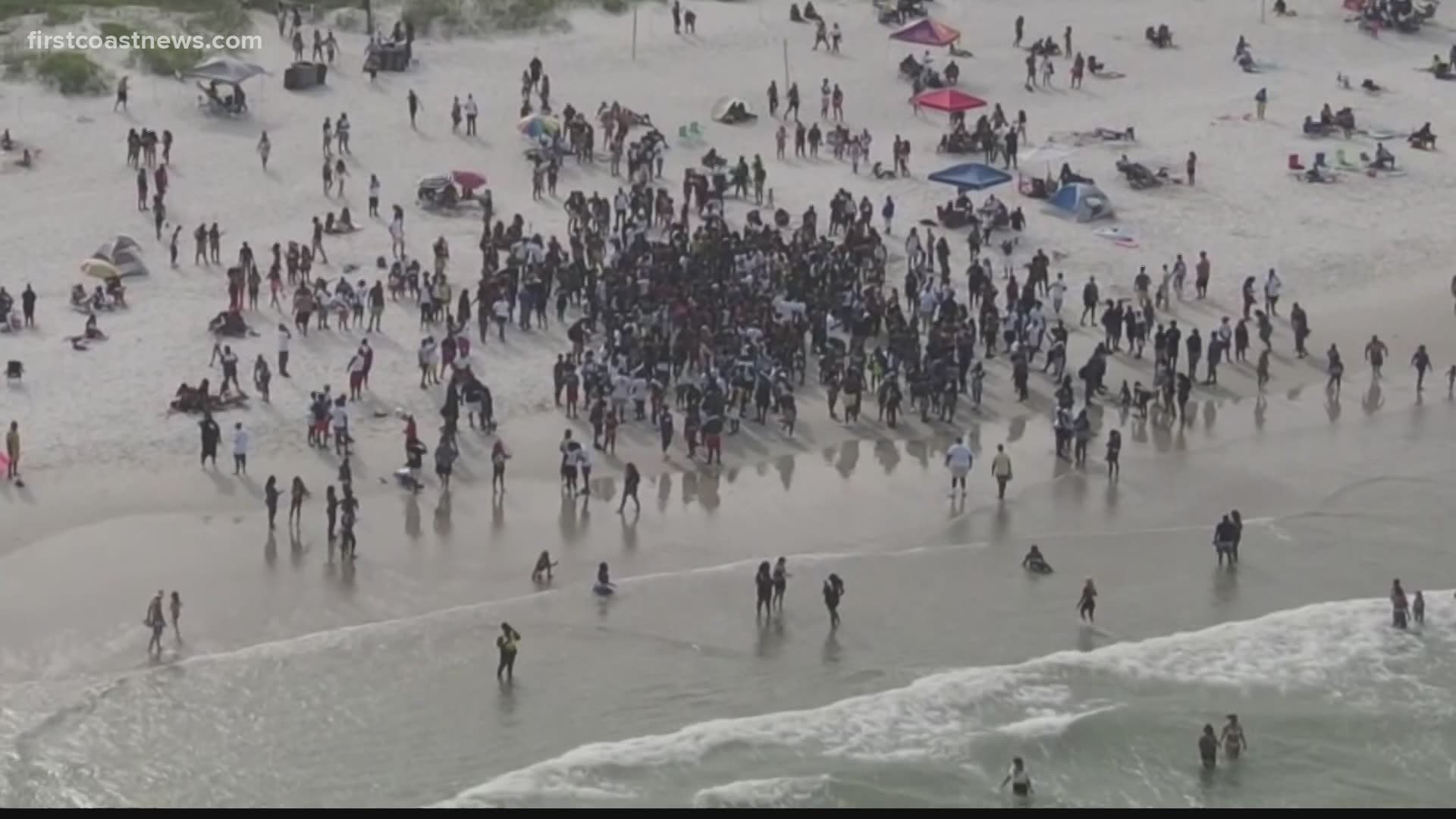 JACKSONVILLE, Fla. — Frustration is building among city leaders and business owners in Jacksonville Beach with the three-day Orange Crush Festival taking place this weekend. The mayor is blasting event organizers, while a local faith leader believes the area is being trashed.

"They were lovely people, but the lawlessness and also just coming into the city without a permit, we shouldn't allow that," David Lyons said.

David Lyons is an assistant leader at Adventures in God's Creation in Jacksonville Beach.

"It was just people being rowdy and throwing garbage everywhere," Lyons said.

"If I was walking around with a beer, I know a JAX Beach police officer would walk up and ask me one, what do I think I'm doing and two, either give me a ticket or take me to jail for breaking the law and smoking marijuana in public," Lyons said.

"We'll put together a summary following the event of the whole event and if there were any arrests. I know there was one routine traffic stop that resulted in finding some illegal items," Jacksonville Beach Mayor Chris Hoffman said.

"I'm not impressed," Hoffman said. "It's cost us a lot of resources, and now we have to prepare for anything and everything versus having knowledge of what's going to happen and having a real schedule."

Hoffman said because the event organizers didn't pay for any permits, ultimately taxpayers have to foot the bill for the festival.

"My problem is not with the attendees," Hoffman said. "My problem is with the organizers of the event, and if I ever have the chance to ask those individuals to not plan an event here, I will."

This is the scene at a rainy #JacksonvilleBeach, where turnout for #OrangeCrush2k21 has been far less than expected. Mayor @votehoffman says event organizers communicated very poorly and never got permits. I'll have more tonight on @FCN2go. pic.twitter.com/mFVZGVUjWw