He was homeless and suffering in silence, but he held onto a dream of making his life better. 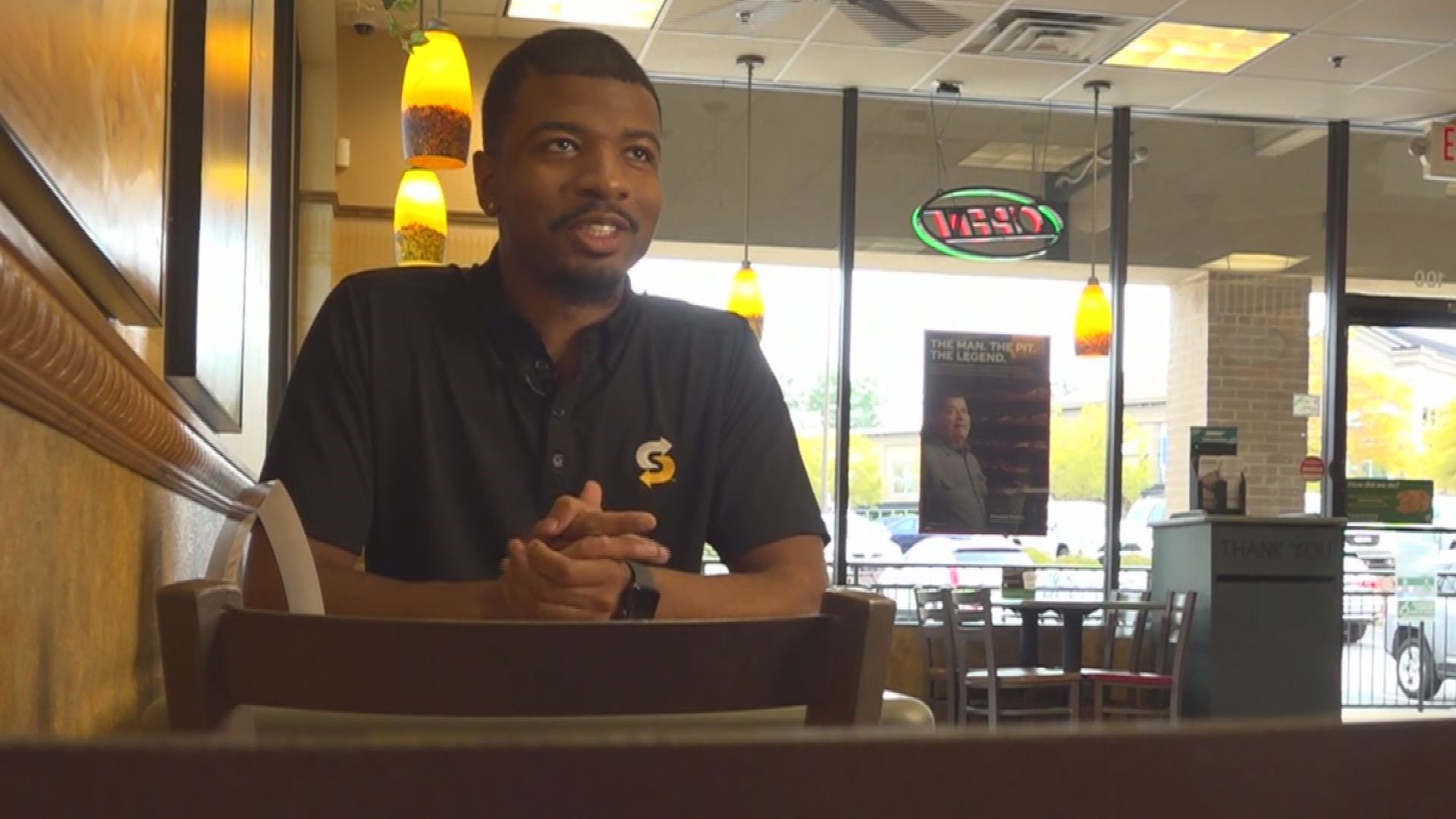 At 27, he’s one of the youngest Subway franchise owners in metro Atlanta.

"The best part of being your own boss is that you get to eat your own cookies whenever you want to," he joked.

Williams grew up in Chicago, but in 2017, he was hoping for something better.

"When I left ... my goal was to pursue a better life," he said. "I was tired of the gang violence, the poverty, the drugs."

Williams took a leap of faith - to Phoenix for finance school, but he dropped out and landed a job in Miami. He didn’t, however, have the means to land on his feet.

"I had to sleep in the car, and I expected it to be maybe a couple weeks, maybe a couple pay periods, and it ended up turning into three months," he recounted.

He was homeless and suffering in silence, but he held onto a dream of making his life better.

He found a way to make it work, relying on a Planet Fitness for a hot shower, a place to store clothes and get dressed on the way to work.

"I owe planet fitness an apology," he said with a laugh.

Williams said he got a job in Atlanta and set his eyes on never experiencing homelessness again, so he spent nearly a year learning about owning his own restaurant franchise - and saving.

"I understand the potential and the power of owning your own store, and the impact it can make your community," he said.

"I’m the youngest Subway franchise owner in Atlanta," he said. You can grab a bite to eat at his location at East Cobb Subway store on 3165 Johnson Ferry Rd., Marietta, GA.

And he has a message for other young adults.

"I would say don’t give up. Don’t quit and never take no for an answer," he encouraged.

In a statement to 11Alive, Subway called Williams' story inspiring.

"As a 27-year-old Subway franchise owner, Chris Williams’ story as a young entrepreneur is inspiring to many, and we are happy to have him as a member of the Subway family.”

She could be the first woman on the moon

History Made: First woman to serve as dean at Emory Law