'Free Cuba' protesters caravan across Jacksonville, push for U.S. government to do more

Protesters caravanned from Jacksonville Beach to the Landing downtown, led by a truck with the sign "SOS Cuba." 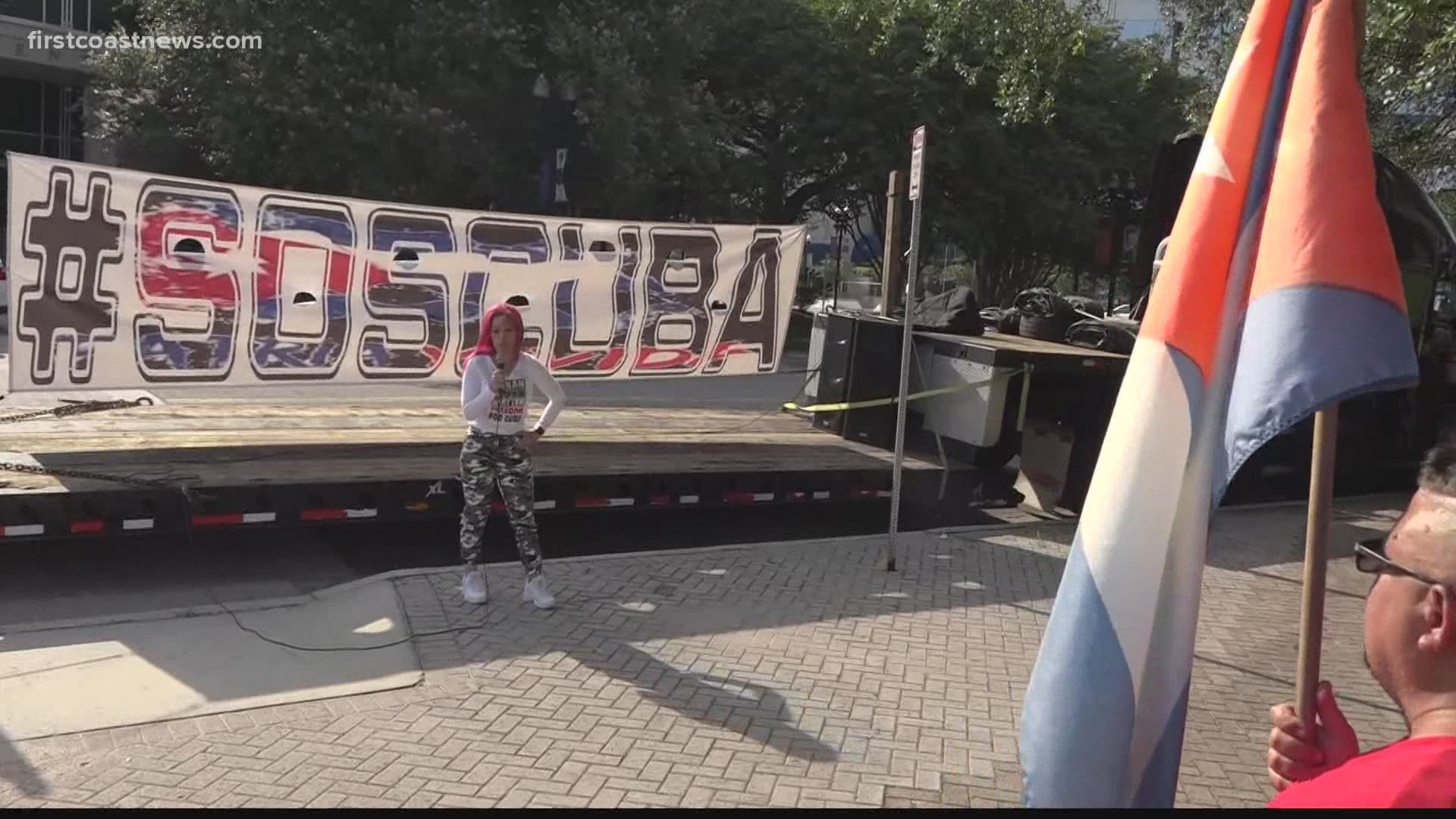 JACKSONVILLE, Fla. — No food. No medicine. No freedom in Cuba. This is why protesters on the First Coast say they are taking to Jacksonville's streets.

On Saturday, protesters caravanned from Jacksonville Beach to the Landing downtown, led by a truck with the sign "SOS Cuba."

Protesters want the U.S. to do more to help Cubans fighting for what America stands for. They also want more fellow community members to stand with them so that those fighting for freedom in Cuba can see they are not fighting alone.

Many protesters were born in Cuba like Jose Martinez.

"The Cuban people have been living for 62 years under the boot of communists," he said. "I was four years old when that began. You are afraid all day."

Others still have family in Cuba like Heidys Sancho.

"They have no medicine," she said. "I'm very worried because if my family, they go to the hospital, I'm pretty sure they not gonna have any medicine."

Many of the protesters say the U.S. is not doing enough.

"Just basic human rights are being violated and that's why we are asking for intervention," Guadarrama said. "That's why we're asking for the United States to do something."

Protesters say the protests in Cuba have been going on for 62 years in the making.

"You live in a communist country," Martinez said. "It's not easy to make a little movement. You cannot move."

Now that movement is happening, protesters say they must use their freedom in America to fight for those who don't have it in Cuba.

If you missed @FCN2go at 6, I spent some time today with Carlos Hernandez because we both got to the Landing pretty early ahead of the #FreeCuba caravan heading there from Jax Beach.

He got emotional talking about why he says supporting #Cuba is so important. pic.twitter.com/t2Iqd40Tax