FPL: Solar power without solar panels will soon be available

The Florida Power & Light utility plans to unveil "Solar Together," a subscription program giving customers access to solar-sourced power without need of equipment 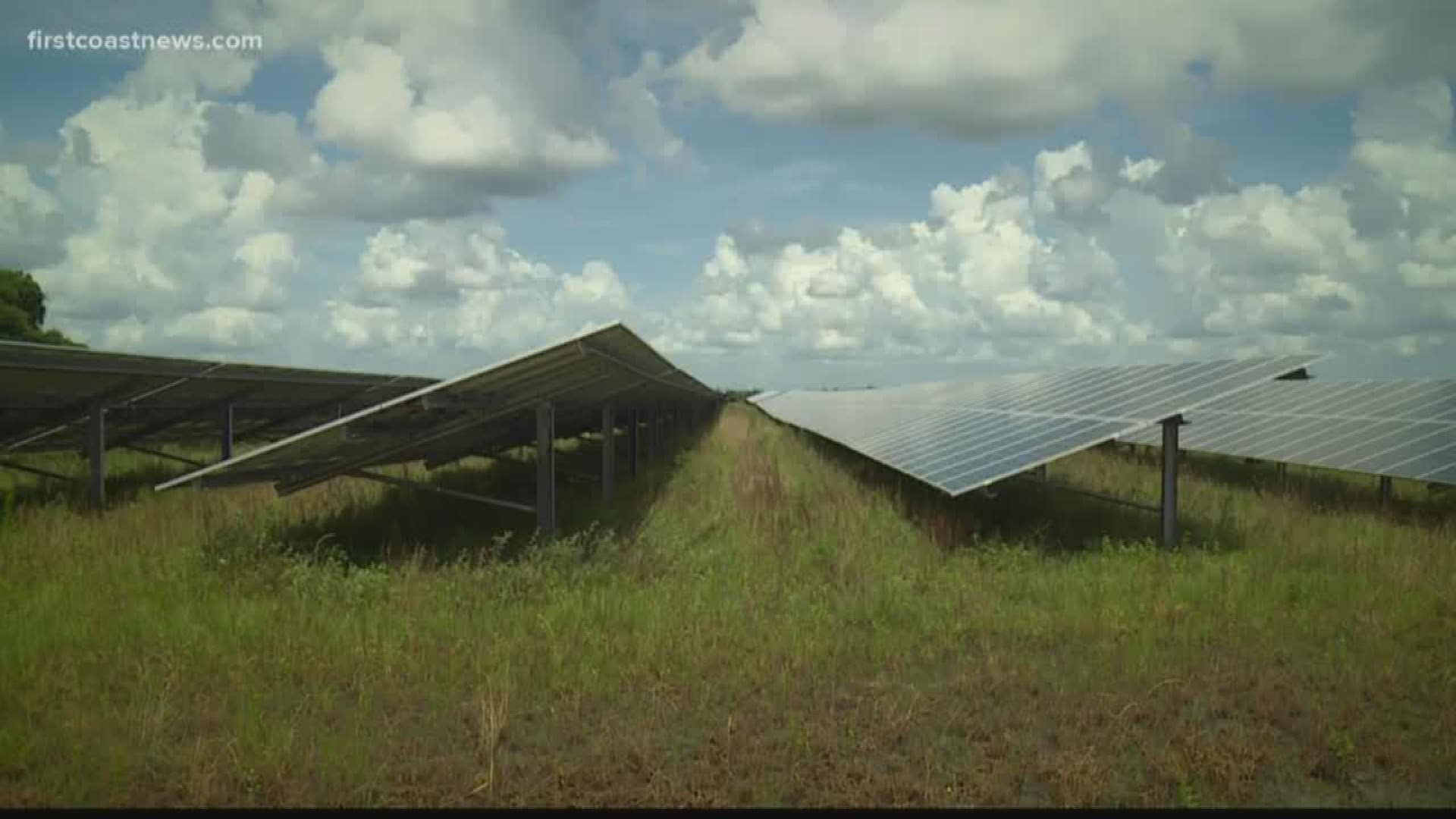 JACKSONVILLE, Fla. — Florida Power & Light says it will soon make the availability of solar-sourced electricity a reality for all of its customers.

The utility, which serves most counties on Florida’s First Coast except Duval, plans to unveil a program called Solar Together, offering customers the opportunity to subscribe to have all or some of their electricity come from solar generation.

As part of the Solar Together program, FPL plans to increase its solar panel count statewide to 30 million by 2030, building 20 new plants in the process. Some of those plants, Heiman says, will be in Union, Baker, St. Johns, Nassau, and Clay counties.

Starting March 17, FPL customers will be able to subscribe to Solar Together, choosing to have some or all of their electricity to be solar-sourced. The plan doesn’t entail equipment installation at individual homes, which Heiman said is one of several benefits.

“It meets that customer demand for access to solar,” he said, pointing out that many customers otherwise cannot practically use solar, “whether it’s their financial situation, they rent their home, they live in a condo,” he said.

Other deterrents can include lack of roof space or too much shade. Heiman said Solar Together also removes the worry for those who don’t intend to stay in their home for a long time.

“Unlike traditional rooftop solar panels, this program can go with you," he said. "You don’t have monthly maintenance fees. They can take this program with them if they move and they remain in FPL service territory.”

But it does come at a cost. Participating customers will see line item costs and credits associated with the program on their bills. At first, Heiman said, the net result for a typical customer is an added monthly cost of a little more than a dollar per month. However, the costs gradually ebb and the credits enlarge with time.

“In about three-to-five years, a participant will start to see the credits outweighing the subscription charge,” Heiman explained. “From there on out, it is strictly a payback on their bill, helping to lower those energy bills over time.”

Heiman pointed out that that same typical customer can expect to see a net bill reduction of more than three dollars per month by the 10th year, but he cautioned that while customers can opt-out at any time without penalty, those who cancel in the early-going aren’t reimbursed those initial up-front net costs.

“We understand three-fourths of people that it’s going to benefit, or that are participating, are actually commercial projects,” she said. Demonbreun explained that her organization’s main mission is to help individuals make good decisions about going solar based on factors including local law and policy. She said Solar United Neighbors also supports local community solar cooperative groups.

While she shares the general enthusiasm for making solar power more accessible, Demonbreun cautioned that large utilities sometimes treat community groups as competition, potentially to the detriment of individual households.

“We just want to make sure that solar owners and community solar that benefits respective communities throughout the state is included in conversations now and certainly moving forward,” Demonbreun said.

She also voiced concern about the land that FPL is using to build its solar plants.

“There should be another question too,” she said, “making sure that the land is suitable for it and we’re not just using up our forest land.”

“The visibility of it in the state is terrific. It’s really a win-win,” she agreed, but she wasn’t convinced that the plan will yield savings for enough customers. “The reduction in the energy bill, I’m not so sure that it’s actually a benefit to most people.”

Further, she was skeptical that FPL might be passing on some of the costs associated with Solar Together to non-participating customers.

“That additional cost and passing it on to everyone -- have they addressed that?” she asked rhetorically. “I don’t think they have.”

Demonbreun agreed that the program can be good for some customers.

“Everyone is excited about more solar in general,” she said, urging all customers to consider solar but to do their homework before committing to a course of action.

For information and assistance with research, Demonbreun invited utility customers to contact www.solarunitedneighbors.org.

For more information about FPL’s Solar Together program, click here.

FPL said that on March 17, when the plan becomes available, the company will also unveil an online calculator that can project estimated costs based on individual customers’ energy use patterns.