The four veterans from four branches of the military are raising money in their group "Foar From Home" to bring attention to suicide and PTSD among veterans. 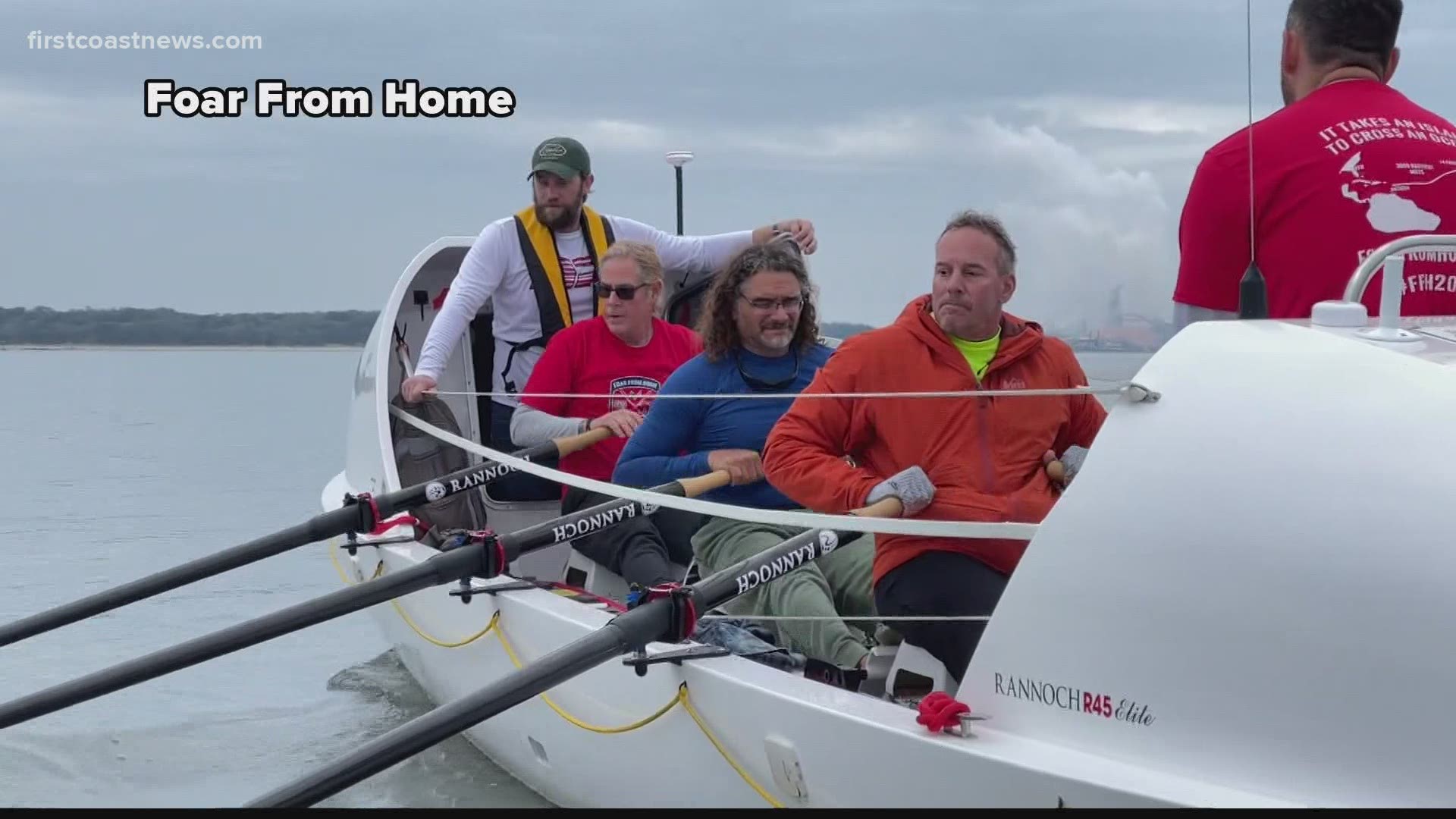 FERNANDINA BEACH, Fla. — National data shows more than 6,000 veterans die by suicide each year. Nearly four in 10 are older than 55.

Now a group of veterans from Amelia Island are planning to row across the Atlantic to raise awareness for their comrades in crisis.

"Myself and three other veterans from the Army, Navy, Air Force, and Marines in December 2021, we are going to row across the Atlantic Ocean," said SSgt Paul Lore (ret.), who served in the U.S. Marine Corps.

The rower is named 'Courageous', and the four veterans will be taking her across the Atlantic Ocean. It's expected to take them 50 days to row 3,000 miles.

The four veterans have already been preparing to set sail.

"All four of us rowers are on the indoor rower at least four to five days a week in conjunction with our CrossFit training," Lore said. "We also have to pay attention to nutrition and the mental aspects of training."

The group launched off the Dee Dee Bartells Boat Ramp Sunday morning to practice for the big mission. A crowd of several dozen supporters watched the first test run.

"It really becomes an endurance event. You're exposed to the elements during the day. As you can see, there's no cover on the boat. Certainly weather is an issue when you get in the rough seas," said SCPO Hupp Huppmann (ret.), who served with the U.S Navy.

The veterans who formed the group Foar From Home say it's all worth it to help our nation's heroes.

"Veteran suicide, it's a serious problem in the United States," Foar said. "I hope our row brings really national attention to this problem."

The veterans will put oar to water leaving from the Canary Islands on December 12, 2021 and rowing for about a month and a half until they end up in Antigua.

Barring any major breaking news, @FCN2go photojournalist @RodT1stCoast & I will be live Sunday on #GoodMorningJacksonville with a group of veterans who will row across the Atlantic Ocean for #veteran #SuicideAwareness. They're launching the first test run in #FernandinaBeach, FL. pic.twitter.com/mu07PZsoei

Four #veterans from four different branches of the #military had a the first test run in their rower "Courageous" at #FernandinaBeach, FL. The group, known as "Foar From Home" will row 3,000 miles in the Atlantic Ocean to bring awareness to #veteran suicide. @FCN2go pic.twitter.com/46oOIv8737