Former Santa Maria restaurant property in St. Augustine one step closer to rebirth as 'The Wharf'

The former Santa Maria Restaurant property is an important step closer to starting a new life as “The Wharf,” thanks to an approval by St. Augustine's City Council. 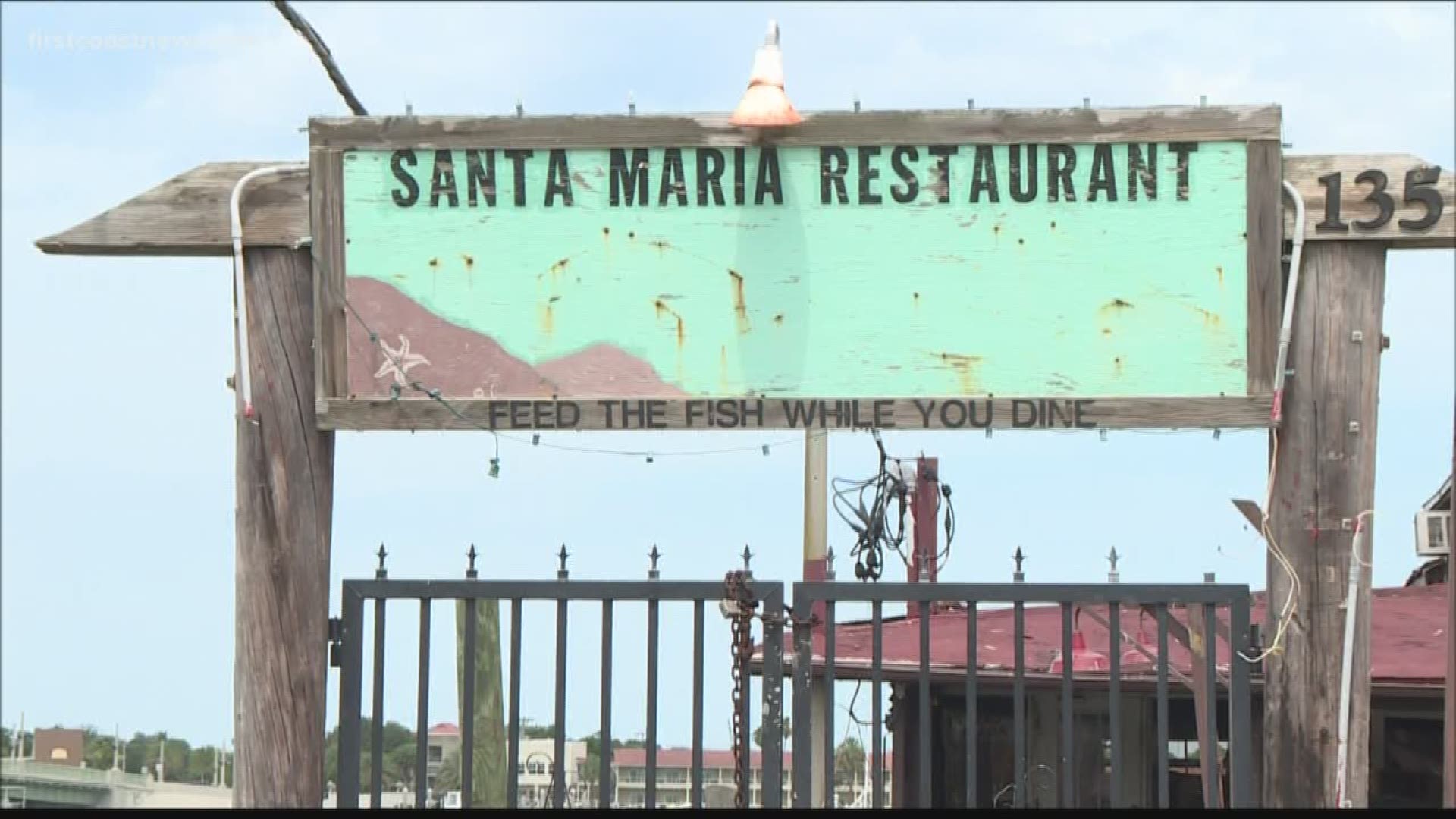 ST. AUGUSTINE, Fla. — It still looks the same – dilapidated, storm-ravaged, abandoned and empty – but the former Santa Maria restaurant property is an important step closer to a new life as “The Wharf.”

Monday night, St. Augustine's city council approved a request to grant so-called “vested rights,” allowing the property’s current owner, the White family to build their planned one-and-a-half-story “Wharf” to the previous seating capacity of 156 inside and 42 outside without providing additional parking. Santa Maria and its predecessors that occupied the overwater property didn’t offer dedicated parking.

The council’s approval also allows the owners to erect a neon sign bearing the new name, similar to the deco-styled sign that once adorned the roof of the Santa Maria. The vested rights did not address noise concerns.

“There are two hotels right next door," nearby resident Bruce Maguire told First Coast News. "There's a B&B almost next to that, so how are those people going to get a good night's sleep if there's a lot of acoustic music? But that's not addressed.”

Mac McLeod, the attorney representing the White family, who addressed city council Monday evening, acknowledged Maguire’s concern verbally, even if not within the legal request.

Monday night’s decision means the owners will have to apply for approval from the planning and zoning board if they wish to expand seating capacity, which has been discussed with an eye toward seating for about 300. But McLeod sounded confident that the Whites have those bases covered.

“The White family has other businesses downtown, so if the additional seating is granted, we have the parking to take care of that,” he said.

The vested rights granted also do not cover potential plans for a dock to accommodate visitors by boat. Such plans have been a bone of contention, particularly to owners of vessels at the St. Augustine Municipal Marina, who have voiced worry about a dock being a navigational hazard. Recent discussions have possibly placed a dock slightly farther from the marina side of the restaurant, to appease the concern.

McLeod contended that a dock would help to alleviate street parking impacts, especially in the event of expanded seating capacity in the restaurant.

“We say it does,” he said, “because if you’re going to have 14 to 15 boats at a dock and you can put anywhere from four to eight to 10 people on a boat -- that certainly reduces the volume that you would need for parking. And we have a deal in the works with one of the tour trains, to bring people there who aren’t going to take cars at all.”

With further steps involving planning and zoning still ahead, McLeod hesitated to pinpoint an exact timeline for building and eventual re-opening.

“If it was up to the Whites we would start tomorrow,” McLeod said with enthusiasm. “We’re hoping to have things done within months.”