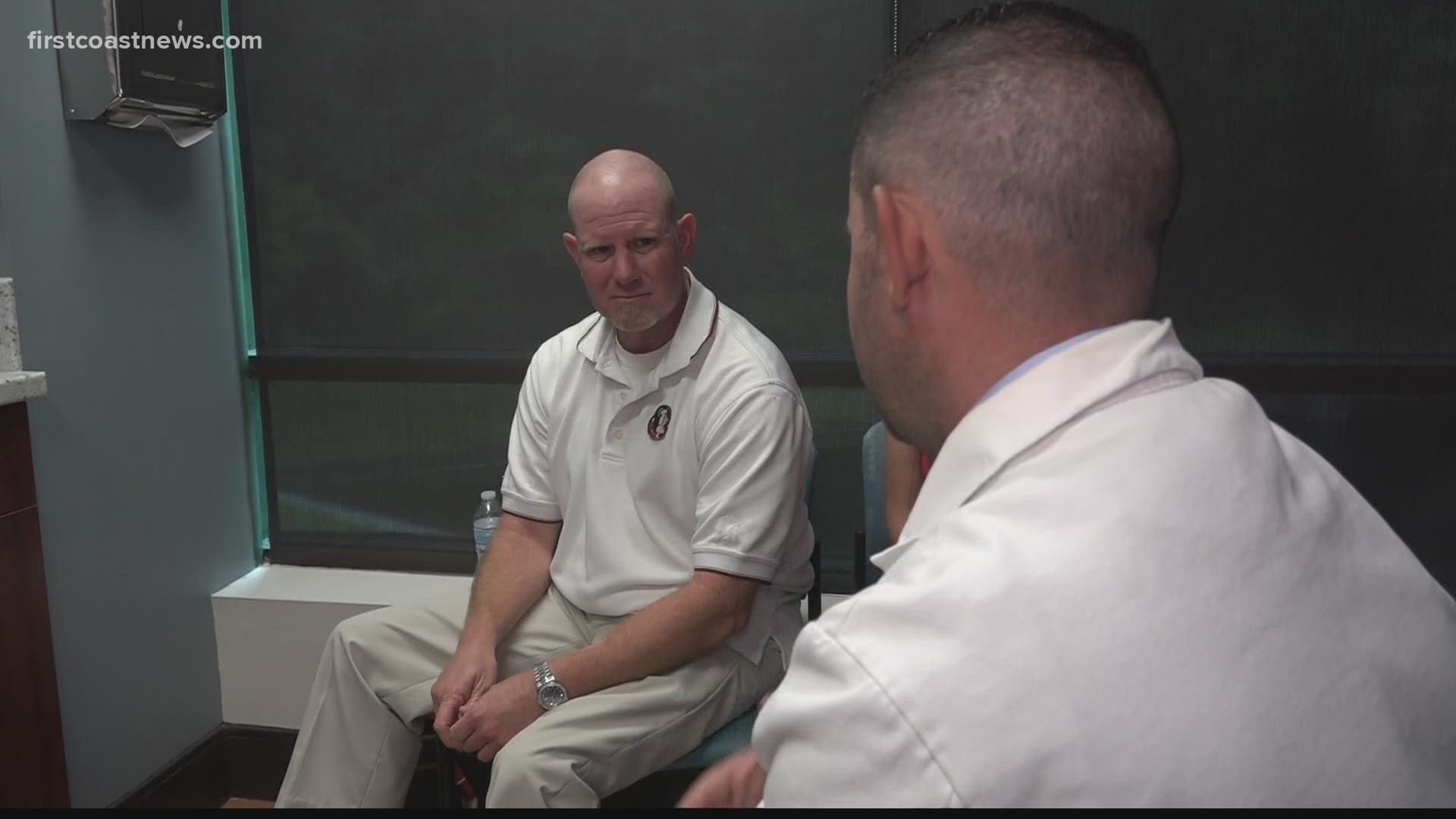 JACKSONVILLE, Fla. — A Jacksonville man is defying the odds after an accident left him unable to move. He won the national middleweight kickboxing title in the early 2000s and ended up fighting to regain his active lifestyle.

A serious car crash changed Mark Carmichael's life on that rainy day. He hydroplaned on the road and struck a pole.

“My neck was broken in two places. All my ribs were broken. My sternum was broken. I had three damaged vertebrae," Carmichael said.

Carmichael's right leg and ankle were also broken. His left foot was almost severed. He saw 20 specialists, and none of them could help him.

“I only had a 3% chance to ever walk again, and if I did walk again, I would never walk without a cane or a walker," Carmichael said. “The only answer was to amputate."

Then he met Dr. Jason Piraino with the UF College of Medicine in Jacksonville, who changed his life with an operation only performed a few times in the country.

Normally an implant would go through the front of the ankle, but because of Carmichael's skin grafts, they had to go through the back, making this the first reverse total ankle replacement in Florida.

“We had to go through the Achilles tendon and move it out of the way, and when you’re going the other way, it’s almost like you’re operating in a cavern," Piraino said.

The former kickboxing champ made a full recovery, and he can even practice some of his old moves.

“You can’t give up," Carmichael said. "You’ve got to keep pushing forward.”

Carmichael proved the original doctors wrong. Now he dances and walks on his own, all while looking forward to a new chapter in life.

Mark Carmichael was a former middleweight champion kickboxer until a car crash caused him to have 21 surgeries in 28 days. The picture on the right is after total ankle replacement at @UFHealthJax. I'll have more on the procedure and his journey to recovery tonight on @FCN2go. pic.twitter.com/kV2eHMpBeB