“There is a tremendous amount of outrage, anger and suspicion in the community right now." 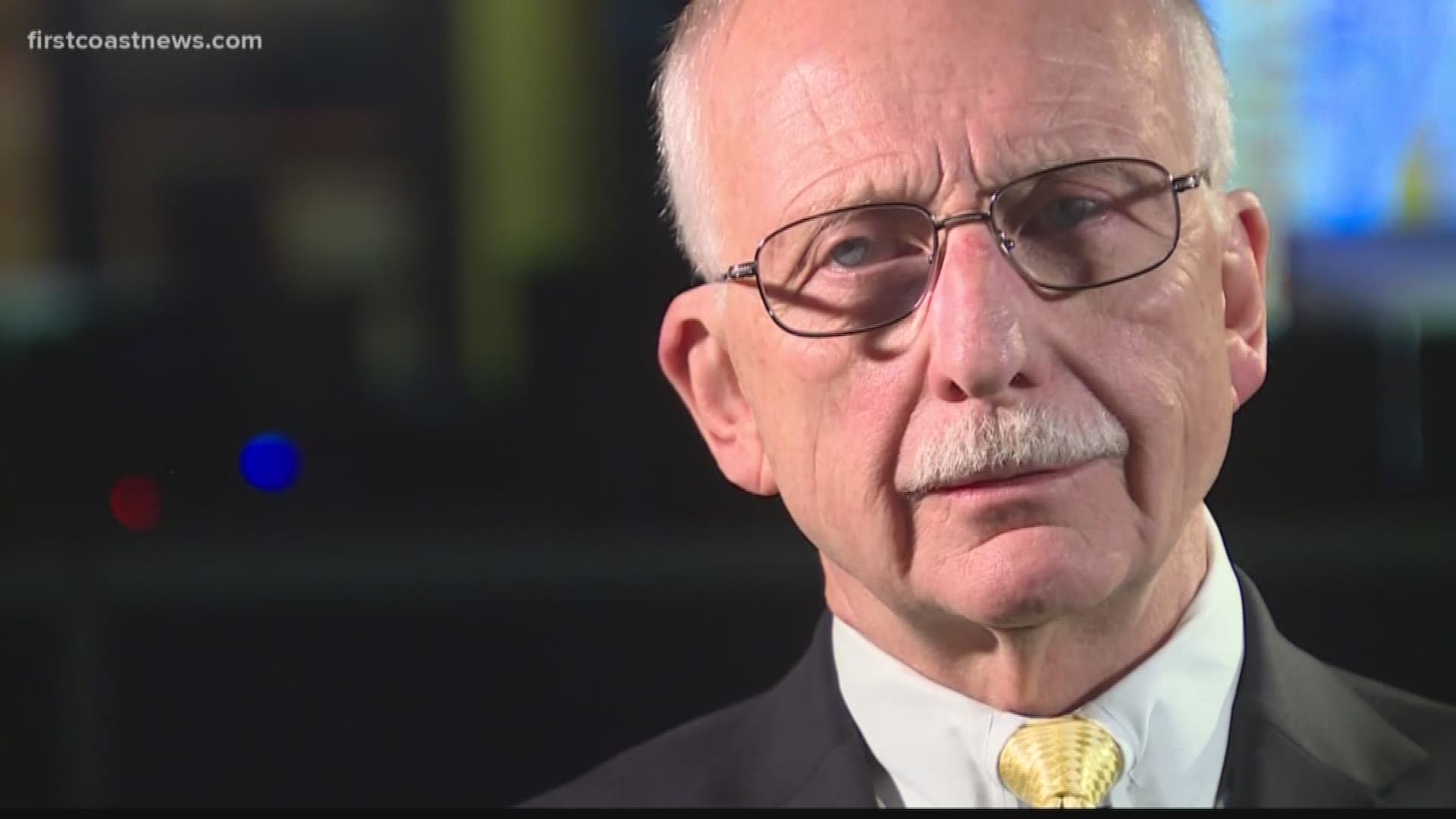 One of the most notable members in the new group is Mike Hightower, a former JEA lobbyist, board members and chief public affairs officer. Hightower also used to be a support of Mayor Lenny Curry. He says he voted for Curry "the first time".

"This is personal," said Hightower. "Those are good people who work there."

He retired frm JEA in June of 2019. He says former JEA CEO Aaron Zahn was consulting more with the mayor’s office and no longer heeded his advice.

"It became very evident that he would have preferred to listen for political and media advice from the mayor’s staff," he said. "I’m a big guy, I realized he needed to pick his own team and listen to what he wants. I just went, ‘I’m not part of the team’, and I’m okay, it’s his prerogative. He didn’t want to take my advice, he wanted to listen to the mayor’s staff, that's his prerogative."

Now, as Hightower pursues an opportunity leading the 'Our Jax' movement, Zahn remains on administrative leave and under investigation, along with the entirety of JEA after their failed attempt to sell the public utility through an Invitation to Negotiate, or ITN, process.

The formation of 'Our Jax' has been in the works since early October of 2019.

Michael Ward, the former CEO of CSX, has been designated as the Chairman of ‘Our Jax’. In December, Ward told First Coast News he felt “outraged” by recent decisions made by the JEA Senior Leadership team.

“The purpose of OurJax.com is to prevent a situation similar to what has transpired over the last few months, where the community’s faith in their government was rocked to the core," said Ward in a statement. "While the ITN process is dead, the concept may not be. OurJax.com seeks to bring like-minded individuals to not only prevent the sale of JEA for the foreseeable future but to also shine a light on the dealings of JEA."

David Miller, the co-founder and executive chairman of Brightway Insurance, has also been selected as a director for the organization.

“Thanks to public records requests and reports by local media we now know the millions spent on the ITN process and the billions pledged by big corporations to buy JEA," said Miller in a statement. "OurJax.com focus will be on this issue, and future issues, including any legislation that is counterproductive to transparency, integrity, accountability and local control for our community.”

“Our community deserves to know the truth, the whole truth and nothing but the truth when it comes to JEAs entire ITN process,” said Hightower in a statement. “We support members of the Jacksonville City Council in their challenge for a thorough investigation in order to restore transparency, integrity, accountability and local control in our governmental entities.”

Mike Tolbert, a former corporate and political strategist who worked closely with former Jacksonville Mayor Jake Godbold, is one of the founding members of the group. He says 80 people joined the movement on their website within the first few hours of their launch Thursday morning.

“There is a tremendous amount of outrage, anger and suspicion in the community right now,” said Tolbert. “We wanted to create a place where people can join a movement to make the city better.”

Tolbert says they plan to partner with the First Amendment organization in Tallahassee, Florida so they can increase their resources, specifically in regard to researching and analyzing public record requests.

Tolbert says their first goal, when they were just beginning as a smaller group, was to put an end to JEA’s ITN bidding process. Once the JEA Board voted to end the ITN on Christmas Eve, Tolbert says they were relieved but believed their work had only just begun. They do not believe JEA’s pursuit to change the future of the utility is over, and their concern is not unwarranted.

An email sent out by JEA Interim Managing Director and CEO Melissa Dykes offers a reason to believe they are still pursuing other avenues for JEA’s unsettled future.

According to the email, Dykes describes that there are other options they can pursue, despite the public utility undergoing multiple changes in their leadership and currently dealing with multiple investigations into the handling of the ITN process.

Dykes says the ITN was just considered their "scenario #5" of the strategic planning effort.

There are two other scenarios that will be presented at a future JEA board meeting, the options of a Co-op and that of an IPO.

Dykes also said they are re-focusing on a strategy to pursue "targeted opportunities and charter changes to maximize value" of the public utility.

As Tolbert says, they plan to find out where JEA is heading next, and exactly how they got to this point. He says their mission statement is as follows:

We believe that governance and the public’s faith in our leaders has been shaken to the core by those who have, by their actions, shown they do not have the best interests of the citizens of Jacksonville in mind – even as they make important policy decisions that impact our lives every single day.

We believe our government should be accountable to local citizens, operate with transparency and integrity and be subject to local control. The laws of our city and our state demand nothing less.

And we are here to demand more.

OurJax.com is just getting started, and we ask you to please join us.

We’ll provide ways regarding how you can make your voice heard to those who represent and work for all of us in Northeast Florida, and require accountability for actions taken that are not in the best interest of all the residents of Jacksonville.

Collectively, we know we are stronger together than apart.

In a former version of this story, Jeanne Miller, the head of the city's Civic Council, was referenced on air. However; she has no involvement with the story. Her last name was mistakenly used instead of David Miller, the co-founder and executive chairman of Brightway Insurance, who is, in fact, one of the directors of the newly created 'Our Jax' movement.