'Not unhappy to be here,' Melissa Dykes' attorney says leaving court after she testified before a federal grand jury investigating the failed sale of JEA. 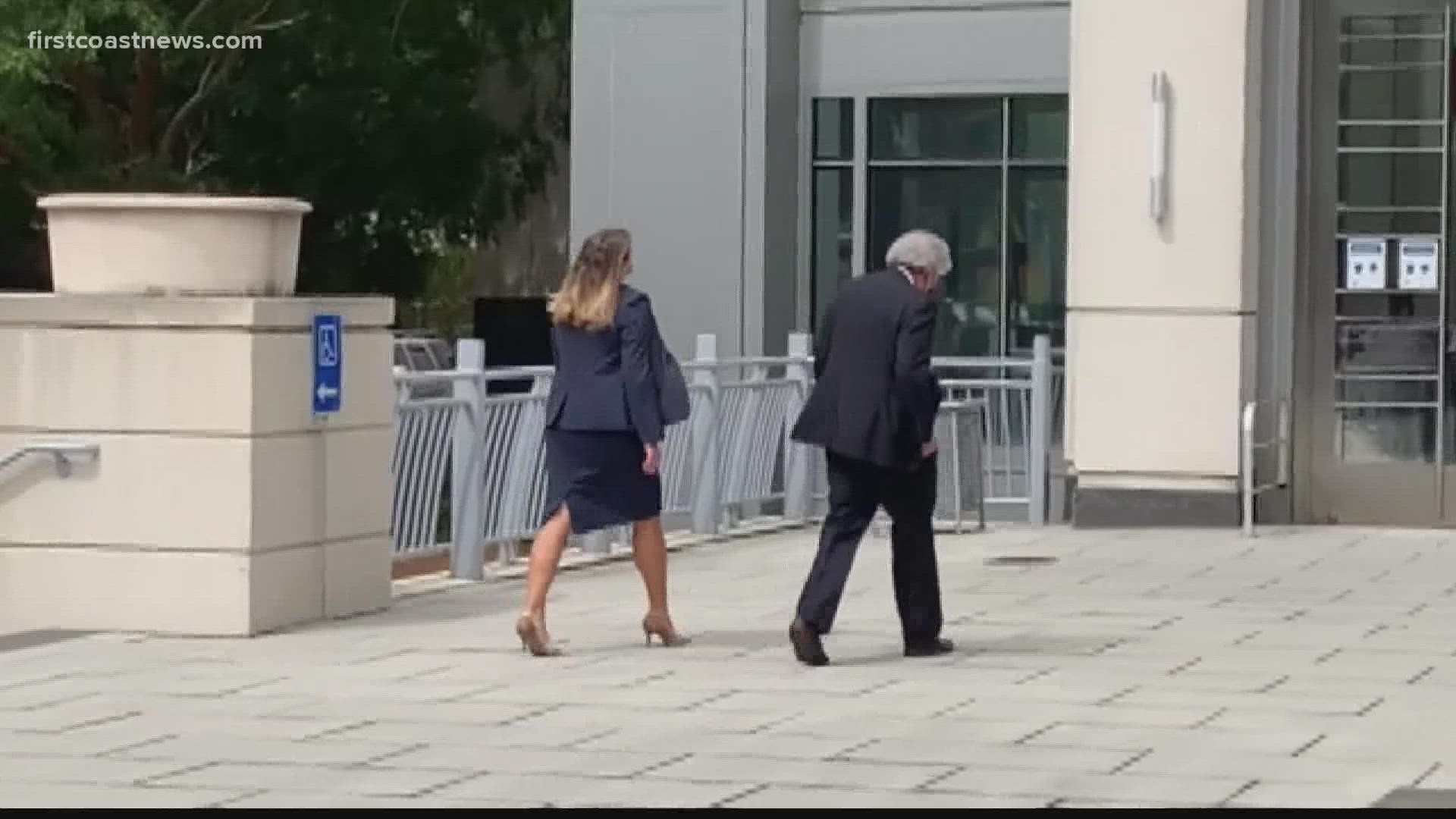 Former interim chief operating officer Melissa Dykes appeared in federal court Thursday to testify in an ongoing criminal probe into the utility she once ran.

Dykes said only "no comment" upon leaving court after testifying. But her attorney Hank Coxe said they were "not unhappy to be here," suggesting she is cooperating with the investigation and not its target.

Dykes is the most senior JEA official to testify before the grand jury investigating the 2019 effort to privatize JEA. As second in command to ousted CEO Aaron Zhan, Dykes is considered a key witness to what happened during his disastrous tenure. She previously declined to speak to a City Council committee investigating the JEA debacle.

The FBI and U.S. Attorney's Office have been investigating the failed sale since at least April 2020, when the U.S. Attorney’s Office subpoenaed thousands of pages of documents from JEA. As first reported by our news partners the Florida Times-Union, the grand jury began hearing testimony in March 2021 after a raft of subpoenas went out to people close to the privatization effort.

Dykes oversaw day-to-day operations under the tumultuous tenure of ousted CEO Aaron Zhan, who led the failed effort to privatize the city owed utility and created a controversial bonus plan that could have yielded millions for JEA executives in the event of a sale. Zhan was ousted by the JEA board in early 2020. Dykes was fired in April 2020, after board members concluded there was “a certain degree of taint that is on her” because of that association.

The day she was fired, Dykes told board members she had offered to assist the DOJ and FBI in their investigation.

However, she refused to speak with a Jacksonville City Council committee that investigated the failed sale, and which ultimately concluded the process was conducted with a "purposeful lack of transparency." The committee’s final report said Zahn used "intentional misrepresentations and omissions" to advance the sale behind the scenes.”

The report also conclusively linked Mayor Lenny Curry to the privatization effort, saying he “positioned” Zahn to lead JEA in a “move that would further burden the opaque sale effort.”

Dykes' attorney Hank Coxe told the committee in May 2020 that she believed the council probe would interfere with the federal investigation. Committee attorney Stephen Busey told committee members DOJ officials did not express those concerns. Dykes was the highest-level executive not to submit to questions under oath during the city’s investigation.

RELATED: JEA board fires interim CEO Melissa Dykes without cause, citing need to send a message