A 5th week of testimony in the federal grand jury investigation of JEA gets underway with testimony from two high profile ex-board members. 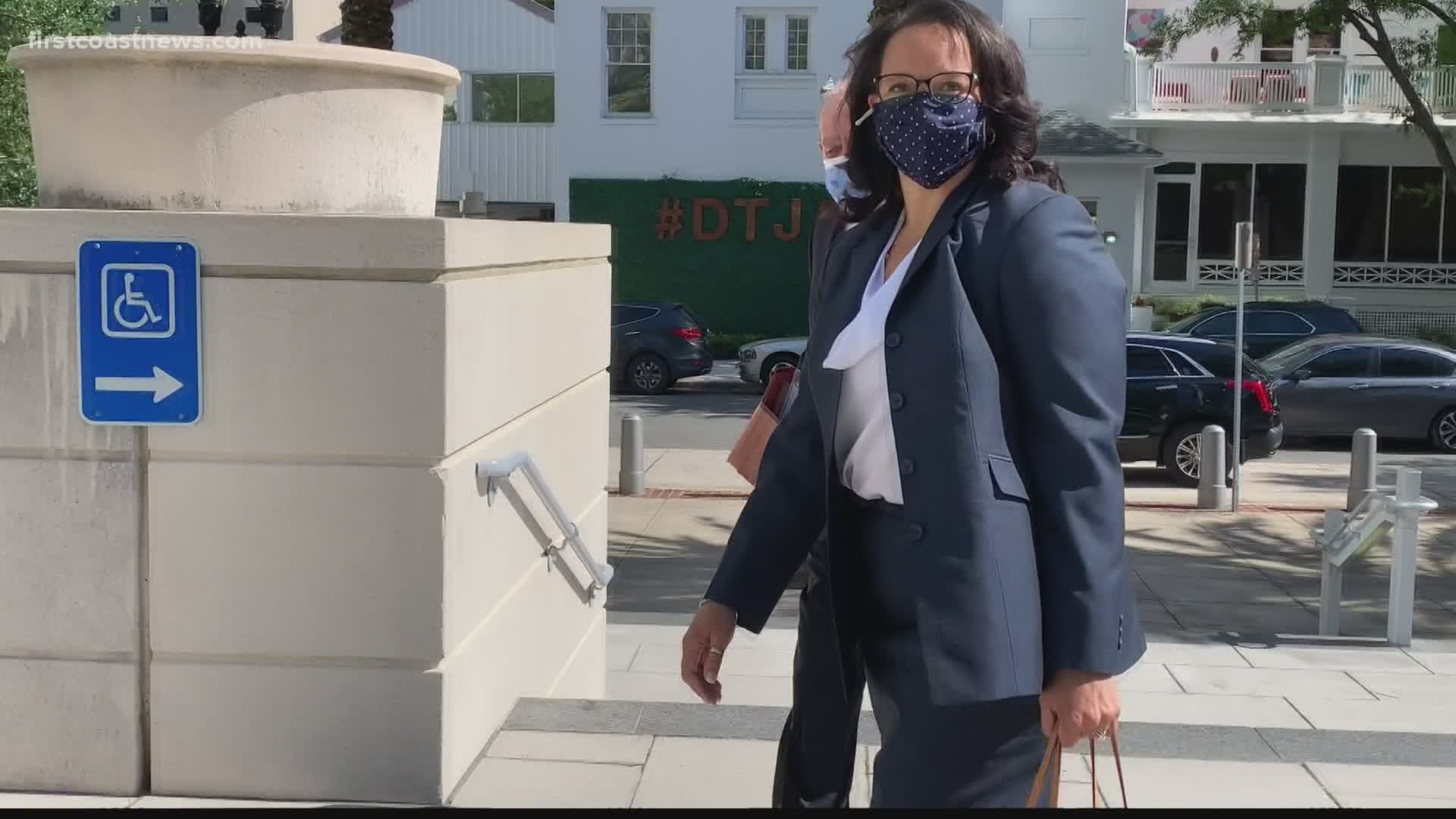 Flanagan earned distinction while serving on the JEA board for openly challenging ex-CEO Aaron Zhan about the lucrative employee bonus plan that is believed to be at the center of the current criminal probe.

Also testifying Thursday was former Board Chair April Green, who resigned after the board fired Zhan for cause.

At the time she said she felt deceived by Zhan. Asked for comment entering the court, Green said, “I’m just here to cooperate and get to the bottom of everything that happened.”

Of apparent special interest is the Performance Unit Plan, or PUP, that which Zhan proposed, and would have enriched JEA senior executives to the tune of almost a billion dollars, depending on the sale price of the utility.

There is no timeline for the federal investigation or any indication if indictments will follow.