Devin Mitchell, a Lawrenceville native, said he didn't want to just sit around and not help out. 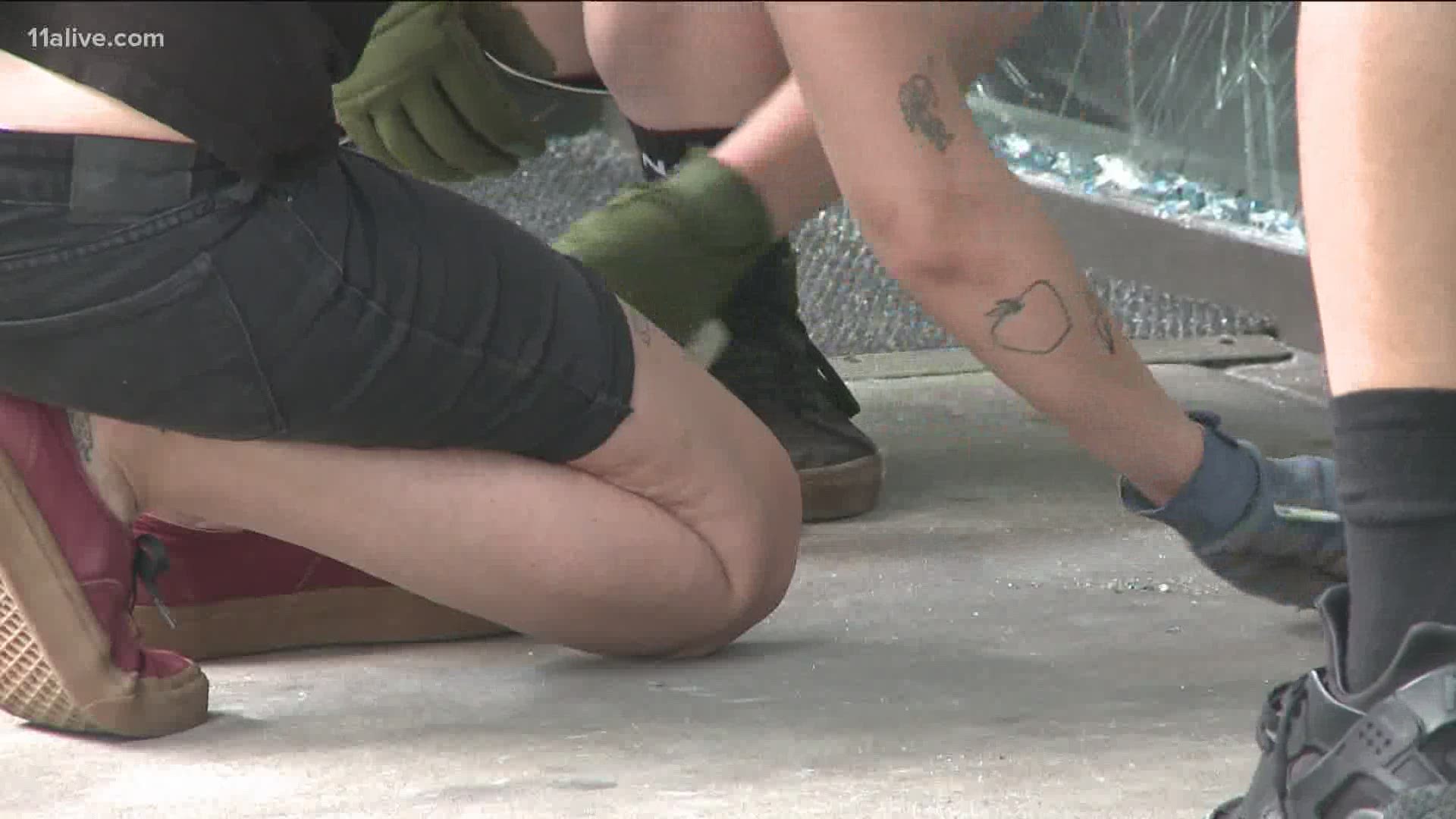 ATLANTA — Former and current athletes and coaches are starting to come forward and talk about the protests happening around the country. Some of them are peacefully protesting and helping with the day after clean-up in their hometowns.

“I didn’t want to just sit around and not do anything. I felt terrible about what happened to Mr. Floyd, it was a terrible thing to see," Mitchell said. "At some point, you have to step up and I got on Twitter and saw people going out there with trash bags, gloves, and masks and I couldn’t even sit in my bed anymore."

As someone who used to call downtown Atlanta home, the former Panthers’ guard said it “hit home” when he saw the events on Friday night unfold.

Other professional athletes like Pacers' point guard Malcolm Brogdon and former Atlanta Hawk and current G League guard Justin Anderson were among those protesting with Brown.

“Just to see Jaylen step up and lead, that’s just the person that he is,” said Mitchell, “To see them take a lead in the protest and to go out and try to be a voice I thought that was really important for Atlanta to see.”

Mitchell finished with a message about the city of Atlanta and his alma mater.

“One thing I know about Atlanta, and I can speak for Georgia State. We’re a unified group. People come together and people talk to each other," Mitchell said. "When one of us feels something, a lot of us feel the same way. Even if we might feel different at the time, I think Atlanta does a good job of everybody listening."