The boat trailer of JFRD firefighter Brian McCluney is still in Port Canaveral, where McCluney and his friend, Virginia firefighter Justin Walker, were last seen. 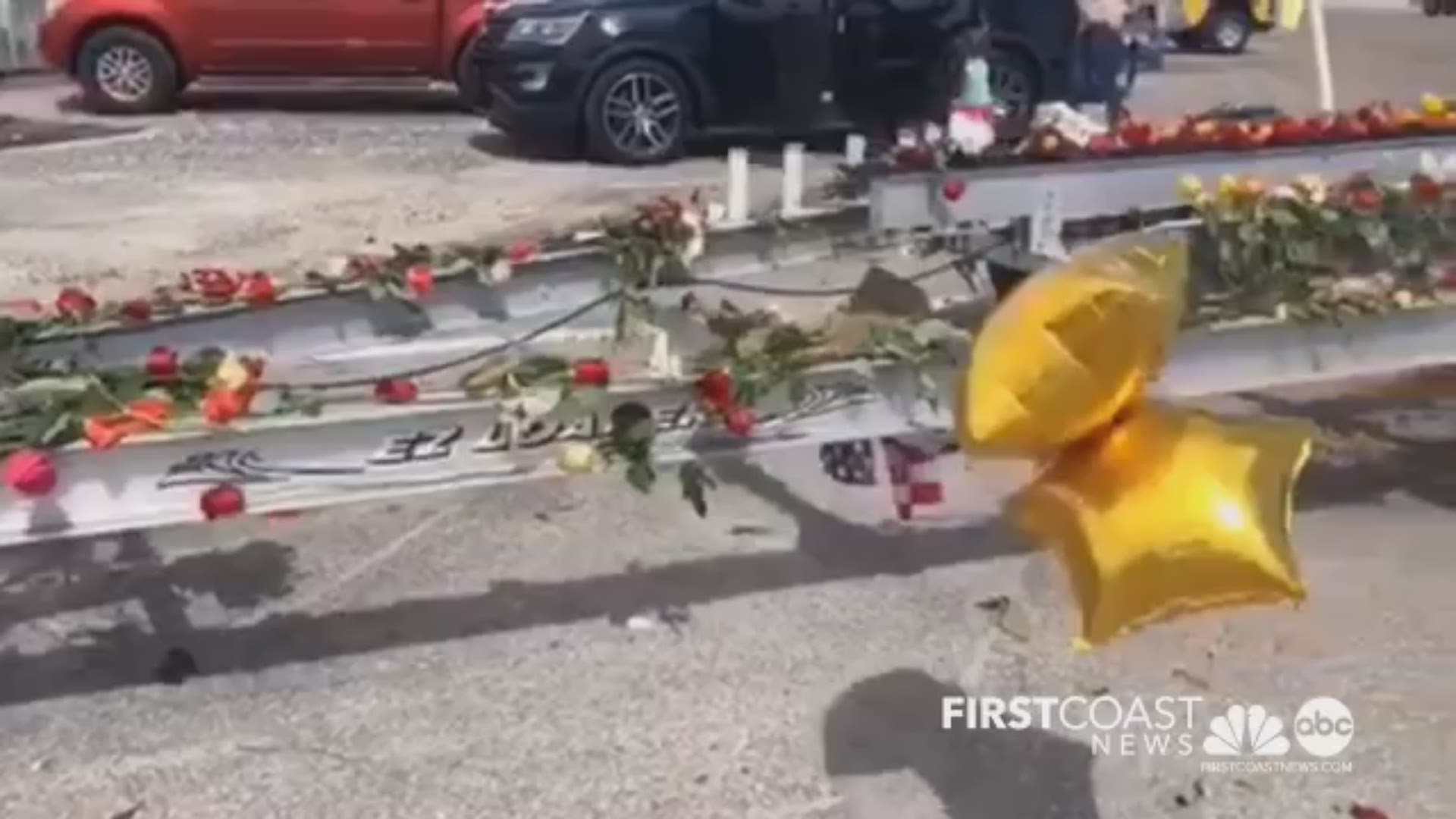 PORT CANAVERAL, Fla. — The boat trailer of a missing Jacksonville Fire and Rescue firefighter lost at sea has been turned into a makeshift memorial adorned with flowers, ribbons, candles and balloons.

The boat trailer of JFRD firefighter Brian McCluney still resides in the parking lot of a boat ramp in Port Canaveral, where McCluney and his friend, Virginia firefighter Justin Walker, were last seen.

The two went to Port Canaveral for what was supposed to be a short fishing trip on Friday, Aug. 16. When neither returned, JFRD, the U.S. Coast Guard and several other agencies embarked on a week-long search and rescue mission for the two firefighters.

The active search was suspended Thursday night, when neither the firefighters nor their boat were recovered.

"We had to make the extremely difficult decision to suspend the search at sundown," said U.S. Coast Guard Capt. Mark Vlaun on Thursday. "But when we suspend a search, we never stop operating."

The Coast Guard said that the search was called off due to the lack of new information and the decreased likelihood of success. The only signs of McCluney and Walker that was found was a tackle bag recovered on Tuesday, 50 miles east off the coast of St. Augustine.

"It's an extremely tough decision when you have a brother out there that you just can't find," said JFRD's Chief Keith Powers.

The search spanned over 105,000 square miles, twice the size of Florida, from Port Canaveral to New England.

"In my 25-year-career with the U.S. Coast Guard, I have never seen a larger search operation," said Vlaun during the press conference.

Though the official active search has ended, multiple volunteers and some out-of-state agencies are continuing to work to find McCluney and Walker. Representatives with the South Carolina Department of Natural Resources said they’ll continue their search throughout the weekend.

“Tens of thousands of wonderful people have given, and continue to give, their support in ways I would never have predicted,”Brian McCluney's brother, Kevin McCluney said on Facebook.

A benefit is being held Saturday at Fire Station 32, 8140 Lenox Ave., from 3 p.m. to 6 p.m. For $20, participants get a chicken dinner from Willards BBQ Junction served with BBQ beans, slaw and bread. Donations are also accepted. All proceeds will go toward the search efforts.

MORE ABOUT THE MISSING FIREFIGHTERS

RELATED: LIVE BLOG: 'It's an extremely tough decision when you have a brother out there' Active search for missing firemen ending at sundown