After a mother killed her two sons in an apparent DUI Saturday, a Nassau County judge granted the father emergency custody of his deceased sons and surviving daughter. 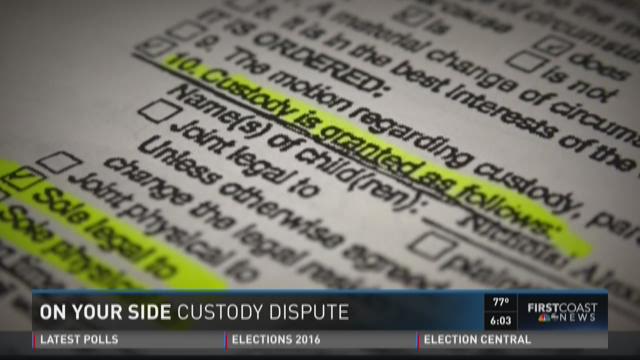 After a mother killed her two sons in an apparent DUI Saturday, a Nassau County judge granted the father emergency custody of his deceased sons and surviving daughter.

It was just the latest turn in a convoluted custody battle that has stretched across three years and as many states. The dispute even embroiled judges in Michigan and Florida, who came to very different conclusions about which adult should have custody of the three children.

Federal court documents and records from Newaygo County, Mich., where the couple lived for a time, show Tonya Capallia-Eason made multiple allegations of child abuse and violence against Andrew Bird. The complaints began sometime after Capallia-Eason took the children and moved to Florida in June 2013.

None of her complaints appear to have led to charges, and some were dismissed after an investigation found they could not be substantiated. Capallia-Eason did obtain a permanent order of protection from Bird in November 2014, but it appears to have been granted because Bird did not appear in Florida court to respond.

Family law attorney Patty Parker said it seems the rift grew after Florida began seeking child support from Bird in 2014 – required by Florida law when children are receiving medical benefits or welfare. Five months after the child support claim was filed in Feb. 2014, Bird filed for custody – in Michigan court.

Bird was granted custody – by a Michigan judge. But Circuit Court Judge Robert Foster in Nassau County disagreed. He said Florida, not Michigan, was the appropriate venue for the custody battle, since the children had lived in this state for more than a year prior to the custody filing.

Foster granted sole custody to Capallia-Eason – and even denied Bird the right to visit his children.

“It is unfortunate the two states have issued conflicting orders,” Judge Foster wrote, “but the Florida order is valid and enforceable.”

Bird said Thursday he recalled few details of the custody dispute, but agreed it “dragged on” for years.

“Honestly, I’ve never had this issue,” says Parker. “It doesn’t come up that often.”

Because the judges could not agree, Capallia-Eason took the matter to federal court. That court declined to get involved.

“Upon review of the case, however, it does not appear that Capallia-Eason has raised any claims that would fall within this Court’s limited jurisdiction,” US District Judge Michael Corrigan wrote. “Instead, her claims belong in state court.”

That was where the custody battle remained Saturday, when Capallia-Eason crashed her car, killing 8-year-old Nehemiah and 9-year-old Nicholai, and injuring 6 other children. Witnesses said she was drinking heavily before the accident.

“I don’t see this issue having anything to do with the subsequent tragedy,” Parker said of the custody dispute. “Nobody could know she was going to have this accident.”