Tipped workers will gradually have their pay increased to $11.98 an hour as well. 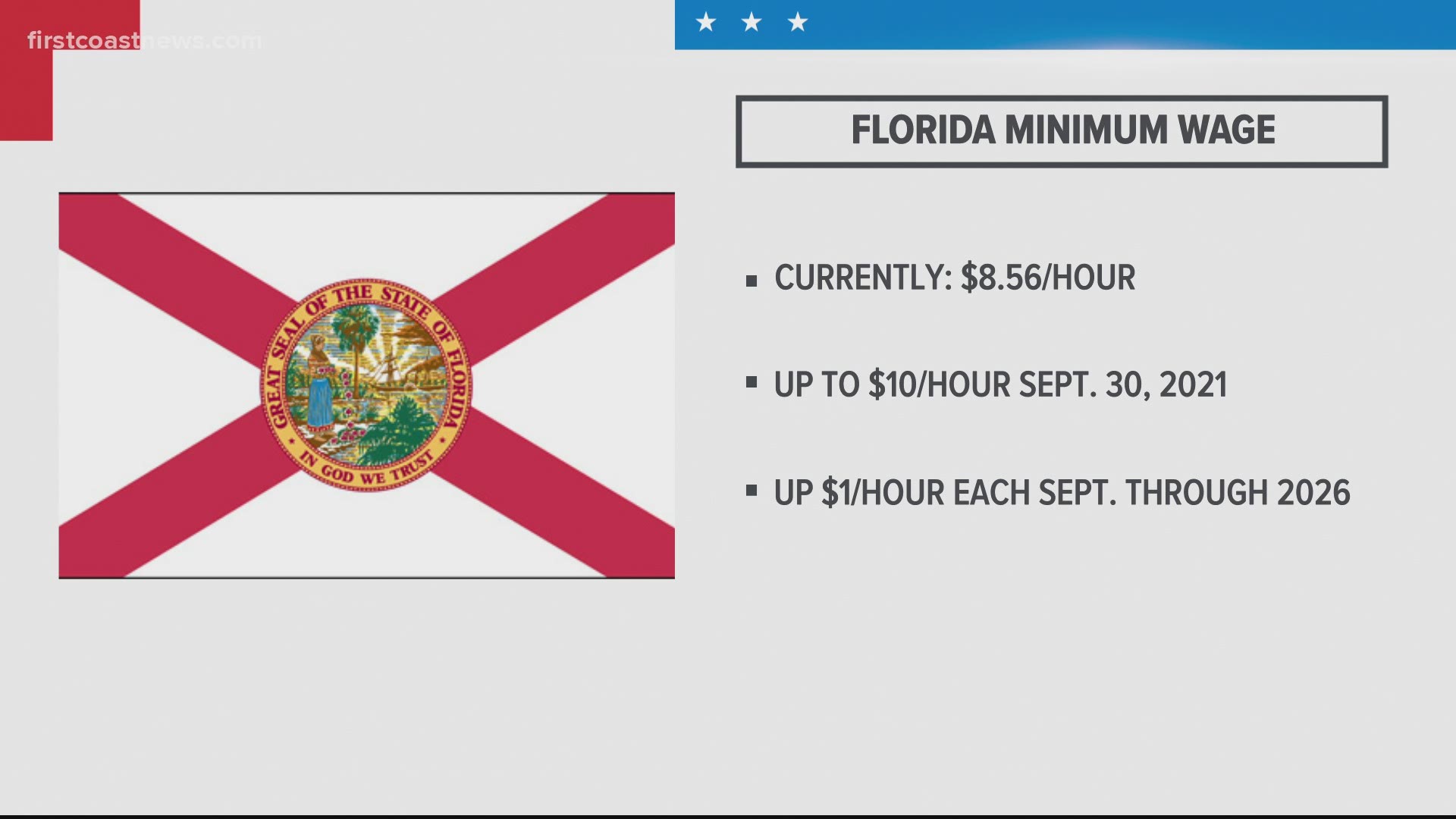 JACKSONVILLE, Fla. — Tuesday evening we learned Florida voters passed Amendment 2, which increases minimum wage across the board to $15 an hour by 2026.

It passed with nearby 61 percent of the vote. Florida's minimum wage will go up $1 per year until 2026, and in 2027 it will be adjusted based on the consumer price index.

"People who have come to us seeking employment have been increasingly telling us that getting by with just $10 an hour, which is more than minimum wage, is not enough to make ends meet," Donohoe said.

Donohoe says even though she personally supports the minimum wage increase, she will have some decisions to make as a business owner.

"Something is going to have to give, but what's nice about this wage increase is that it's going to happen incrementally," Donohoe said. "One year at a time, one dollar at a time, and that gives us a lot of time to plan."

"It's not enough to buy food," said Christa Schulz, an employee at Vintage Arts.

Christa Schulz recently moved to the Jacksonville area from California and was shocked at the difference in pay here. Florida's minimum wage is just under $8.50 an hour.

"I was surprised to say the least," Schulz said. "I was making double to what I am making now."

Do you agree with Florida voters passing an amendment to gradually increase the state's #MinimumWage to $15 and hour by 2026? Tipped workers will eventually get $11.98 an hour.
I'll have reaction from business owners and employees tonight at 5 & 6 on @FCN2go. #Election2020 pic.twitter.com/96Zpbnc8hQ