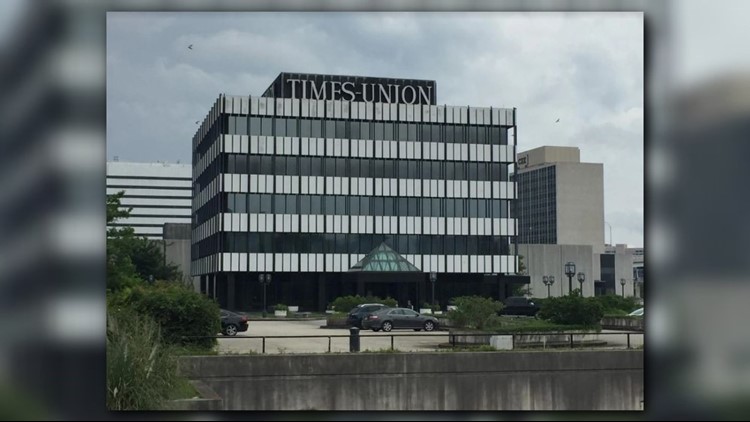 The staff at Jacksonville daily newspaper The Florida Times-Union have formed a union to ensure their journalists have a formal voice in the workplace and to advocate for their abilities despite the ever-changing newspaper industry.

Those cards were filed at the Tampa regional office of the National Labor Relations Board and it has initiated an election by Times-Union staff members, which will occur in the next 20-40 days.

If most of those voting cast ballots in favor of unionizing, the staff of between 35-40 professionals will begin working alongside the TU’s corporate owner, GateHouse Media, in negotiating its first labor contract.

"Our newsroom has lost coworkers in recent years," said Steve Patterson, a Times-Union reporter and 31-year veteran of the staff. "Our staff wants some stability. A union can't solve all our problems, but it can be an advocate for us when we really need it."

The TU would become the third GateHouse newspaper in Florida to unionize after NewsGuild successfully organized drives in 2016 at the Lakeland Ledger and Sarasota Herald-Tribune.

The news release said stagnant and low wages for many employees have been a concern under GateHouse and Morris Communications, which sold the paper to GateHouse in 2017.

Beth Reese Cravey, who has worked for the newspaper since 1987, is one of those employees struggling.

"I have yet to hit $40,000 a year in salary," she said. "Other reporters have come and gone at starting salaries higher than mine. I cover nonprofits, among other things, and I often qualify for the income-based programs I write about. That's because I have never had a voice with enough strength behind it to be heard. I believe forming a union will give us that voice. But it's not just about money. It's about respect and being valued."

The following mission statement was released regarding efforts to unionize:

The workers of The Florida Times-Union intend to unionize with the NewsGuild-Communications Workers of America. We are doing so to protect the mission of the newspaper – to expose injustices, to explore the nuances of modern life and keep a watchful eye over those in power. We cannot fulfill that mission without demanding the same transparency at our own workplace and from our own corporate owners.

It is the men and women of the newsroom who make this newspaper so special, yet our current and past owners have actively harmed the newsroom. Our objective is to preserve a level of dignity for those who work to produce a newspaper that has value. We don't just work in Jacksonville; we live here. This is our community, too, and we believe that it deserves a vibrant, ambitious newspaper.

The workers of The Times-Union alongside local management have strived in the face of newsroom cuts to produce the best journalism possible. But the recent purchase of Florida’s oldest newspaper by GateHouse Media, which is part of a publicly traded company based in New York, has brought more uncertainty perhaps than any other time in the newspaper’s 154-year history. A union contract will ensure that the reporters, photographers, editors and support staff of The Times-Union have a say in the future of our newspaper. A union contract will also force the paper’s owner, GateHouse Media, to deal directly with its employees.

Our union is under no illusion that revenues associated with the news business will magically improve, and that is precisely why we have decided to unite our voices. We fear that GateHouse’s short-term strategies will lead to more and more cuts in the future. As of today, there are fewer than 40 full-time employees working across the Times-Union newsroom in metro, opinion, life, sports, photo and the copy desk – a third of the staff we had just five years ago. Once-filled desks now sit empty.

-To gain a seat at the table

For too long, under Morris and under GateHouse, we have come to work waiting for a shoe to drop, waiting to be called into an office, waiting to learn of layoffs. We have had no say in the future of our own newspaper, and the disconnect between corporate and the newsroom is vast. We believe the success of The Florida Times-Union depends on its editorial staff. We must be a part of GateHouse’s decision-making processes to ensure we are not overlooked.

We want to ensure The Florida Times-Union prioritizes the retention of its employees through a strong contract that includes fair wages and affordable health insurance. We want to ensure that new employees and veterans alike feel they have a long-term future in Jacksonville.

Newsroom workers deserve the right to speak about their workplace without fear of reprisal. A strong union can ensure our independence. We insert democracy into the workplace mainly through the protections and communication guaranteed in a contract.