The bill is aimed at capping the monthly cost of insulin at $100. 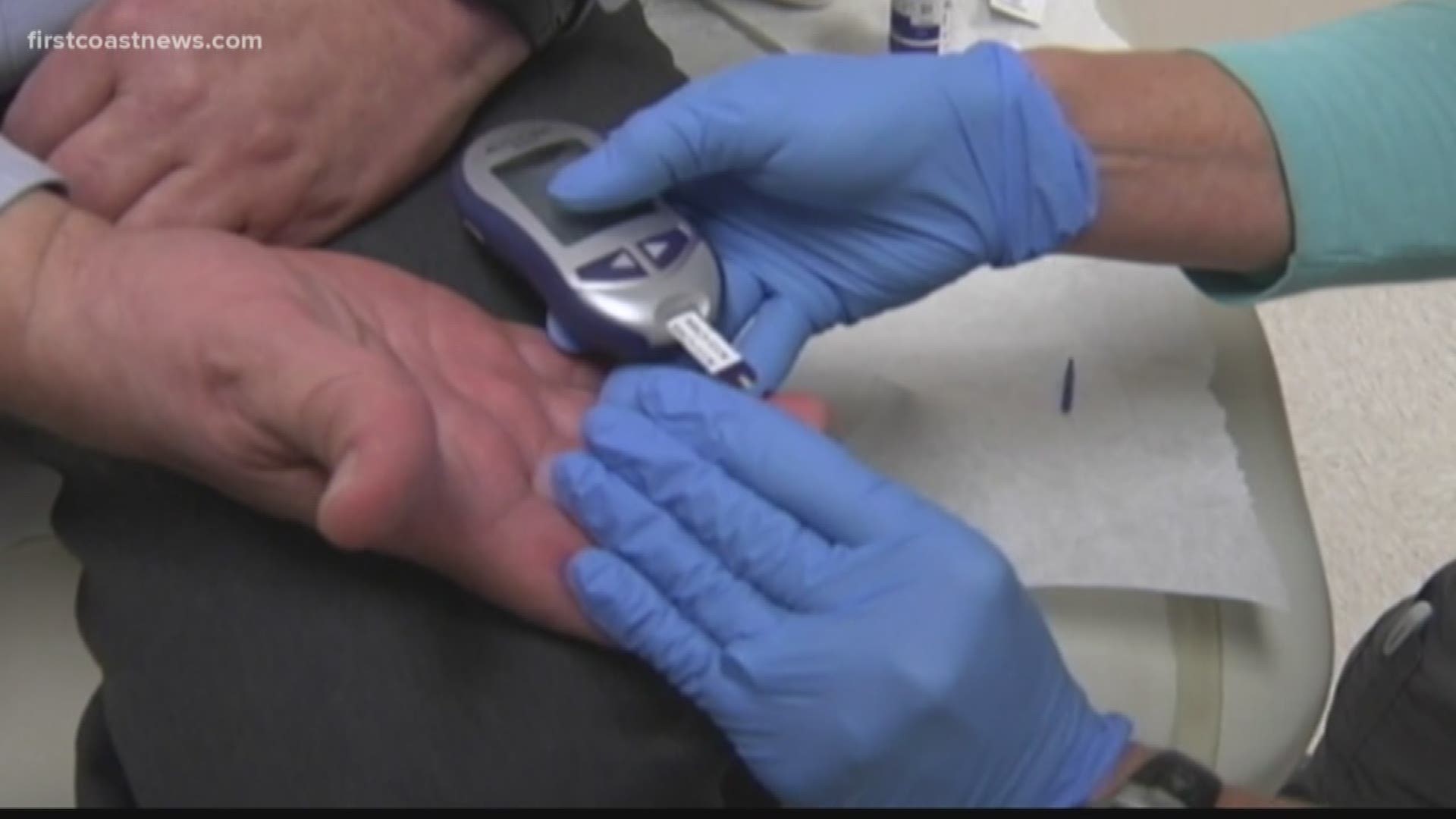 JACKSONVILLE, Fla — Eat or pay for your medication. It's a daily decision millions of Americans face as they fight to make ends meet while dealing with an illness. Now there is state legislation that could ease the money strain on people with diabetes who rely on increasingly expensive insulin.

Insulin is a prescription drug used to regulate blood sugar for diabetes patients.

Senate Bill 116 is aimed at capping the monthly cost for insulin at $100, regardless of the type or how much a patient needs. Earlier this month, it unanimously passed the Senate Banking and Insurance Committee. Next, it will head to the Appropriations Subcommittee on Agriculture. Tampa Senator Janet Cruz introduced the bill.

“This bill actually removes the patient from the equation and lets the insurance companies that have the money and the bargaining power fight with the drug manufacturers," Cruz said. "People should not be dying because they can't afford insulin."

It can cost patients hundreds of dollars every month, forcing some to ration the drug --a move that is risky and potentially fatal.

Jason Forrester is from Jacksonville and was diagnosed with Type 1 diabetes at just 14 years old. He relies on two types of insulin to survive.

"Do I eat, do I pay rent, do I get insulin?" Forrester said. "You got to have your insulin and that's just the way it is. If you don't have money for insulin you’re not going to last very long."

Forrester has insurance, which helps, but said even he constantly struggles to pay more than $100 a month in co-pays.

“There's lots of stress issues with money alone," he said. "Now you add money issues with your health, that just exponentially raises the concern of 'How am I going to get by?'"

According to the Department of Health, more than 2.4 million people are living live with diabetes in Florida.

Forrester said the bill is a step in the right direction and he hopes lawmakers on both sides of the aisle will get behind it.

“Think about it if it was your daughter or son living on their own, paying their own bills, but they aren't telling you that they can't afford their insulin because they are ashamed," Forrester said.

If you are struggling to pay for insulin or know someone who is, the American Diabetes Association has resources to help. Visit insulinhelp.org.