Health official worry wasping could be the new street drug after overdoses in three states. 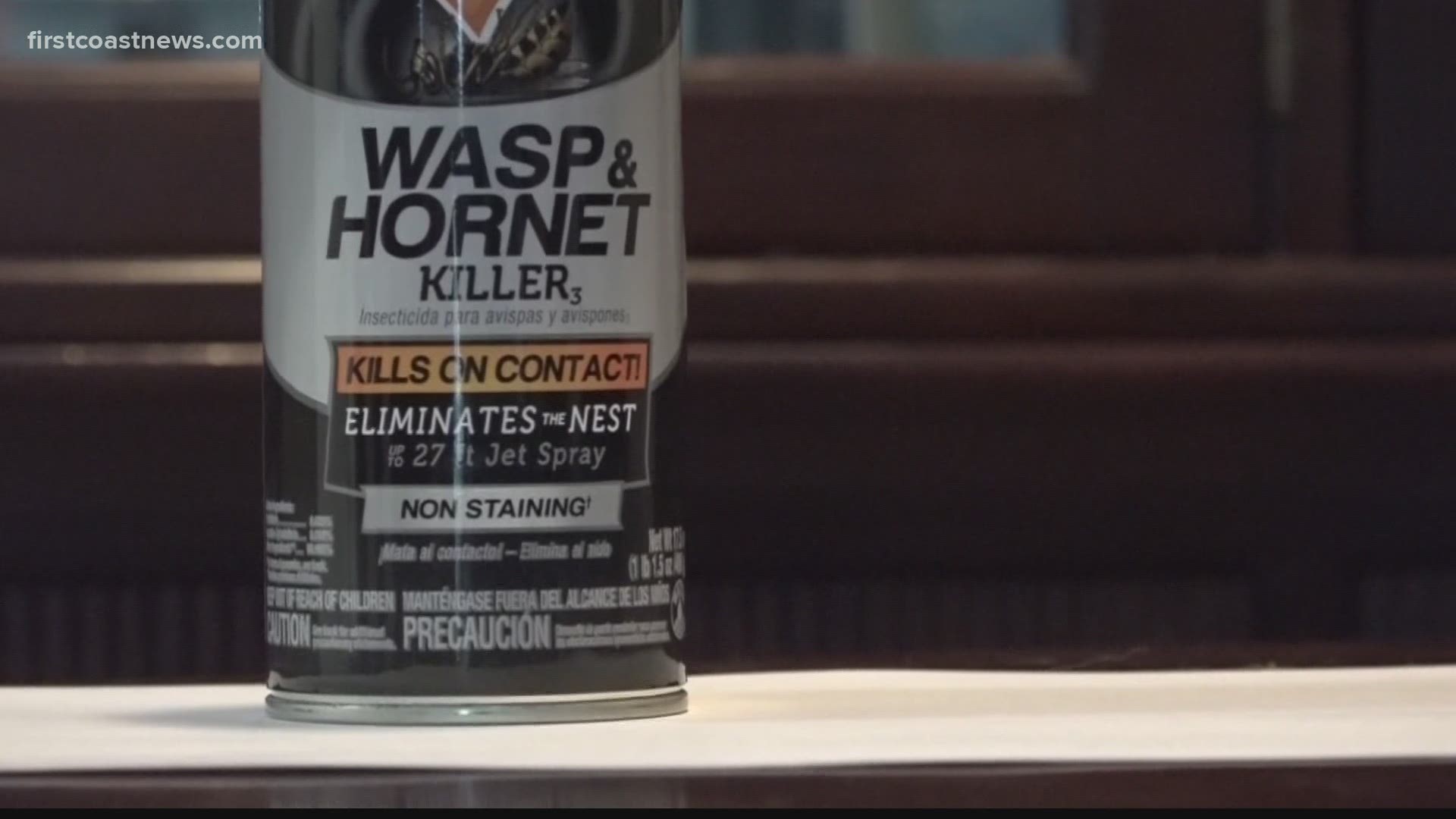 JACKSONVILLE, Fla. — Law enforcement has dealt with people using meth, fentanyl or heroin to get high, but how about wasp spray?

Florida state corrections officials say "wasping" is a frightening new trend they're seeing in prisons and warn Floridians it could soon end up on the streets.

LSF Health Services got an unclassified memo about the new trend.

Dr. Christine Cauffield said what disturbed her is wasping is similar to adding fentanyl to heroin, and it's extremely deadly.

“The term is called ‘wasping,’ and wasping has the same effect as methamphetamine," Cauffield said.

Those at Florida prisons intercepted incoming letters to inmates this month where sheets of paper in an envelope were saturated with wasp spray. The inmates would then inhale or smoke it to get high.

“I have grave concerns about this activity because wasp spray is readily available in grocery stores and in drug stores," Cauffield said.

The spray can also be injected or snorted. Dr. Cauffield said it causes either a catatonic or zombie-like state or a fight-or-flight response.

“It really speaks to individuals who are addicted to drugs and how their brain is really hijacked, and they’re not able to think rationally," Cauffield said.

Wasping overdoses have happened in Kentucky, West Virginia and Indiana.

Florida state prison officials are reporting a disturbing new trend where inmates are using WASP SPRAY to get high. They've intercepted letters where it was sprayed on paper. I'll have more on what those in the health community fear could be the next street drug on @FCN2go. pic.twitter.com/bLcpAEZUCv