Florida is the 'most flood-prone' state with no flood disclosure laws, experts say

Though prone to flooding, Florida does not require a flood disclosure law in the process of selling a home. 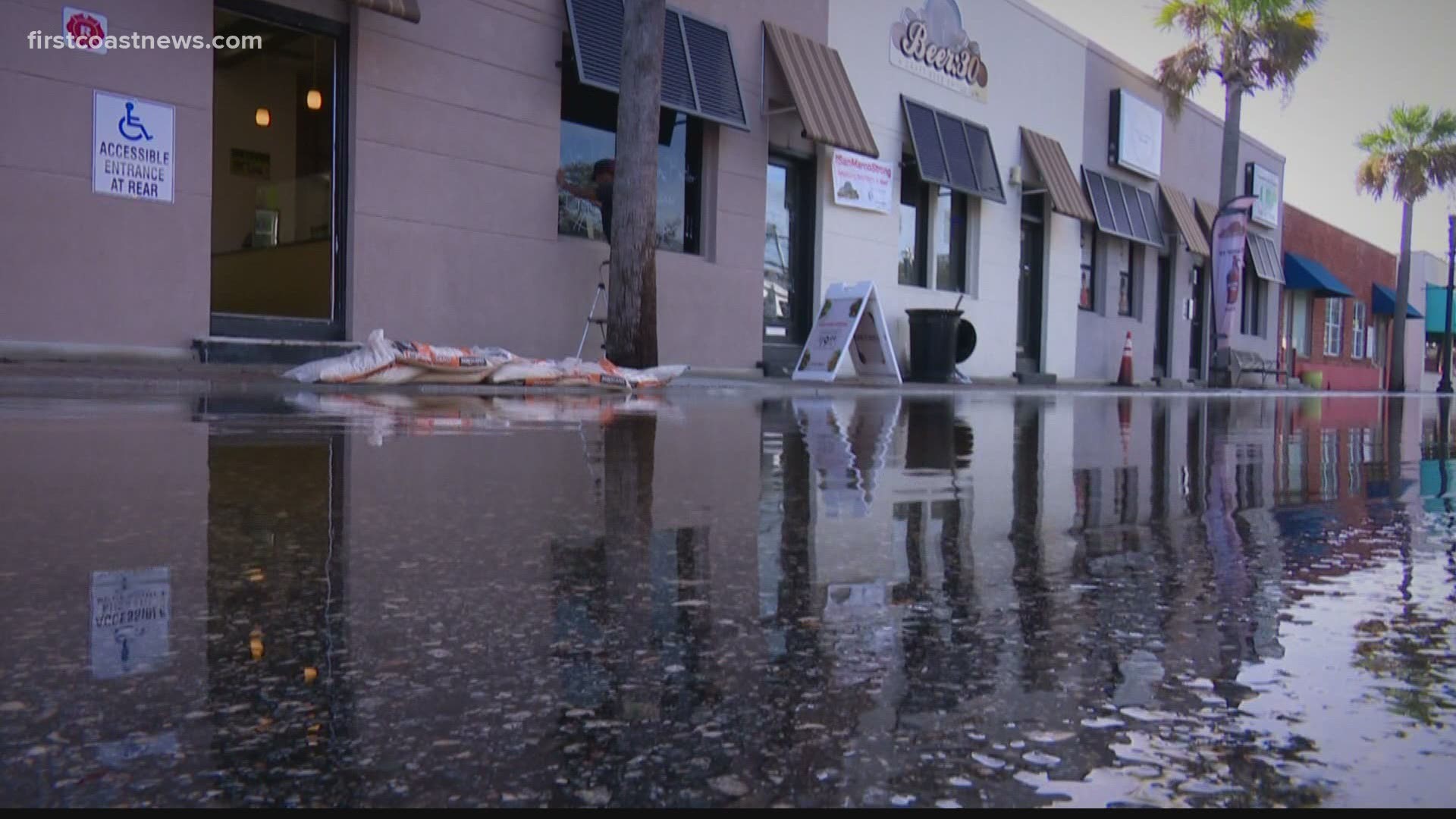 JACKSONVILLE, Fla — A group says that Florida is one of many states that does not require a flood disclosure law in the process of selling a home.

A booming real estate market is being driven in part by population growth and out-of-towners discovering how good life can be here. As we all know, having some local knowledge about where you’re more likely to see flooding can be helpful when buying a new house.

But disclosing whether a home has suffered flood damage is not required. There is an effort in Florida to change that.

Three years ago, Hurricane Irma covered the streets and homes in San Marco with five feet of water.

One man says he’s seen homes sell since the flood. The fact they did flood, however, is not a required disclosure.

Don Pepe bought his San Marco home in the 1980s.

When he bought it, neighbors told him about some street flooding during Hurricane Dora. He didn’t expect an event like Hurricane Irma to bring two feet of water into his home.

“I pretty much had a wipeout and learned my lesson," Pepe said.

He says nearby homes went on the market after the flood.

Amanda Bryant, director of operations for the group My Flood Risk wants to increase consumer awareness about the risks some properties face.

“If you’re a prospective buyer, if you’re not in a disclosure state, if you don’t ask for that flooding history from the seller, you’re going into that purchase with really only whatever the seller chooses to disclose,” Bryant said.

Bryant adds that Florida is one of 21 states in the nation that does not have flood disclosure laws.

“Florida is the most flood-prone state in the nation, we have 40 percent of the flood insurance policies and no disclosure law whatsoever,” Bryant said.

Seller disclosure forms typically have a section with questions about damage to property.

Bryant says these forms do not offer the same teeth a federal or state law would have.

“It’s a ‘take their word for it’ sort of thing, and it has happened many, many times that buyers purchased a property, the property has flooded and they do their due diligence afterward,” Bryant added.

Pepe feels that national agencies should have that information readily available to consumers. He is unsure if a federal law will help, but wants consumers to be protected.

“Do your research, find out if it’s subject to flooding, and that doesn’t necessarily mean you walk away if the house suits your needs,” Pepe feels.

Bryant encourages others to look at flood maps, which can be viewed either on My Flood Risk or on the city’s website.