Daniels, 55, was charged with a third-degree felony of tampering with physical evidence, and three misdemeanor charges of falsifying reports to law enforcement. 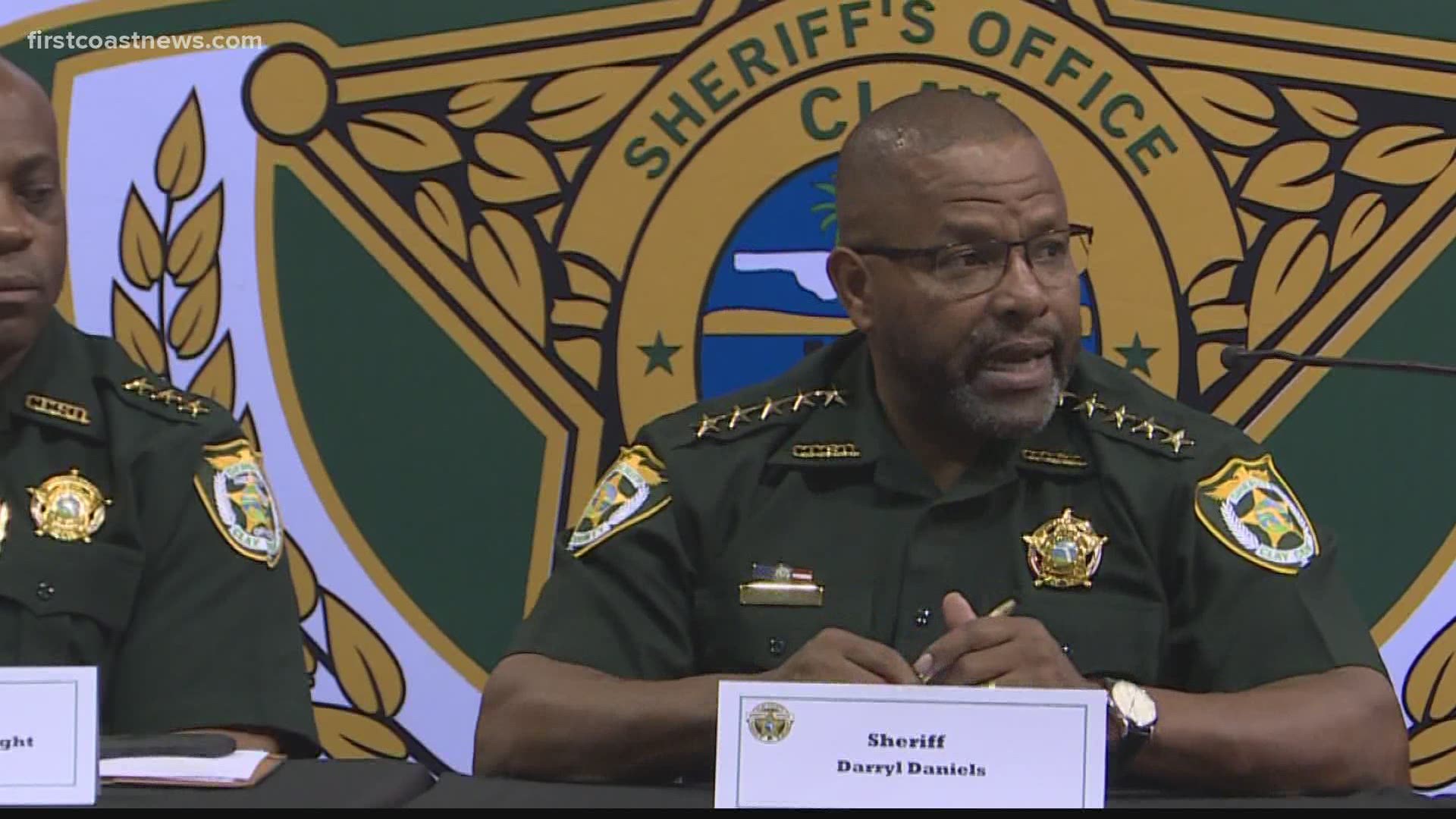 This order comes a day after Daniels, 55, was arrested and charged with a third-degree felony of tampering with physical evidence, as well as three misdemeanor charges of falsifying reports to law enforcement; charges that relate to a long-running sex scandal investigation.

According to the Florida Constitution, the governor can suspend any county officer from office if they are charged with a felony.

"It is in the best interests of the residents of the Clay County, and the citizens of the State of Florida, that Darryl Daniels be immediately suspended from public office," the executive order stated.

Daniels was elected sheriff in November 2016 to serve a four-year term.

In May 2019, Cierra Smith was arrested on allegations of stalking Daniels. Daniels admitted the two were having an affair, which started when Daniels was the director of the Duval County Jail, and Smith was his subordinate.

State Attorney Melissa Nelson requested the Florida Department of Law Enforcement open an investigation into this sex scandal, which was then reassigned to special prosecutor Brad King.

Daniels was planning to run for re-election. The primary election for Clay County Sheriff is Aug. 18.