When about half of her bridesmaids dropped out of her wedding, Mollie Knight put a call out on Facebook for help. 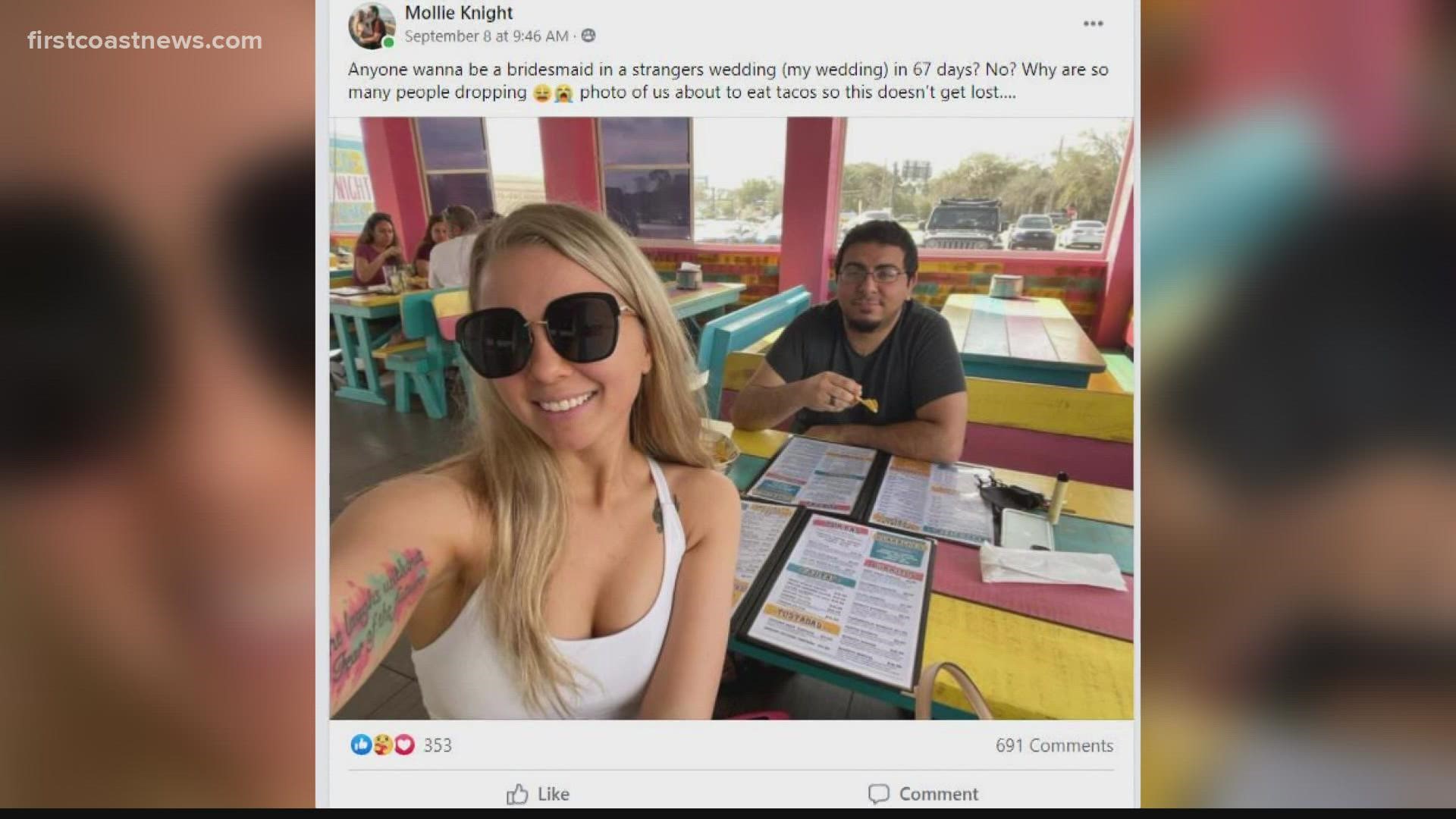 JACKSONVILLE, Fla. — When about half of Mollie Knight's bridesmaids dropped out of her wedding, some due to financial reasons, another for a family emergency, she turned to Facebook.

"Anyone want to be a bridesmaid in a stranger's wedding in 67 days," Knight posted on The Wedding Connection, a Facebook group for brides.

Hundreds of women volunteered. The post has close to 700 comments in just one week.

"Where do you need me and when?" one comment reads.

"I got a flight voucher I need to use. I also like to tear it up on the dance floor," reads another.

“I got everything under the sun that you can imagine except negativity. I got no negativity out of it. No hate," Knight said. "I never expected it to blow up. It was so heartwarming."

Knight and her sister sorted through all of the responses and picked Kylee Cook. She said they picked Cook, who lives in Tampa, based on her proximity to Jacksonville and availability, among other factors.

“I felt bad for her," Cook said recalling when she first read the post. "I thought, 'What would happen if this was my wedding?' I'm planning my wedding too and I thought, 'This is awful.' And so, you know, girls help and girls. I said, 'I'll do it."

Cook explained she's bringing her fiancé to the wedding, which is Nov. 14. She said he was surprised when she told him about her new bridesmaid's duties.

A big ask before Knight's big day with several women saying yes to the bridesmaids dress.