While it moves through Florida's legislation, those studying to enter the field are not excited about the possibility of their training being reduced. 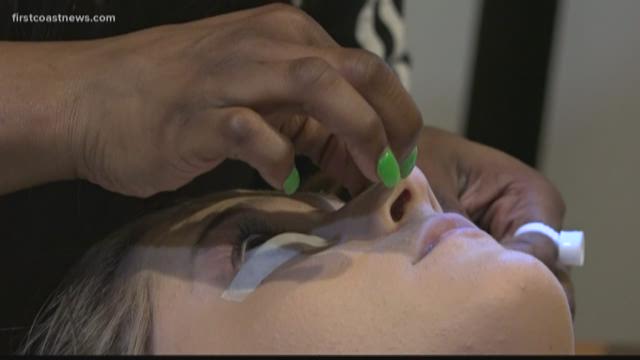 From haircuts to manicures to facials, the time it takes to work in the beauty field as a professional may be shortened if a Florida bill passes.

Florida’s House Bill 15 would deregulate the state’s beauty industry, including training for services like hair, nails and skin. It passed in the House and is headed to a Senate Appropriations Committee Tuesday.

While it moves through Florida's legislation, those studying to enter the field are not excited about the possibility of their training being reduced.

“I think it’s absolutely ridiculous because we need more than three weeks to learn all the stuff that we have to learn,” said Emory Vanea, a cosmetology student. “We deal with chemical peels, we deal with microdermabrasion, and that could really hurt someone’s skin if we don’t know what we’re doing."

According to the Florida Association of Cosmetology and Technical Schools, here’s a breakdown of what the bill would do if it was passed:

Vanea said she trained and studied textbooks for three weeks before doing her first patient facial.

“Especially with skin, there’s so many problems that you can encounter, so you have to take the right precautions,” she said.

“It’s a double-edge sword,” she said. “If this passes, we’ll have a lot of people who have wasted money because they don’t know how to perform the job.”

Those in favor of the bill said they want to see more people enter the workforce faster.

If it passes, it would take effect in July.