It was the fifth demonstration in the city over the past two weeks. 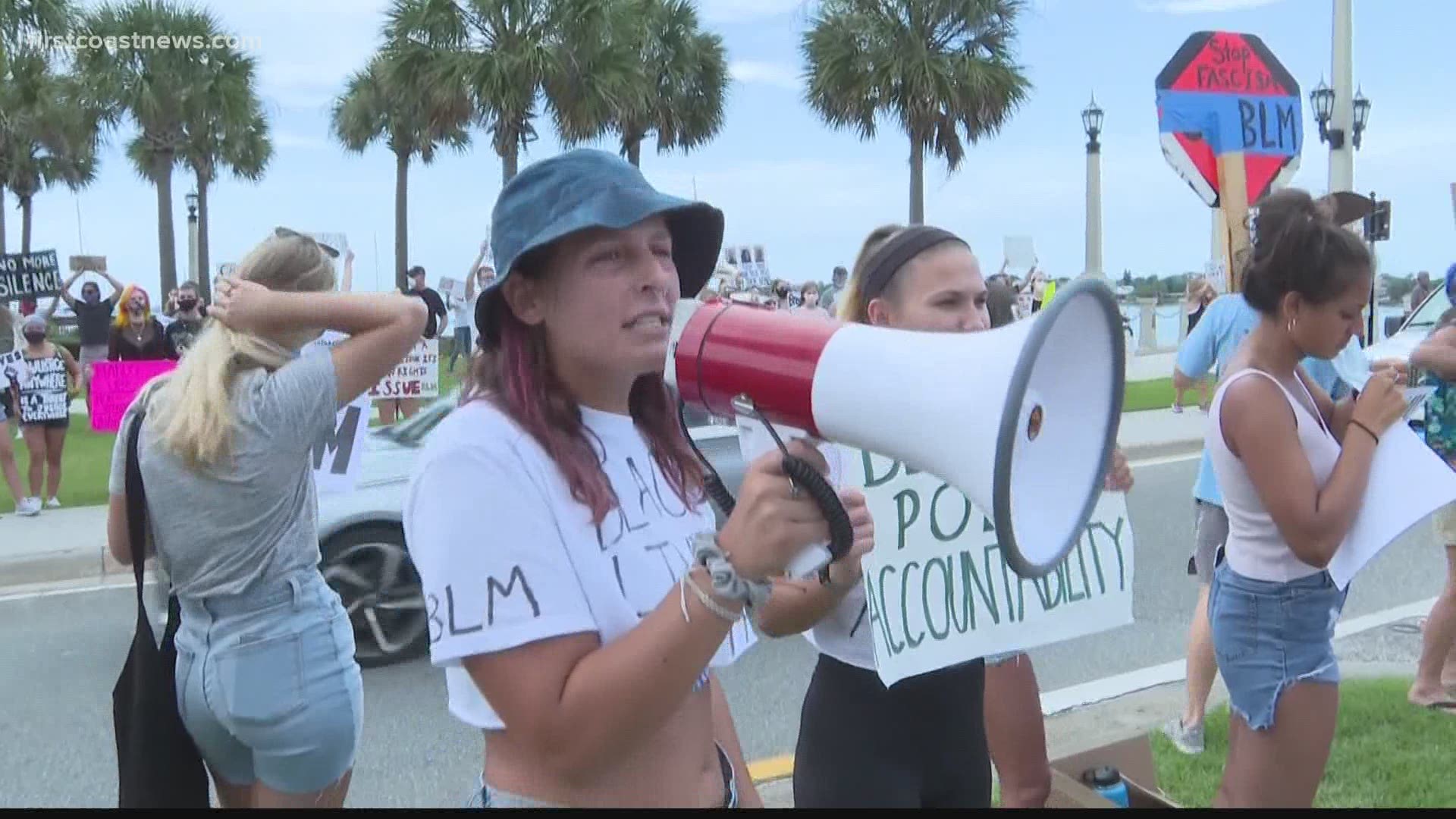 ST. AUGUSTINE, Fla. — Students from Flagler College joined hundreds of others in a march throughout downtown St. Augustine Wednesday evening for a 'Black Lives Matter' protest.

It was the fifth demonstration in the city over the past two weeks.

Police Chief Barry Fox told First Coast News that all of the protests, including Wednesday's, have been peaceful.

Below is a gallery of Wednesday's protest.