Robert Arnemann and Matt Gaston say they've never caught a shark this size before. A shark expert also says the two did not break any current laws handling the shark, but those laws will change. 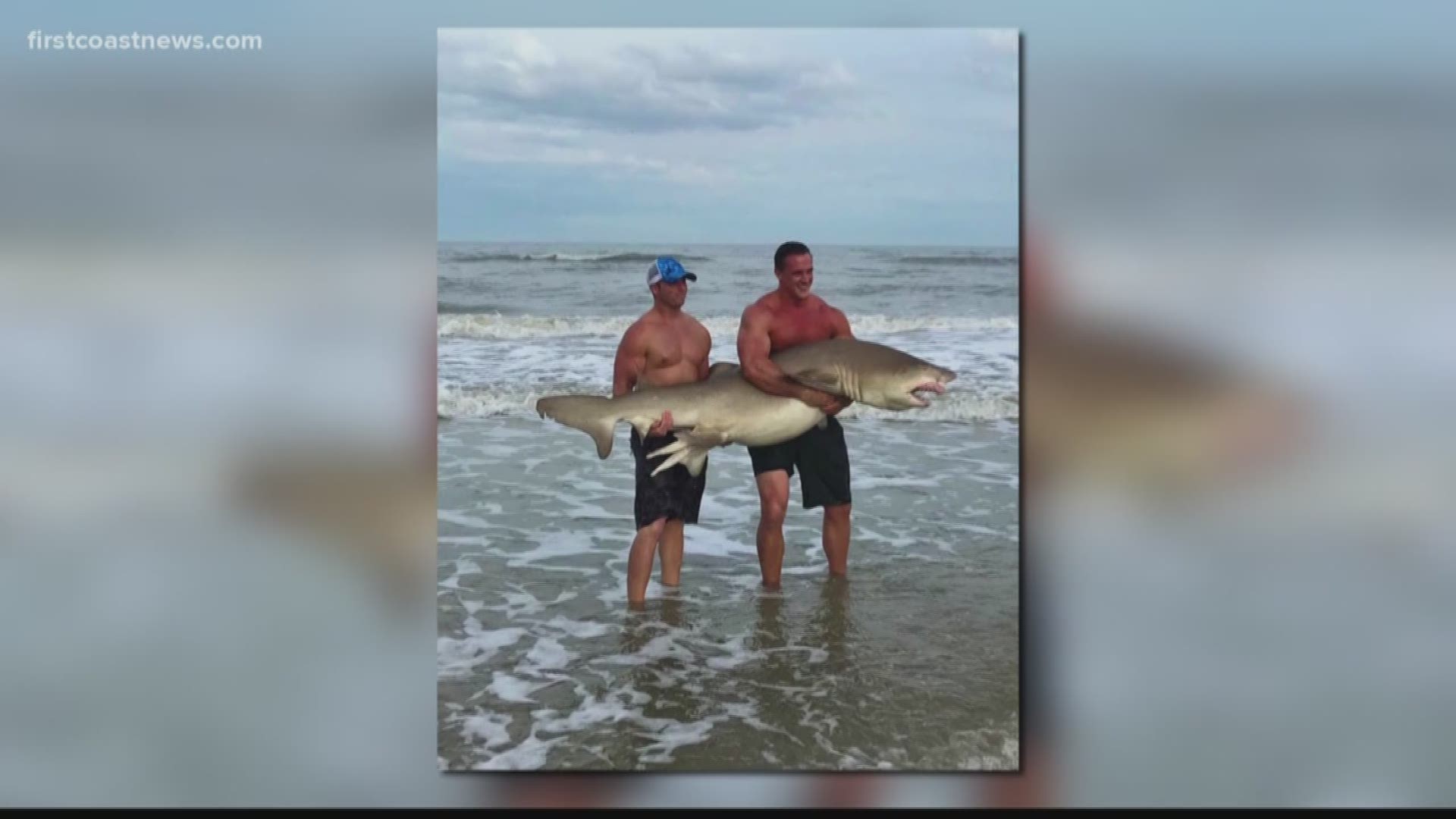 Robert Arnemann and Matt Gaston say they've never caught a shark this huge before and had no intentions of catching the one in their viral picture.

They did not think their picture with the shark would be shared all over the world.

They got plenty of positive and negative reaction for the way they handled the shark, but a shark expert says the two didn't break a law -- and had the animal's best interest in mind releasing the shark.

Arnemann and Gaston reeled in a catch they won’t forget on while fishing at Atlantic Beach. A shark estimated to be over 6-feet-long, weighing over 200 pounds.

"We went back and forth for 45 minutes trying to reel in whatever it was," Arnemann and Gaston said. "We knew it was heavy, it was fighting the whole way."

A fight that ended with the male sand tiger shark in their arms.

"It was smooth one way, then back the other way felt like sandpaper," Gaston, a Jacksonville firefighter said.

The picture has everyone talking. The comments have the two cracking up.

Arnemann and Gaston say after their quick photo op they carried the shark out to sea.

"We had to get it deep enough, so we had to carry it out," Arnemann said. "You want to get it over the sandbar. Dragging it would cause a lot of problems, so we wanted to get it up and let it swim away."

Sand tiger sharks are not often associated with shark bites.

Shark expert Dr. Jim Gelsleichter at UNF says the two did not mishandle the animal.

If this happened in July after shore-based shark fishing rules change, it's a different story.

"The anglers seemed to have the best interest in the animal, getting it in the water quickly. Taking it out of the water will not necessarily comply with future regulations," Dr. Gelsleichter said.

Arnemann and Gaston say they fish by the rules.

Sharks in the water won't stop them from casting their lines again.

"We always catch and release, so catching and releasing something gorgeous like that was amazing," Gaston.

"You only see that on TV. You have to get a picture or it didn't happen, right?" Arnemann said.

The FWC says the new shore-based shark fishing rules will require fishermen to cut the line and hook before releasing them, which Arnemann and Gaston say they did.

New rule changes include requiring immediate release of prohibited shark species when fishing from the shore.

They will also require prohibited shark species to stay in the water when fishing from the shore or a vessel.