First-recorded Thanksgiving was in St. Augustine

ST. AUGUSTINE, Fla. -- The first-recorded Thanksgiving wasn't actually between the pilgrims and American Indians at Plymouth. It was actually more than 50 years earlier in St. Augustine. 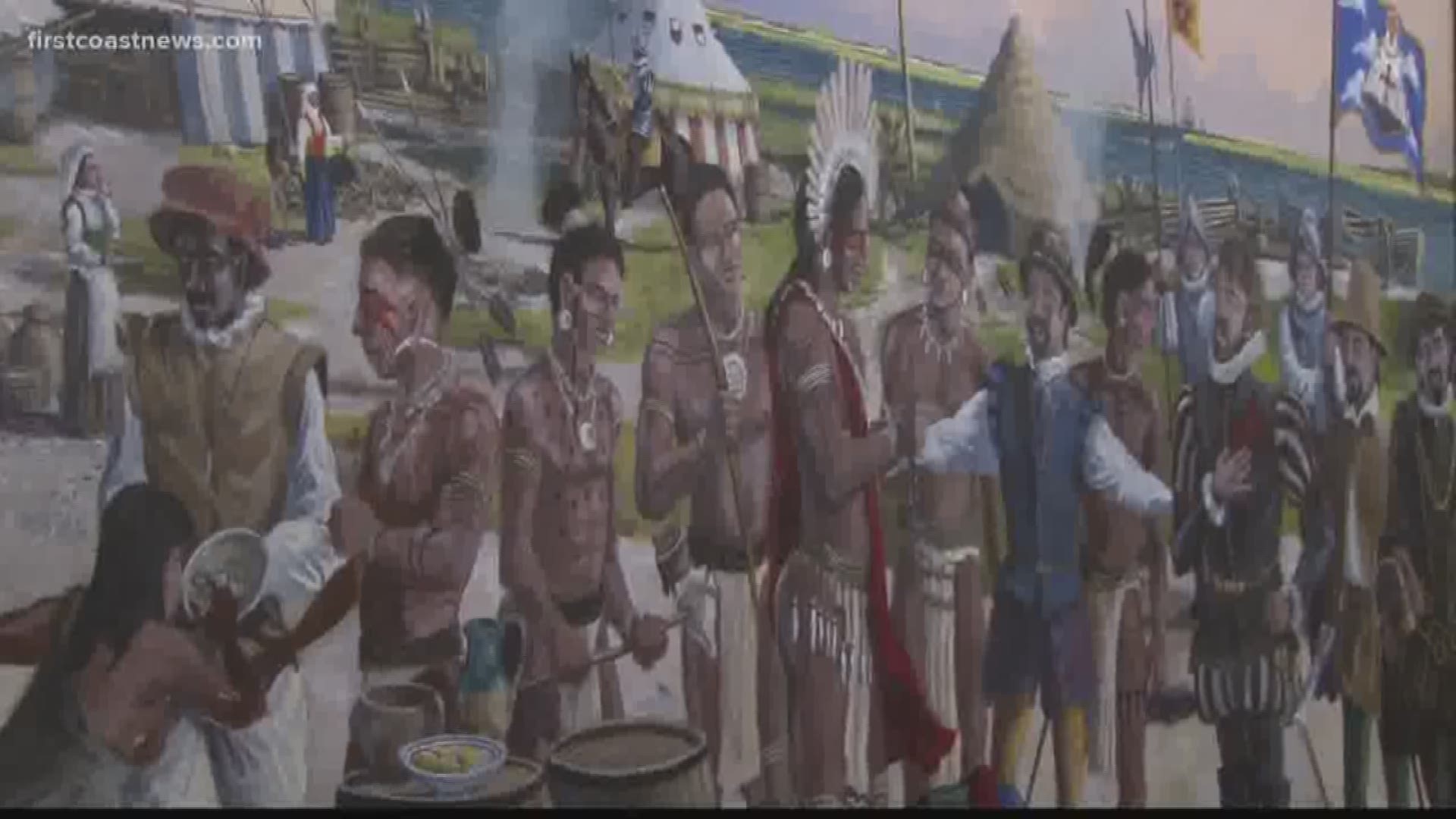 ST. AUGUSTINE, Fla. -- The first-recorded Thanksgiving wasn't actually between the pilgrims and American Indians at Plymouth.

It was actually more than 50 years earlier in St. Augustine.

Historians Chad Light and Roger Smith know the history of the first-recorded Thanksgiving in what is now the U.S.

"This is where it was," Light said, pointing to the field at the Fountain of Youth Archaeological Park. "You can see it from right here. It's within eyeshot here."

Spanish documents show the first recorded meal between European colonists and Native Americans happen on the grounds of what is now the Fountain of Youth in St. Augustine in 1565.

The city's founder -- Pedro Menendez and the colonists ate with the Timucua Indians, right after the Spanish arrived in Florida.

"The Spanish, everytime they landed, they were thanking God for their survival because trans-Atlantic voyages weren't guaranteed by then by any means. I've been on cruises. They're not guaranteed today," Smith said with a laugh.

Light said the Spanish were going to have a feast that day anyway because "it was the date of the feast of the Virgin Mary. It was basically the Catholic birthday party for the mother of Jesus."

Light says the Timucua were invited and about 200 of them showed up.

The items on the menu were "whatever they brought with them" on the ship, Smith said.

Documents say the meal was made up of beans and salted pork.

"They would put it into a stew. Things go a lot further when you throw them into a stew," Light said.

"You can get the Spanish bean soup at the Columbia (restaurant)," Light pointed out. "It's very similar and it's delicious!

No documentation exists that the Natives brought anything but if they did, probably seafood and root vegetables, according to Smith.

"There's always that great drawing of the alligator laying of the smoker, you know. I think that was drawn by a Georgia fan," he said with a laugh. "I'm not sure!"

And even though the Spanish would've come in on big ships off the coast of St. Augustine and pulled everything to shore on smaller boats, some historians say they still had that Thanksgiving feast on a table.

"Oh yeah. They had chairs and silverware," Light said with a nod.

The meal in St. Augustine was 56 years before the Thanksgiving at Plymouth.

It was for thanks ... and it was right here on land in St. Augustine.

"That's what's amazing about history," Smith said. "That's what's so cool about this spot," Light added. "We know where, who was here, what they ate, and why. It doesn't get any better for a historian."