Superintendent Davis was flanked by board members and the people tasked with keeping students safe: like officer Glenn Gnann. 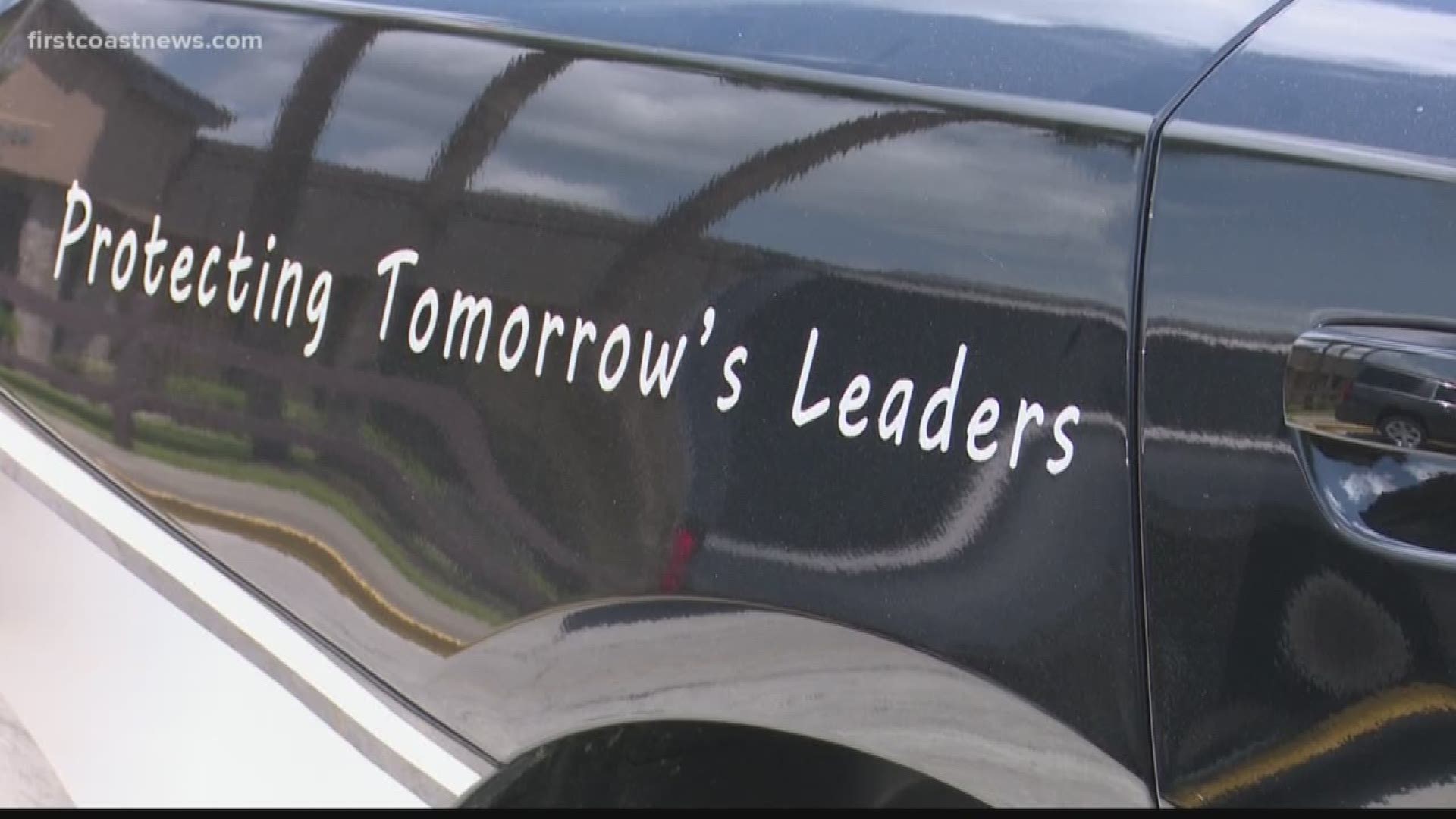 KEYSTONE HEIGHTS, Fla. — It’s a new school year in Clay County and there's one thing students will notice right out front -- new police cars as part of a new force on campus.

Davis, who was on a welcome back tour of several campuses, was flanked by board members and the people tasked with keeping students safe, like veteran officer Glen Gnann, who spent the summer preparing.

He previously worked with the Bradford County Sheriff’s Office as a school resource officer. Gnann added it’s a gradual process, but he’s looking forward to being there to help students grow.

“Over time, we’ll build relationships with the kids, bonding and guidance and mentorship,” Gnann said.

He is one of nearly 50 officers on the force, which was set up in under six months. The school district argued earlier this year that creating their own police force would save the district money in the long run.

In the first year, Davis estimates the savings to run nearly $1.2 million. He added he has full faith in the officers and the man chosen to lead them, Chief Kenneth Wagoner. Davis said the transition from one force protecting schools to another has been seamless.

“We’re all working to protect our children, so professionally we’re all on the same page and personally we’re connecting as well as we can,” Davis said.

Chief Wagoner added the department is still in the process of acquiring some equipment and software to make it easier on officers, but they are fully functional at every post.