Residents in Baker County concerned about their health want the material removed at any cost. 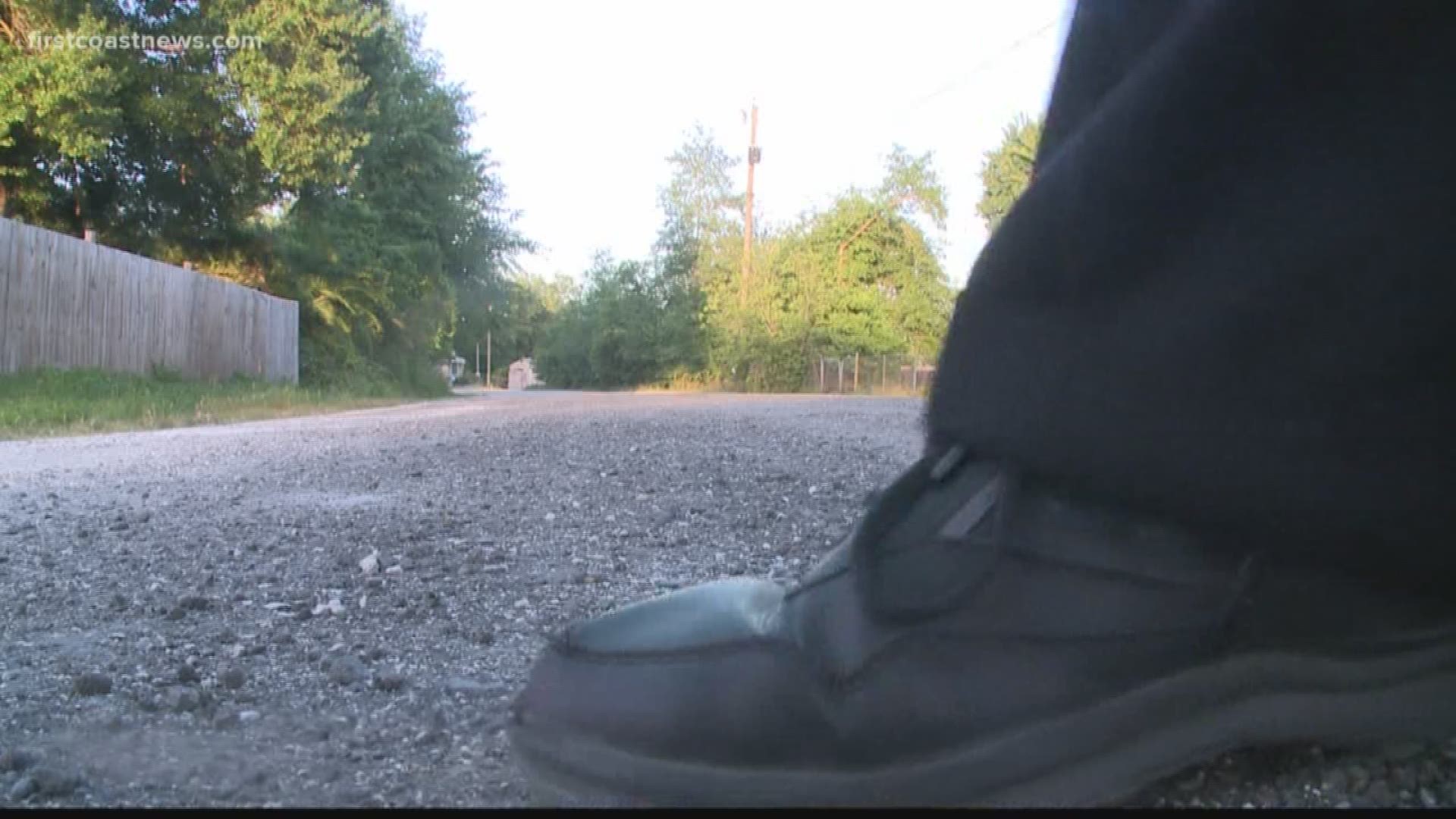 MACCLENNY, Fla. — “EZ Base." It might sound like the latest band or rap artist, but some Baker County residents say it’s a much less pleasant music they’ve had to face since 2005.

“We have a lot of cancer in this county," Baker County resident Mark Lyons told First Coast News after a county commission meeting Tuesday in MacClenny. "We have a lot of kidney cancer, there’s pancreatic cancer."

Lyons and others suspect those diseases are the result of the aforementioned EZ Base, a coal ash derivative material that JEA marketed, and was used as a base for roadway construction from 2005 until about 2014. JEA says the material is non-toxic.

“After an extensive investigation by the science community, the Department of Environmental Protection, they authorized the product to be sold and utilized primarily in northeast Florida,” JEA chief administrative officer Herschel Vinyard contested after the meeting.

The Florida Department of Environmental Protection was there and backed up JEA’s assertion, specifically refuting claims that uncovered EZ Base dust is a health hazard.

“We did have a toxicologist look at that,” said DEP environmental manager Brian Durden. "And he assured us that the inhalation of the material from the dust was not an issue.”

Durden added that he’s put his own health where his mouth is.

“Which I hope is right because I’ve been exposed to it more than anybody else,” he said.

It’s not the first time EZ Base controversy has been on First Coast News. In 2012, Middleburg resident Steve Johnson told us he had received a free delivery of EZ Base at his 30-acre property, but it became a concern when the DEP cited Johnson after discovering that the product was in wetlands and ponds.

“If they would show you a document when they bring you something for free, and explain to you, ‘Mr. Johnson, it’s got these contaminants in it,’ you’re not going to take it,” Johnson told us at the time.

All these years later, Lyons and others agree. In 2013 he says he and others independently commissioned Advanced Environmental Laboratories in Gainesville to sample soil containing EZ Base.

“Vanadium, arsenic, chromium – which they say is non-existent, I have test results that say different,” Lyons said. “There’s an array of heavy metals and toxins in uncovered EZ Base.”

JEA and the DEP specifically rebutted claims of chromium presence in EZ Base. Chromate dust is a known carcinogen. JEA went on to say that the overall composition of EZBase adds to its safety.

“It’s primarily a lime-based material, which is commonly used as roadbeds,” VInyard assured.

But several residents voiced suspicion, including one woman whose husband died of throat cancer. She recalled to the commission that the couple used to enjoy horseback riding in Shoals park, north of Glen Saint Mary, where EZ Base dust was prevalent in the air. She said her horse now has cancer as well.

Another speaker was Dr. Steve Pieczenik, a Harvard, MIT, and Cornell-educated physician who served five presidential administrations. Although he declined to be interviewed by the media, Dr. Pieczenik was vehement that EZ Base is indeed dangerous and “no chemistry” could neutralize its toxicity. Pieczenik likened JEA’s stance as one of “corporate terrorism”.

“I appreciate his service to our country and his expertise in anti-terrorism, but I don’t think he was really serious about what we were talking about today,” Vinyard said.

Pieczenik had also challenged members of either JEA or the DEP to drink water from areas purportedly contaminated by EZ Base.

“I’m not sure what water he’s referring to,” Durden said. “I've suffered no deleterious effects from EZ Base exposure over the ten-plus years that I’ve been dealing with it.”

Despite that testimony from Durden, Mark Lyons wasn’t convinced.

“I’m not saying it’s EZ Base but we’re going to get to the bottom of EZ Base before this is said and done,” he vowed.

Tuesday’s meeting was primarily to inform commissioners who weren’t part of the panel during the time that EZ Base was being used for new roads. Commissioner James Croft told First Coast News there are no further discussions or actions currently planned regarding EZ Base.