"We have to support each other even in our own struggle." 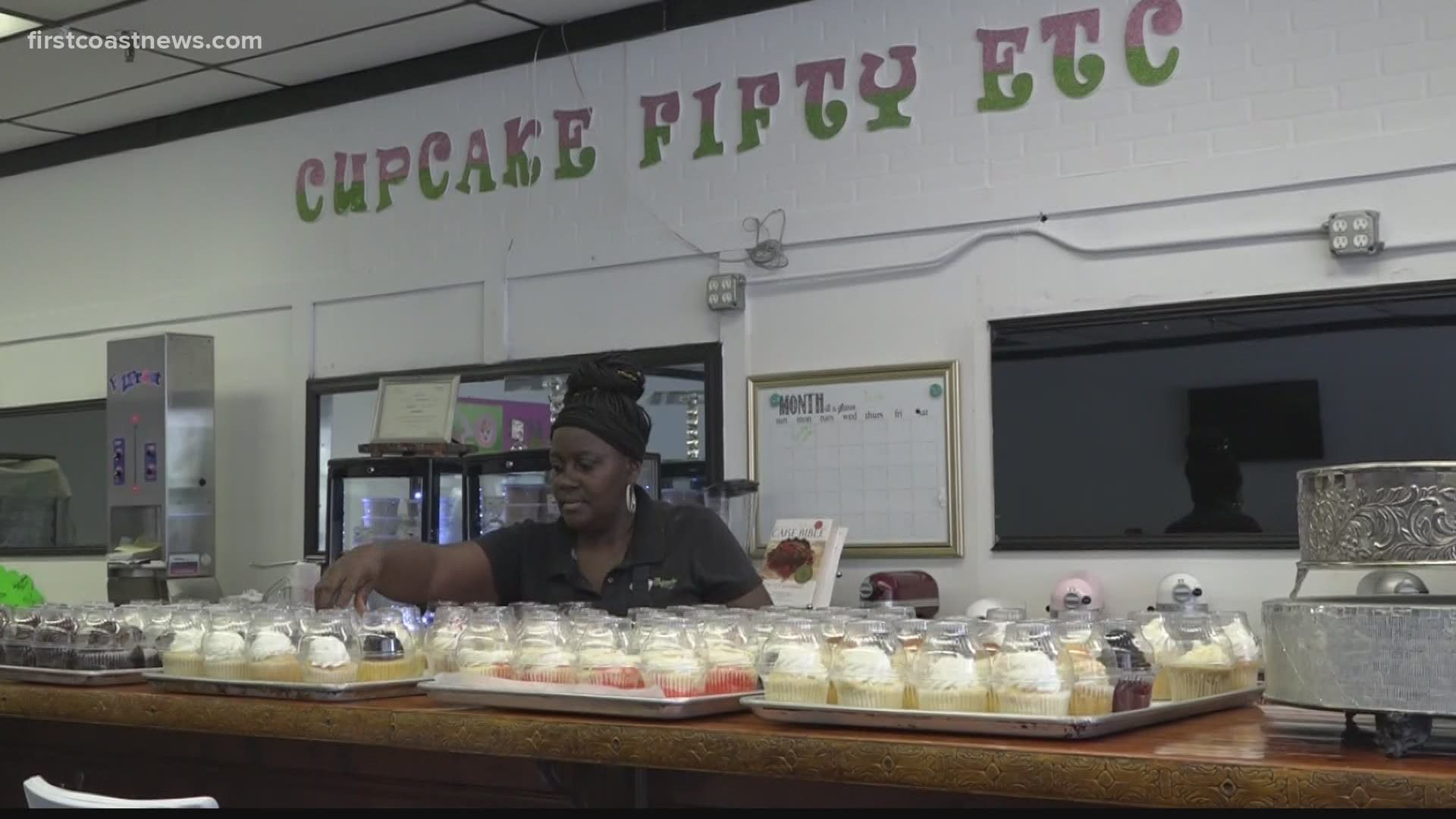 JACKSONVILLE, Fla — The Women’s March Alliance of North Florida is protesting racial injustice in its own way on social media -- by promoting black-owned local businesses.

Cupcake Fifty Etc. started out of a van. Eight years later, owner Charlotte Burch has her own shop and support from the whole community.

Burch and her young local business is no stranger to Jacksonville -- from selling blue velvet cupcakes out of her trunk to places like Winn Dixie, then to renting her own space and winning five 'best dessert' awards at the Annual Taste of Black Jacksonville.

“When I realized some of the things that I was doing for other people was making other people money, I decided I could do that for myself," Burch said.

She said her bakery business has been slow due to the COVID-19 pandemic, so she was surprised and grateful to see her shop’s name featured on Women’s March Alliance Facebook page.

“I was like 'oh, wow!'" Burch said. "That's awesome to be a part of that because that means that people are talking about Cupcake Fifty -- people know Cupcake Fifty is around."

It’s the organization’s way of supporting the First Coast African American community during this challenging time.

Nyk Smith, owner of the historical Corner Market in St. Augustine -- now known for pastries, spices and beet honey -- was also thankful for a post on the group’s page.

Now, she plans to support other black-owned businesses in the area on the list.

“That's how we have to do. We have to support each other even in our own struggle," Smith said.

RELATED: About 3,000 protesters chant 'No justice, no peace' in march through Jacksonville's San Marco area

RELATED: Diversity expert says ignorance is not an excuse in age of technology