Jacksonville Mayor Lenny Curry will call on the city council to remove the Monument to the Women of the Confederacy at Springfield Park. 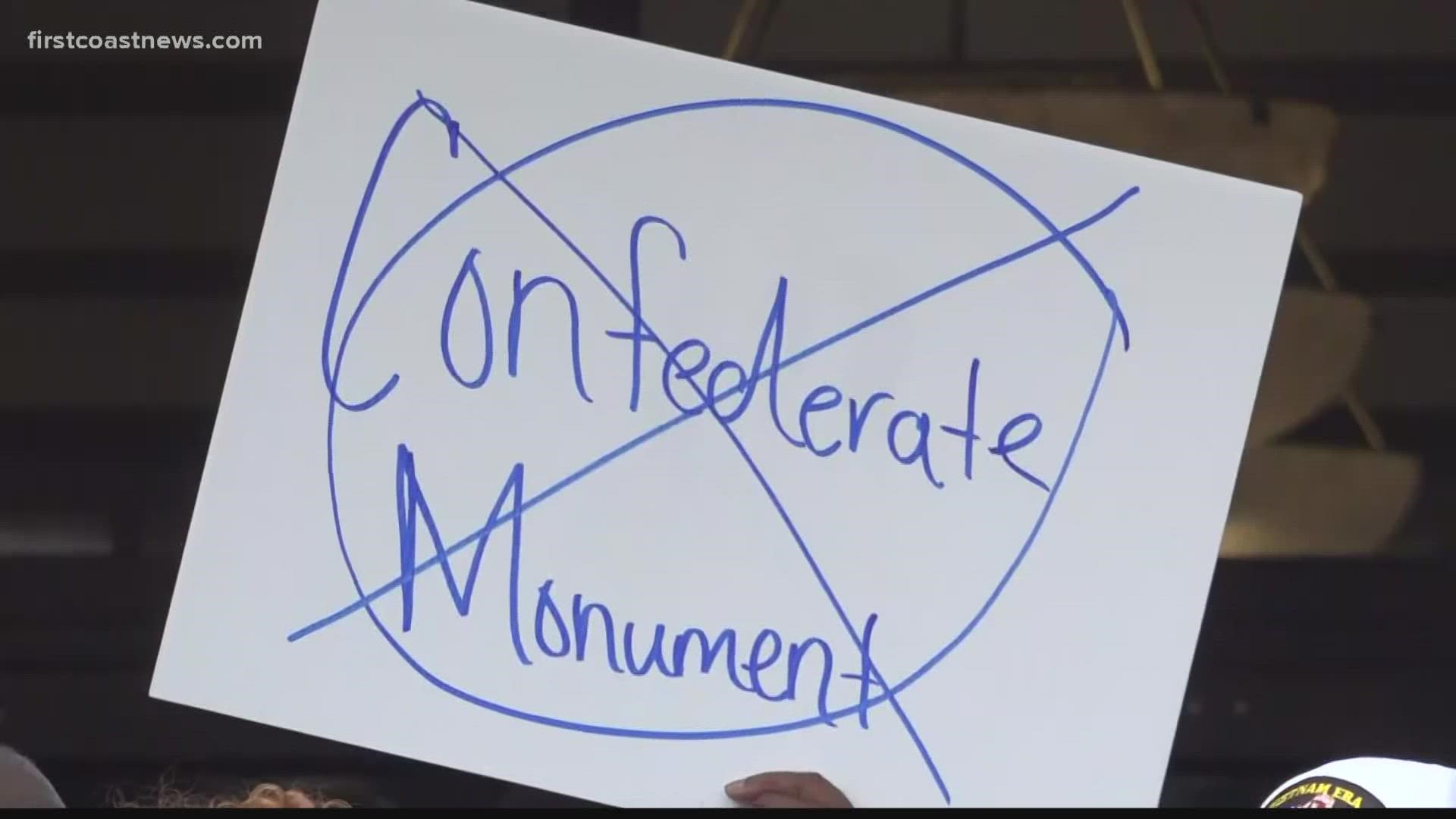 JACKSONVILLE, Fla. — Jacksonville Mayor Lenny Curry will call on the city council to remove the Monument to the Women of the Confederacy at Springfield Park.

His office sent city council two emails and a document with the proposed cost of the project, which a council member sent First Coast News. The cost of removing the monument alone is projected at $1.298 million.

Frazier organized a September rally at City Hall calling on Mayor Curry to take down Jacksonville's last Confederate monument, as the mayor promised in June 2020.

"The Mayor has finally decided to stop beating around the bush, sitting in the middle of the fence, and decided to take some type of definitive action," Frazier said. "The bottom line is that the Confederacy fought a Civil War to keep my people in chains."

Heather O'Neal wants the monument to stay in Jacksonville.

"This is our keepsake," O'Neal said. "We don't want to get rid of it. We want it to stay here so we can come and look at it when we want to, go back to our history, and show our grandkids."

Jacksonville historian and author Tim Gilmore wrote an article about the statue built in 1915 during the height of racial tensions.

"In the end, the city has to pay the price for the mistakes of the past," Frazier said.

A representative from the mayor's office said they have no date yet on when the proposal will be complete or when it will be presented to city council.

A @CityofJax council member sent me two emails from Mayor @lennycurry office plus a PDF breakdown of the proposed cost to remove the Confederate statue. @FCN2go https://t.co/9EXjg4FQdI

Nikki Kimbleton with @CityofJax sent me an email, "We are still determining when the legislation will be drafted and presented. The Mayor has no comment at this time as the email from CAO speaks for itself." More tonight on the proposal on @FCN2go.

These are the emails and $1.298 million proposal to remove the last Confederate monument in Jacksonville at Springfield Park. A @CityofJax council member sent me the documents. I'm breaking them down tonight on @FCN2go. pic.twitter.com/BPKBx6qO0N