First Coast flu in full force; How you can stay healthy

According to the Florida Department of Health, one child has already died from the flu. 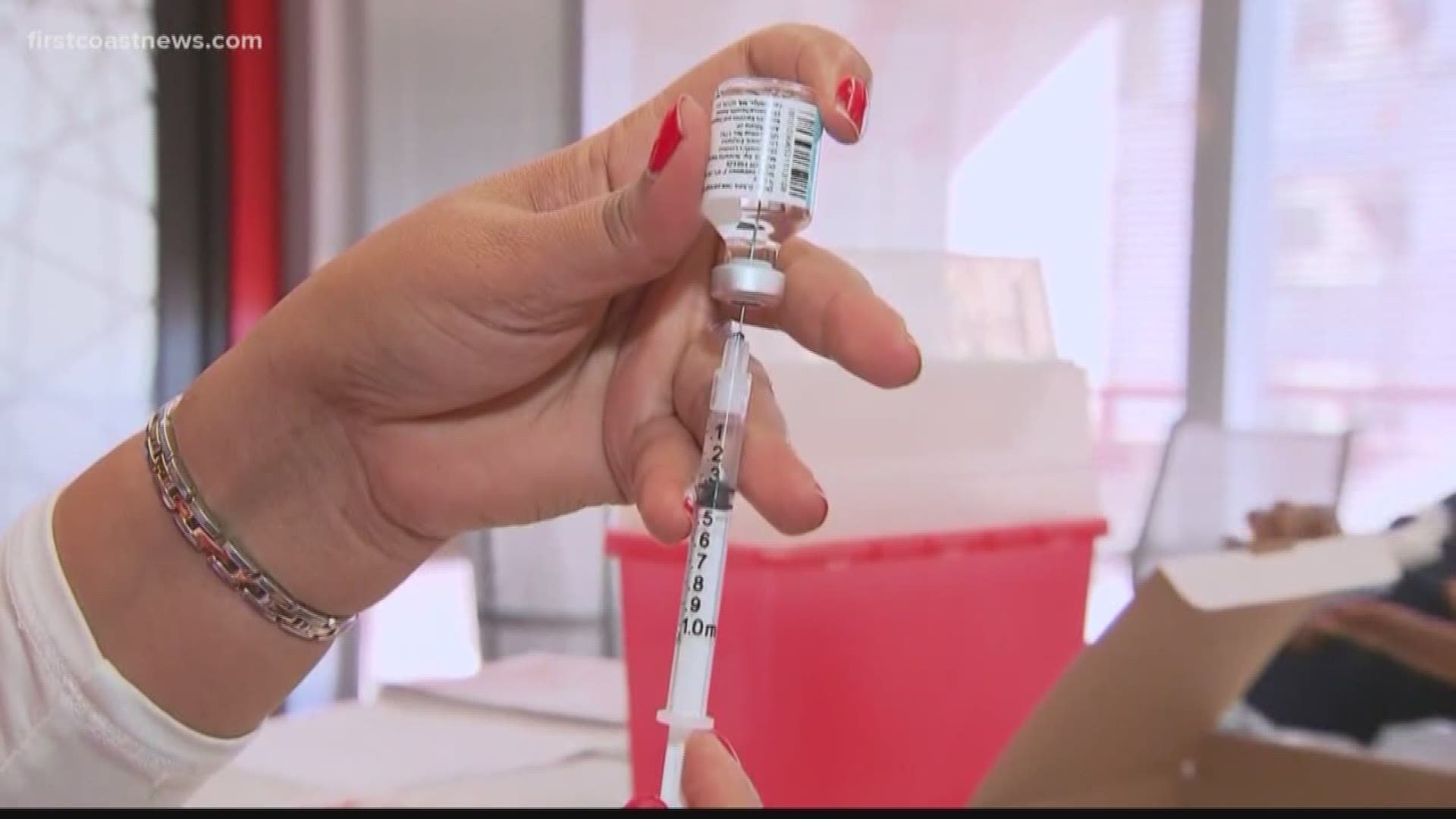 JACKSONVILLE, Fla. — The temperature roller coaster on the First Coast combined with hugging relatives, traveling, staying up late and stressing out about the holidays creates a perfect storm for a brutal flu season.

Duval County is in a high-risk flu zone and doctors say they're seeing an increase in flu cases. But that doesn't mean it's too late to get your flu shot, especially with both Flu A and B taking the community by storm.

Dr. Mobeen Rathore, the Chief of Infectious Diseases at UFHealth says, “the CDC thinks it’s going to be a much worse year this year than previous years. We’ve already had a few deaths around the state.”

He says already it’s going to be a bad season and to get your flu shot now.

“There’s still time to get your flu shot,” he said.

Though experts use data months in advance to predict what flu strains will be prevalent each season, they aren’t always right.

“Based on that guess, they will make a vaccine and there’s no guarantee the vaccine will be the same strain that is circulating," Dr. Rathore said.

This is why even if you get the flu shot you might still get the flu, so simple hygiene is important. Wash your hands and cover your sneeze. You’d be surprised how fast those germs can spread.

What does that look like? Try lining up eight meter sticks. Now picture reaching that distance at the speed of a Category 1 hurricane-force wind.

Flu symptoms can be less severe if you do get the flu after having a shot, versus getting the flu without having the shot.

It’s especially important for those around babies under six months old who are too young to get a flu shot to get vaccinated, and those around people who have medical conditions that prevent them from getting vaccinated themselves.

One child has already died in Northeast Florida from the flu, according to the Florida Department of Health.