Saif Kareem worked with Deputy Joshua Moyers in 2013. They were both security guards at a local hospital. Kareem now runs a production company. 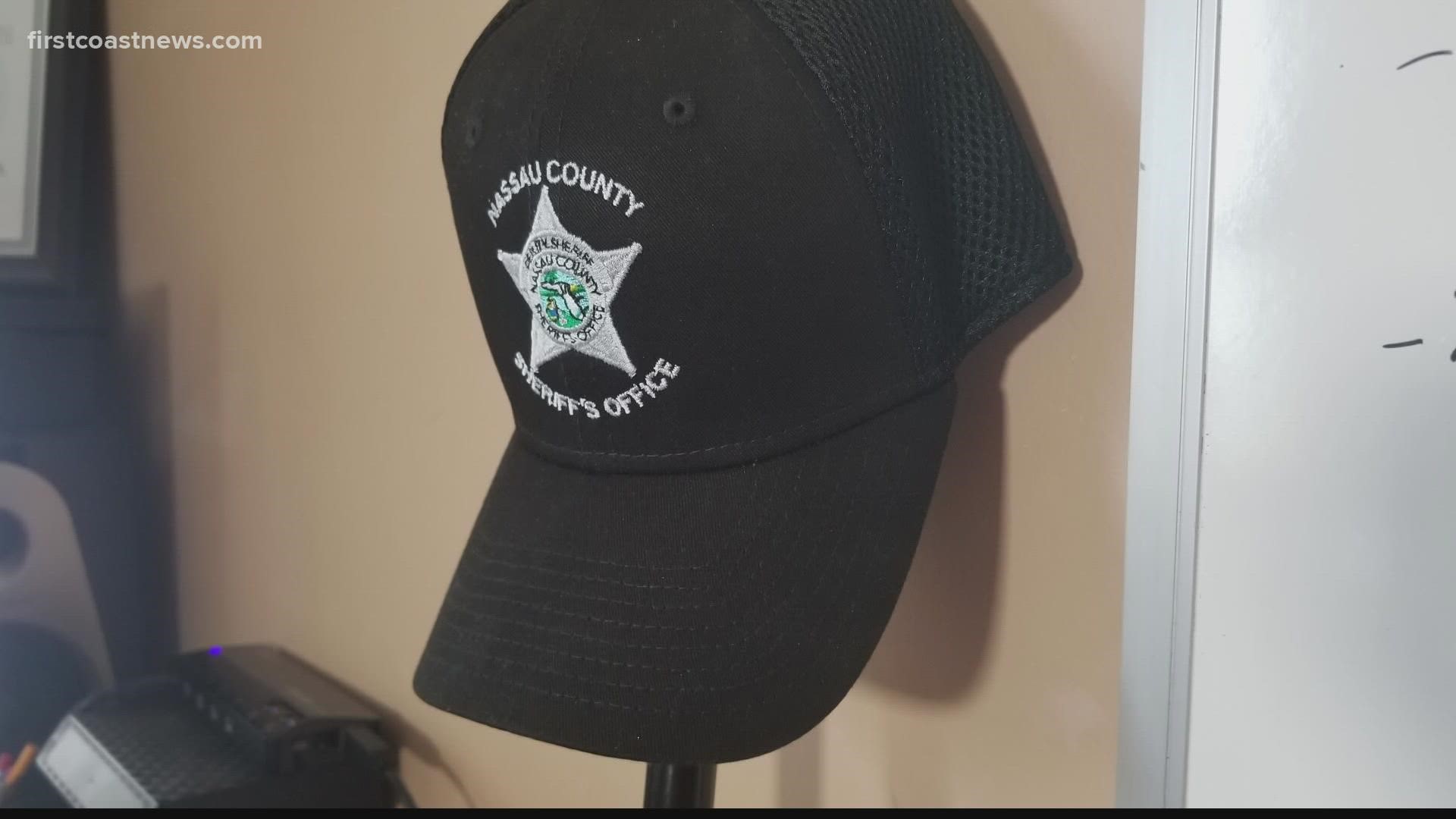 NASSAU COUNTY, Fla — The Nassau County community continues to remember and pay tribute to Deputy Joshua Moyers, who was shot and killed during a traffic stop in late September.

Prosecutors are now seeking the death penalty against the man accused of killing Moyers.

One of Moyers' friends is honoring his story by telling it. Saif Kareem is creating a documentary about Moyers' life. Kareem worked with Moyers in 2013. They both were security guards at a local hospital.

“I was the grumpy guy," Kareem said. "He's the smiley guy, and he's known for that. He's just bursting with a pure heart. I don't want to say he helped me to smile again, but he put a mood on me when we had the bad days."

Tonight exclusively on @FCN2go at 5 + 6: Deputy Joshua Moyers' friend is honoring the fallen deputy by telling his story in a documentary. @SaifSKareem worked with Moyers as a security guard in 2013, and now runs the production company @TriStallionLLC. pic.twitter.com/61b3mcGPe1

Kareem, a former translator with the United States Army in Iraq, also helped train Iraqi soldiers. He now runs a production company, TriStallion. Kareem said he and Moyers spoke about their dreams while working together. Kareem dreamed of becoming a filmmaker and Moyers, a police officer.

Kareem said he spoke with Moyers just a few months ago about how they were both living out their dreams.

“I wished him happiness and he wished me happiness," Kareem remembered. "I was like, 'Man, you’re grown,' and he was like, 'Yeah you grown too and remember our days when we were security officers at the hospital and I want to be an officer and you want to be a filmmaker? Look at you now you.'"

Kareem said he vividly remembers hearing the news that his friend was shot.

“I got immediate shock like, I just couldn't believe it," Kareem said. “I was in an absolute PTSD phase and it extended to the five days where they [law enforcement] said 'Hey, keep eyes on this guy.' I'm not a police officer to go join the manhunt, but I couldn't resist going out there and trying to do something."

"The manhunt for five days kept haunting me because we would go on  manhunts for the bad guys back then Al Qaeda on before 2010 before other names came out like ISIS and etc.," he added.

Just like his motivation to tell the stories of his fallen soldiers in Iraq, Kareem said he's now determined to tell Moyers' story in a documentary tentatively called "Manhunt."

“I have a lot of stories I get from Iraq and then never thought one day I'll be going to tell his story, you know, that's as well something touching me because the powerful events he went through," Kareem explained.

Kareem said he asked Moyers' mother's permission to tell his story at Moyers' funeral. She gave her blessing, he said, and a hat from Moyers' patrol car.

"I look at it and and it’s a Nassau County Sheriff’s Office, totally related to him, totally like it’s telling me to do this story," he said. “I have his hat next to me as I build his story every hour of every day."

The documentary is in the very early stages right now, he said. It will focus on everything from Moyers' family relationships, love story with his fiancé, his time in the academy, his time as a deputy, his murder and the manhunt for his alleged killer. Kareem said he hopes to interview those closest to Moyers.

He said he also hopes to recreate the five days of the manhunt and talk to law enforcement who helped with the search. Kareem said he's asking those involved to reach out to him at saif@tristallion.com.

Kareem hopes to release the documentary by the first anniversary of Moyers' death.