The Target at Lindberg in Buckhead was damaged after downtown protests moved north. 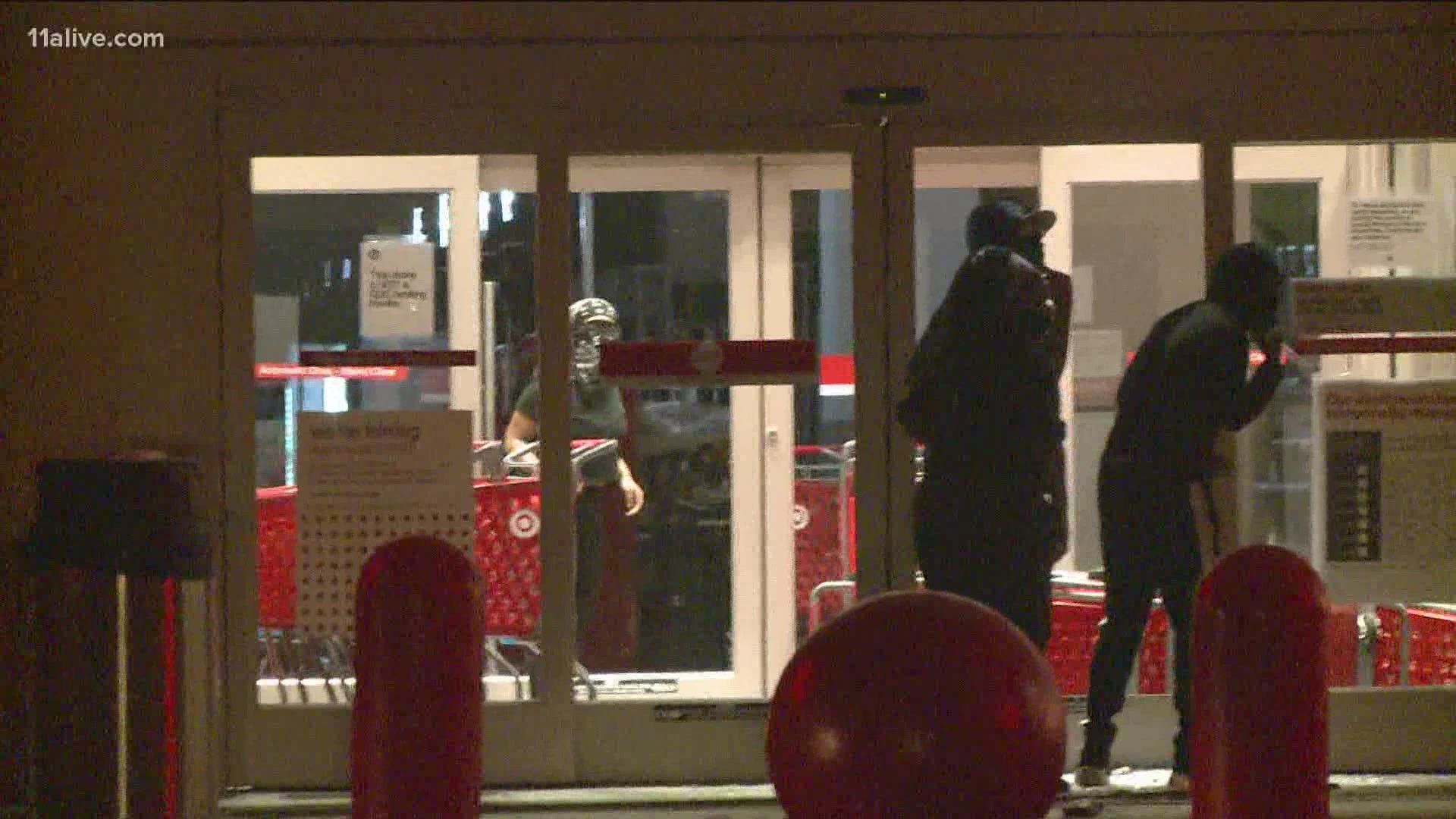 ATLANTA — The Buckhead Target was among the dozens of businesses damaged in protests overnight.

The Atlanta Fire Department said they responded to the store to find a small fire near the back of the store and evidence that fireworks had been set off inside the store.

The affected Target is on Piedmont Rd. in Lindbergh Plaza.

Overnight, 11Alive crews saw people entering the store through the broken glass doors and leaving with items from inside. That was before police were called to the scene.

As dawn broke Saturday over Atlanta, damaged and defaced buildings could be seen, beginning with the CNN Center complex and moving upward along Marietta Street, NW, as well as through other parts of the downtown area.

As protesters gathered in the area of Peachtree Road and Lenox Road to begin damaging and looting businesses in that area shortly after the midnight hour, according to Atlanta Police.

The protests, part of a fourth straight night of a national expression of pain and rage, were sparked by outrage over the death of George Floyd at the hands of police officers in Minneapolis. What had started as peaceful demonstrations devolved into damage and violence and looting.

By early Saturday morning, police reported that looting had taken place overnight Friday and early Saturday in parts of Buckhead and Downtown Atlanta.

Fires had been set to businesses and additional damage could be seen in some notable businesses including the so-called Disco Kroger store in the 3300 block of Piedmont Road.

More damage was visible at the upscale Phipps Plaza shopping mall, opposite the Target store on Peachtree Road.

Earlier in the evening, Atlanta Mayor Keisha Lance Bottoms, flanked by Police Chief Erika Shields, as well as cultural icons from the city including musicians Killer Mike and T.I., and religious leaders like Dr. Bernice King and Dr. Joe Beasley, implored the protesters to go home.

According to Atlanta Police spokesperson John Chafee, looting had been reported at a number of stores and businesses in Buckhead, long known as Atlanta's upscale shopping area.

In addition, Chafee, said that there were reports of shots fired in the area of Phipps Plaza.

There were no immediate reports of injuries.

Police have yet to provide exact numbers of those arrested during the overnight clashes. They anticipate being able to provide that information, possibly later in the day on Saturday.

RELATED: As Atlanta Police work to restore order in city, these stores have been vandalized, looted

RELATED: Tabernacle not on fire, but crews sent to scenes nearby