JFRD says eight of them were injured from an explosion that occurred before 7 p.m. 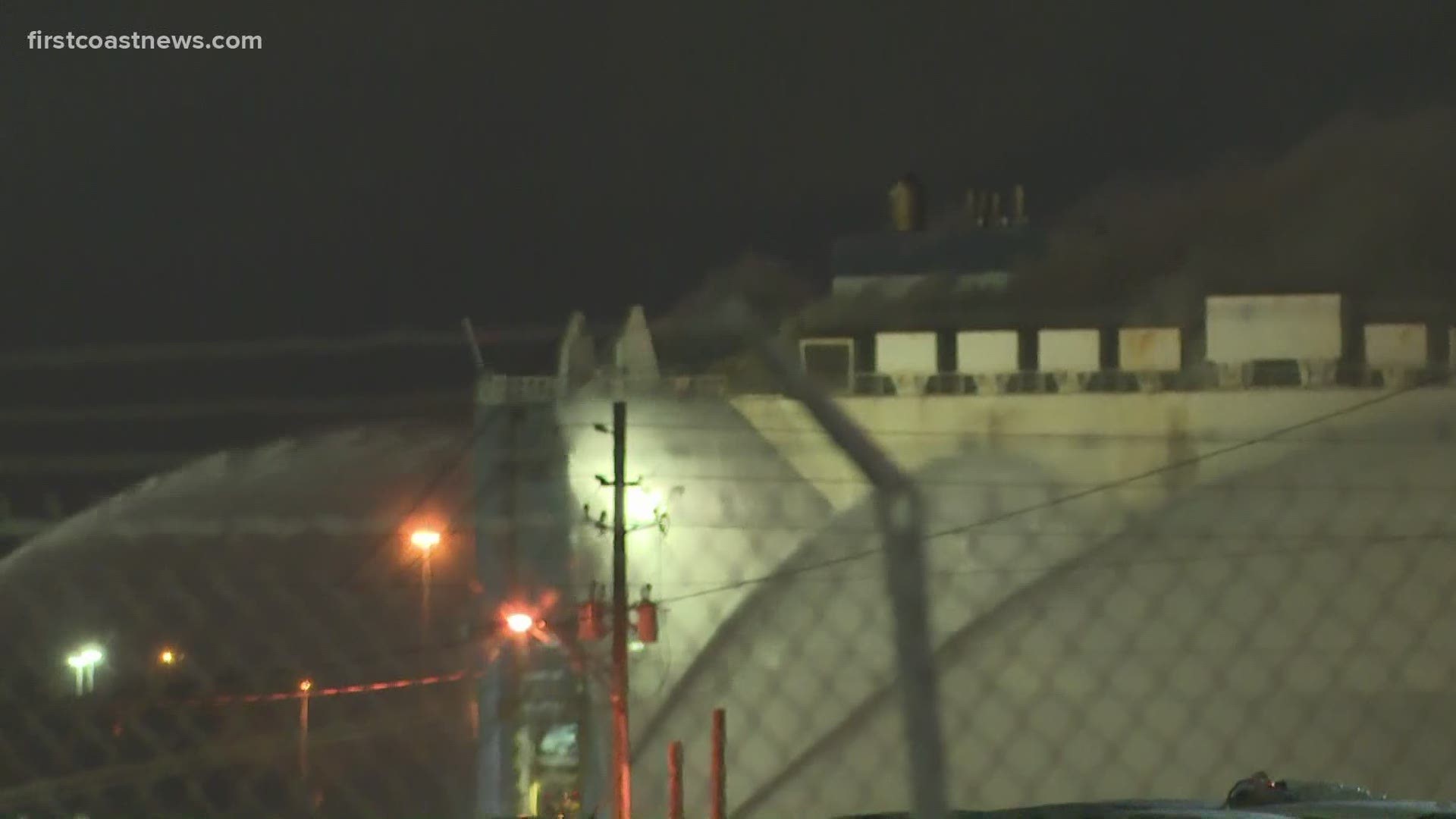 At least nine firefighters were transported to the hospital Thursday night following their battle with a fire on a vehicle-carrying cargo ship in Blount Island, the Jacksonville Fire and Rescue Department said.

JFRD said eight firefighters were injured from an explosion that occurred before 7 p.m. while another firefighter was transported to the hospital because of heat exhaustion.

The firefighters that were injured from the explosion are in stable condition, JFRD said. Four of them were transported to the burn unit at Shands hospital. The other four were transported to UF Health in Downtown Jacksonville where one of them was in surgery at the time of the 10:15 p.m. news conference.

"Burns take a lot time to heal... please everyone, keep them in your prayers. They'll need a lot of that," said Fire Chief Keith Powers.

About 150 firefighters were onboard fighting the fire, which broke out around 4 p.m. It started on the seventh floor of the ship. All of the ship's crew members made it off the ship prior to the explosion and were accounted for, JFRD said.

During an earlier news conference at 6:30 p.m., Powers explained that they are trying to reduce the amount of oxygen to the fire. He added that, as a result, firefighters are battling extremely high heat, enough for paint to peel, as well as zero visibility conditions.

"It's taken multiple floors and it's a limited, large area... very steep, very narrow... one of the most dangerous situations a firefighter can encounter [is] a ship fire," Powers said.

Powers expects firefighters to be out at the ship "for most of the night," mopping up and putting out hotspots, he said.

Authorities said their main goal is to maintain the ship's structural integrity in hopes to protect the environment.

According to ship records, the vessel is the "Hoegh Xiamen," a Norwegian vehicle-carrying ship built in 2010 that had old and used cars on board. It was scheduled to leave Jacksonville.

At this time, fire crews do not know what started the fire. The State Fire Marshal and U.S. Coast Guard is on scene.