Wawa will present checks on behalf of the winning and runner up teams, for $1,000 to the charities of their choice 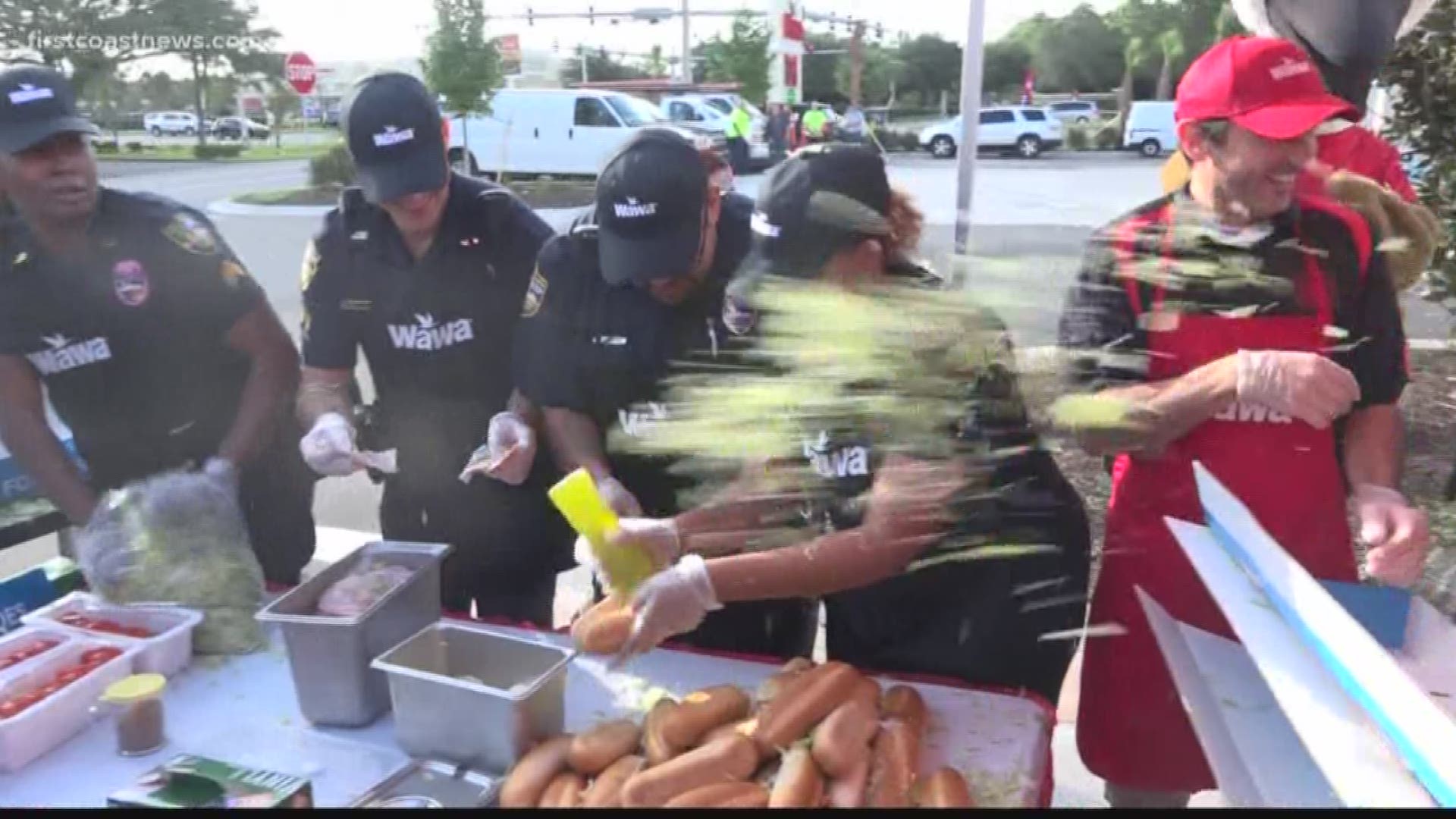 On Thursday, the Jacksonville Sheriff’s Office and the Jacksonville Association of Fire Fighters went head-to-head in a hoagie building competition as part of Wawa's grand opening celebration on the Southside.

The celebration included free T-shirts for the first 100 people through the door, a ribbon-cutting ceremony with local officials and the charitable hoagie-building competition.

The competition was called Hoagies for Heroes, and faced-off two teams to see who can build the most hoagies in three minutes in the traditional Wawa way.

In the end though, it was JSO who came out on top.

Wawa concluded the Hoagies for Heroes competition by presenting checks on behalf of the winning and runner up teams, for $1,000 to the charities of their choice.