One daughter’s fight to get her father reburied at Arlington National Cemetery finally brings her closure. 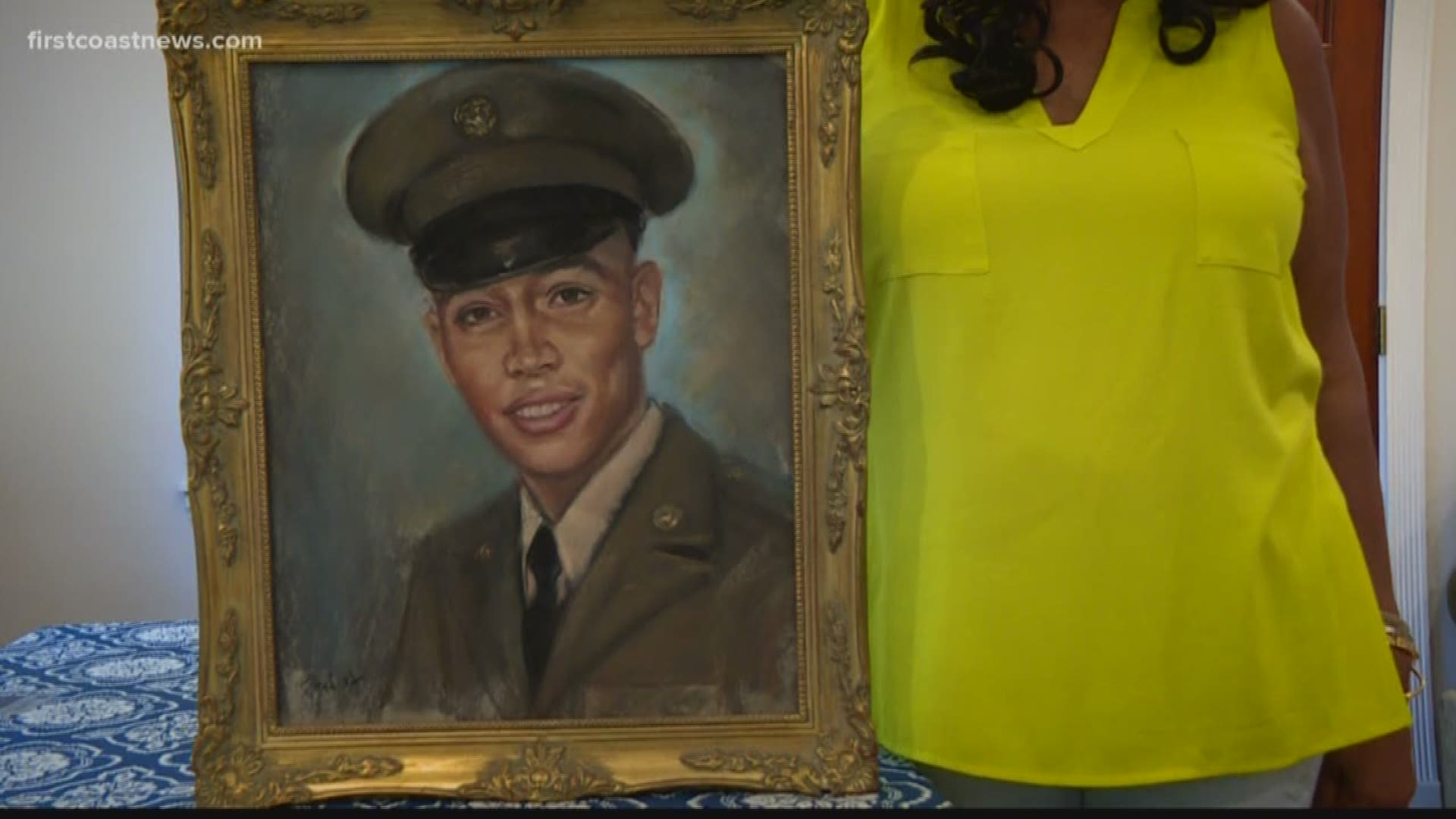 ARLINGTON, Va. — "This is horrendous," Lamonda Williams said as she walked through Woodlawn Cemetery in St. Augustine earlier this summer, searching for her father's grave.

She's visited his gravesite many times, but the weeds are so high, she had trouble finding it most recently in July. She wore boots to walk through the cemetery. The tops of the tombstones were barely visible in the high weeds.

"This should be illegal," she muttered.

And then she found him.

"Hi Daddy," she said as she knelt in the weeds by his headstone.

Lamar Longo Williams headstone peeked out from the high grass. He was just 21-years-old and in the U.S. Army when he was killed in the Vietnam War in 1971. Lamonda was 11-months-old.

"I was devastated and shocked that he was killed in Vietnam," Carolyn Long Williams, Lamar's widow, recalled. "I always felt bad she grew up without a father. I was a single mother."

Lamar received the Purple Heart and the Bronze Star for defending his comrades. Yet, he could not get into a local military cemetery, so Woodlawn it was.

Over the years, Lamonda became more disgusted that the cemetery had been forgotten by the government and its absent caretakers.

"It feels criminal," she said.

"He was KIA, killed in action," Lomanda said. "He doesn’t have a letter of good standing."

So she appealed the decision, and this year Arlington accepted her request.

In late July, her father’s body was exhumed from the St. Augustine cemetery. Friends and family were there. Tears of sorrow and joy filled that weedy patch of the graveyard.

A week later, there was a surprise.

A woman named Hollie Spohn in Pittsburg saw the First Coast News story about Lamar online. Her father had told her about Lamar Williams from his Vietnam days. She and her father have searched for Lamar Williams' family for years. This summer, Hollie, a daughter of another Vietnam veteran, found them.

Hollie contacted Lamonda Williams and put her in touch with her father, Francis Spohn.

He is a soft-spoken man who used to have blond hair, according to photos taken of him in Vietnam. For decades, he has wanted to tell Lamar's family about what his friend and their loved one was like in Vietnam.

'He was a real good guy," Francis Spohn said. "He was easy to get along with." The two young men were in the same infantry unit in Vietnam.

He said the battle in which Lamar died was the worst one he was in "over there."

"It was so hectic and the enemy was firing at us," Spohn said.

"Lamar was trying to save the rest of his fellow soldiers," Spohn said.

Spohn saw Lamar die in that battle on a hill.

"We knew Lamar’s injuries were going to be fatal," tears welled in Spohn's eyes. "We knew he wasn’t going to make it."

He has suffered from PTSD ever since.

Upon hearing the story about Lamar’s planned move to Arlington, "As soon as I heard about it, 'I said I have to go.'"

On Aug. 7, friends and family from all over the country traveled to Washington D.C. and then to  Arlington National Cemetery to witness the reburial of Lamar Williams.

"As we were approaching [the grave site], it was breathtaking," Lamonda said. With a sigh, she recalled, "I was like, 'You’re here, Dad. We’ve made it and we got you out of there and you’re here in Arlington.'"

Friends and family gathered under a tent at Arlington National Cemetery amid the rolling green hills and white headstones.

Francis Spohn was there for his friend.

The pastor told the group, "Today we celebrate. We celebrate a hero."

Lamonda and her mother asked people to wear blue as a way to celebrate.

"Blue was my father’s favorite color," she said.

A military chaplain spoke to the group, "For our comrade in arms, Private First Class, Lamar Longo Williams, our nation bestows military honors!"

A 21-gun salute and Taps covered the group.

The pastor reminded Lamar's friends and family, "We celebrate more like him who are buried in cemeteries across this nation who will never have this opportunity, but we remember them today."

After the ceremony, his widow said, "It’s been a very long journey."

It's been a journey for a young widow who never remarried, for a comrade whose memories needed calming, for a soldier who deserved honor, and for a daughter who wanted to feel closer to a father she doesn’t remember.

"Through my father’s journey to Arlington, I’ve had the opportunity to do so," Lamonda said. "So for me, it’s closure."