Cutting into the wreck began in November 2020 with the last cutting operation beginning on Aug. 23. 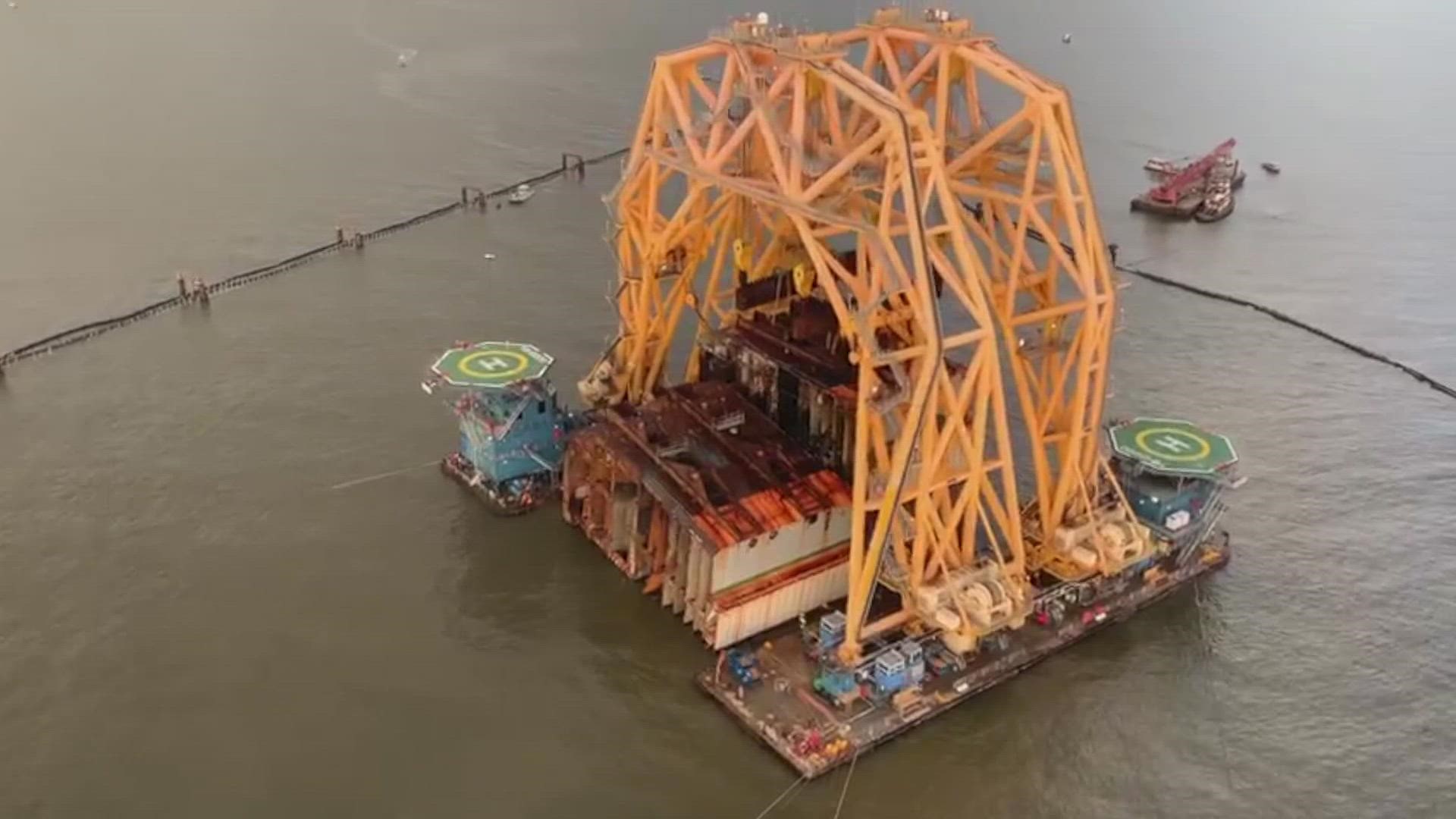 BRUNSWICK, Ga. — The final cut on the wreckage of the Golden Ray is completed, according to St. Simons Sound Incident Unified Command.

The crane cut what was left of the ship in St. Simons Sound into two sections just before 12 a.m. Saturday night, The Brunswick News reported.

By sunrise, Section 5 was hanging from the crane where a dry dock barge will take it out of the sound, the newspaper said. This will likely happen Monday due to expected favorable tides.

Section 5 will finally be dismantled in Brunswick, St. Simons Sound Incident Unified Command said. Section 4 is expected to be removed from the site on Thursday.

The Brunswick News reported there were light fuel sheens inside the environmental protection barrier around the wreck site. However, there is no sign of any substantial leaks similar to the one that happened in late-July.

There will continue to be a pollution response team on the site to monitor any old leak.

The Golden Ray wrecked off the coast of Georgia on Sept. 8, 2019. All 24 people aboard the ship at the time of capsizing were successfully rescued.

Cutting into the wreck began in November 2020 with the last cutting operation beginning on Aug. 23.