The final cut will split what's left of the massive cargo ship into two pieces for removal, bringing the trouble-plagued project closer to an end. 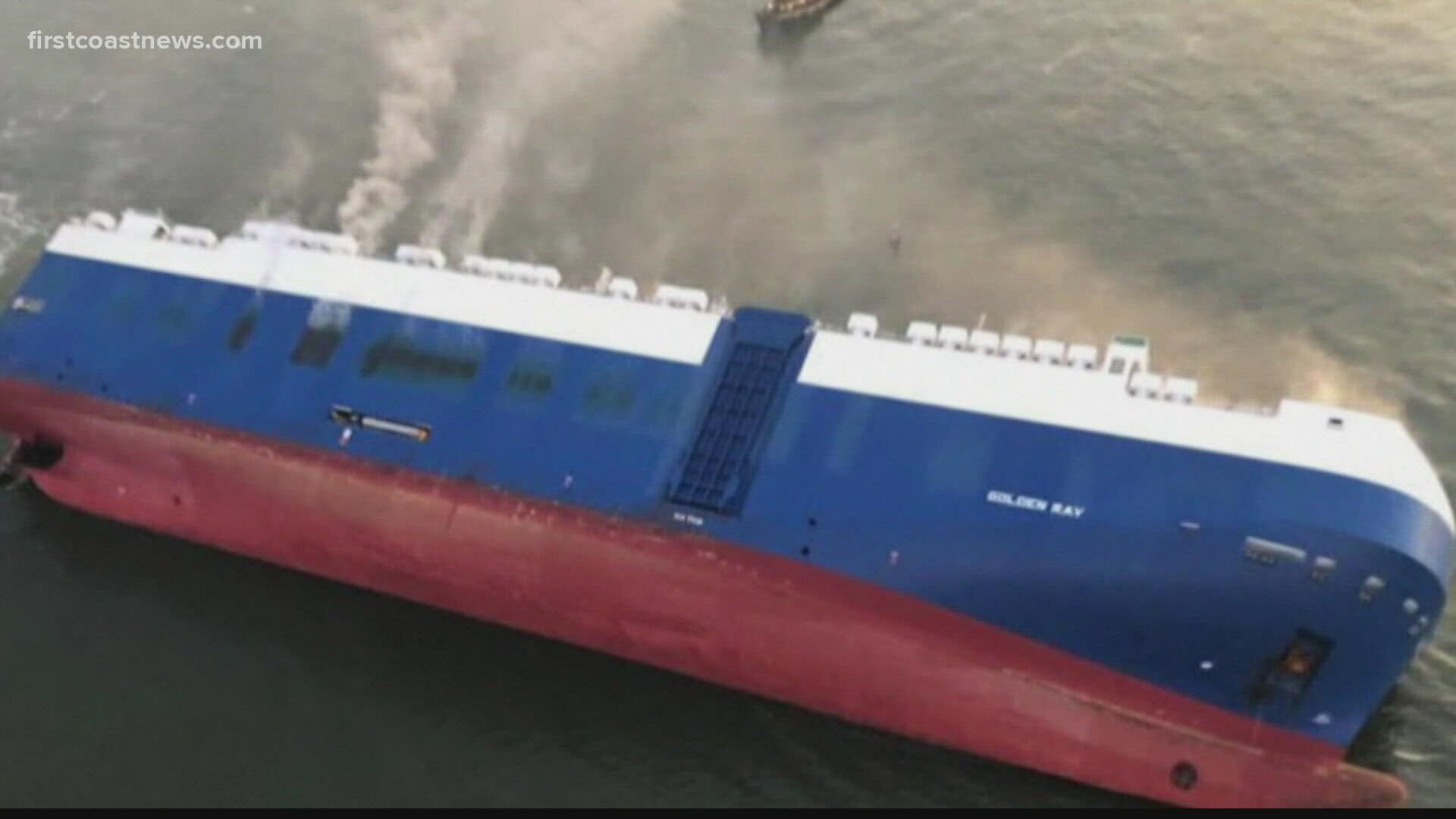 ST. SIMONS ISLAND, Ga. — (The video above is from a prior report.)

The end could be in sight for the shipwreck removal project in St. Simons Sound.

On Monday, salvage crews began the final cut of the Golden Ray cargo ship, which capsized nearly two years ago with 4,200 vehicles on board. The plan for removing the 656-foot vessel entails cutting it into eight pieces with a giant chain and hauling away each section on a barge.

The final cut will cleave the remainder of the ship in two hunks for removal.

Getting to this stage has been difficult, the project plagued by equipment failures, multiple oil spills, a massive fire and significant delays from tropical storms and COVID-19.

According to the Unified Command (composed of the ship’s owner -- known as the Responsible Party -- the U.S. Coast Guard and the Georgia Department of Natural Resources) salvors have already removed 59 vehicles from half of the remaining ship in order to lighten it for lifting from the water.

"Wreck removal personnel began cutting operations early Monday morning after completing a refit and maintenance period. Once the remainder of the wreck is separated into two sections, the VB-10,000 will lift Section Five onto a dry-dock barge for safe transit out of St. Simons Sound to a response facility south of Mayor’s Point Terminal. Section Four, the final section, will be lifted, stowed and transited following the same process as Section Five.