FHP: Teens not at fault in deadly crash on State Road 16

An updated report from the Florida Highway Patrol is shedding light on how a crash that took the lives of two Middleburg teens played out. 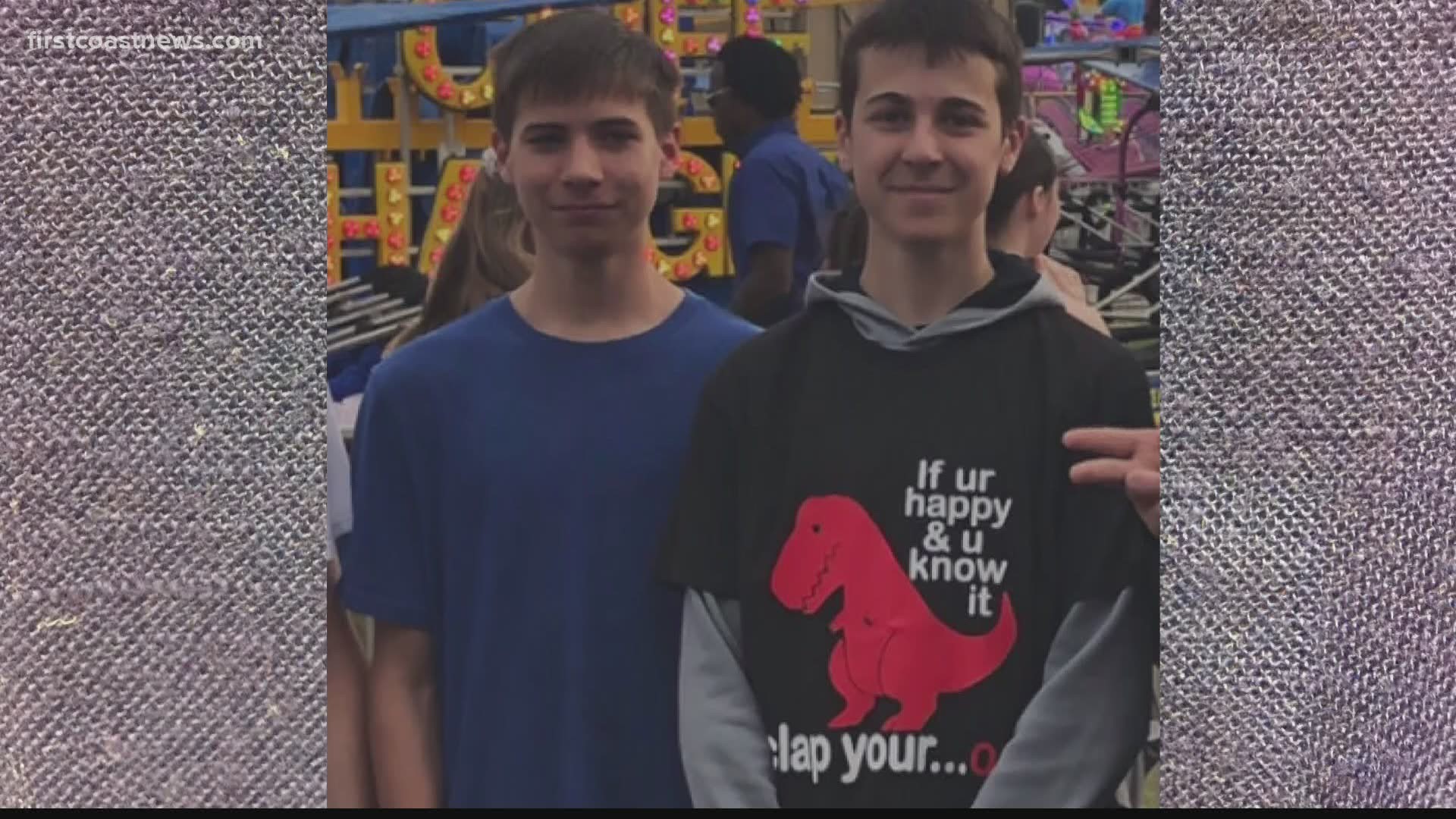 ST. JOHNS COUNTY, Fla — New information about a car crash on State Road 16 in St. Johns County that left two teenagers dead is painting a different picture of how the crash happened and shifting fault away from the teens.

On Oct. 9, 16-year-old Luke Kennedy and his best friend, 17-year-old Parker Rowley, were driving on SR-16 when they crashed into a pick-up truck at the intersection with South Francis Road.

Both boys died in the crash, leading to an outpouring of grief from friends and former classmates.

The initial report of the incident from the Florida Highway Patrol said Kennedy's vehicle was driving east on SR-16 when the car veered into the opposite lane, crashing into the truck.

But a later update changed the narrative: Kennedy's car was driving west on SR-16 when the black Chevy Silverado pulled directly in front of the car from South Francis Road.

"I was sitting on the porch, on my swing, and this truck comes flying by, going 50, 60 miles an hour," said a witness who spoke to First Coast News.

"[The driver] didn't even attempt to stop, and they plowed into this Honda Civic," he said.

The Civic, driven by Kennedy, collided with the undercarriage of the truck after the truck drove onto SR-16. From there, the sedan struck a mailbox on the south shoulder of the road before ending up in a ditch.

Rowley was killed at the scene, while Kennedy was taken to Baptist Hospital South where he was also pronounced dead.

The driver of the pick-up truck, a 42-year-old woman from St. Augustine, walked away without injuries.

The long-form version of the crash report filed by FHP and obtained by First Coast News notes the woman refused both drug and alcohol tests at the scene, but that her condition at the time was "apparently normal," and that she was not suspected to be under the influence.

While the witness said he saw the woman run the stop sign, that detail has not been confirmed by FHP. The report states the woman, "failed to yield right-of-way," but was not distracted at the time.

The witness said he has been contacted by both FHP and attorneys.

"If they can show some serious culpability on the driver's part, it could be vehicular homicide," said Mark Baughman, On Your Side's crime and safety expert. "That does carry a sentence of potential incarceration."

Baughman said the initial press release from FHP faulting the teens was likely an error and investigations like these are fluid.

"It could have been inadvertent as to how it was reported," he said. "You have a loss of life, which is really tragic. Two young teens who can no longer live because of it. It's very very hard on the families, I'm sure it's hard on the driver involved."

Charges are still pending as the investigation continues.