The exact location where the vehicle was found, as well as the identities of the suspect(s), is being withheld until there is an arrest made. 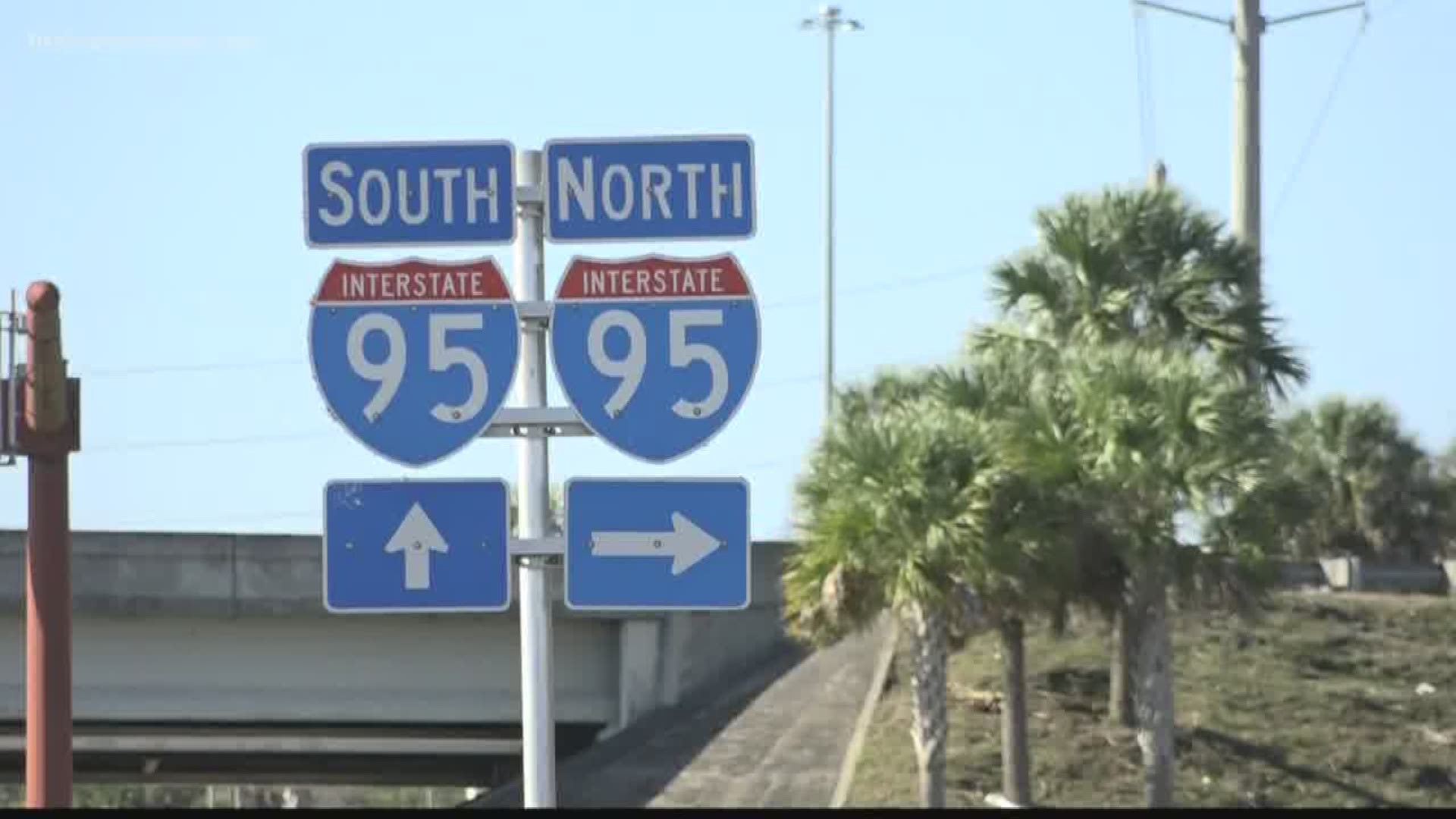 Authorities are investigating after reports of multiple vehicles being fired upon while driving on both I-4 in Central Florida and I-95 along the east coast of the state.

Officials said no one was injured, but at least 13 cars were struck on Wednesday.

"As its passing vehicles, it was firing this pellet gun into the vehicles- into the windows," said Master Sgt. Dylan Bryan of the Florida Highway Patrol.

As of Thursday evening, FHP investigators said they have found the vehicle they believe was used in the shootings in Jacksonville.

They also believe they have the identity of the suspect, or suspects, involved, although nobody has been detained yet.

Authorities said the incident started on I-4 from Seminole, into Volusia and Flagler Counties. Later, shots were reported on I-95 into St. Johns County as the suspect headed north.

Officials said they responded to three locations in St. Johns County: near Hastings, at I-95 and Highway 16, and at I-95 and International Golf Parkway.

"Busy highway like this, there's a lot of traffic and sometimes you can't get off the road. So they have an open target," said traveler Dennis Drewes.

Sheriff Mike Chitwood of Volusia County tweeted out that, preliminary, it looks as if a small caliber, pellet or BB gun may have been involved, but that is unconfirmed.

Chitwood told WESH 2's Claire Metz the person they believed to have been involved with firing the shots was behind vehicles and fired into either a back windshield, trunk or tail light.

He said he does not believe this is a targeted sniper incident. Sgt. Bryan said the same.

"There doesn't seem to be any type of connection, or any type of trend or pattern that these parties, person or people were using while they traveled up I-95," Bryan said.

One victim told WESH 2 News his driver-side back window was struck with a pellet or BB gun while he was driving, but he didn't hear anything until his window cracked.

The exact location where the vehicle was found, as well as the identities of the suspect(s), is being withheld until there is an arrest made.