The area provides space for equipment to remove the monument. 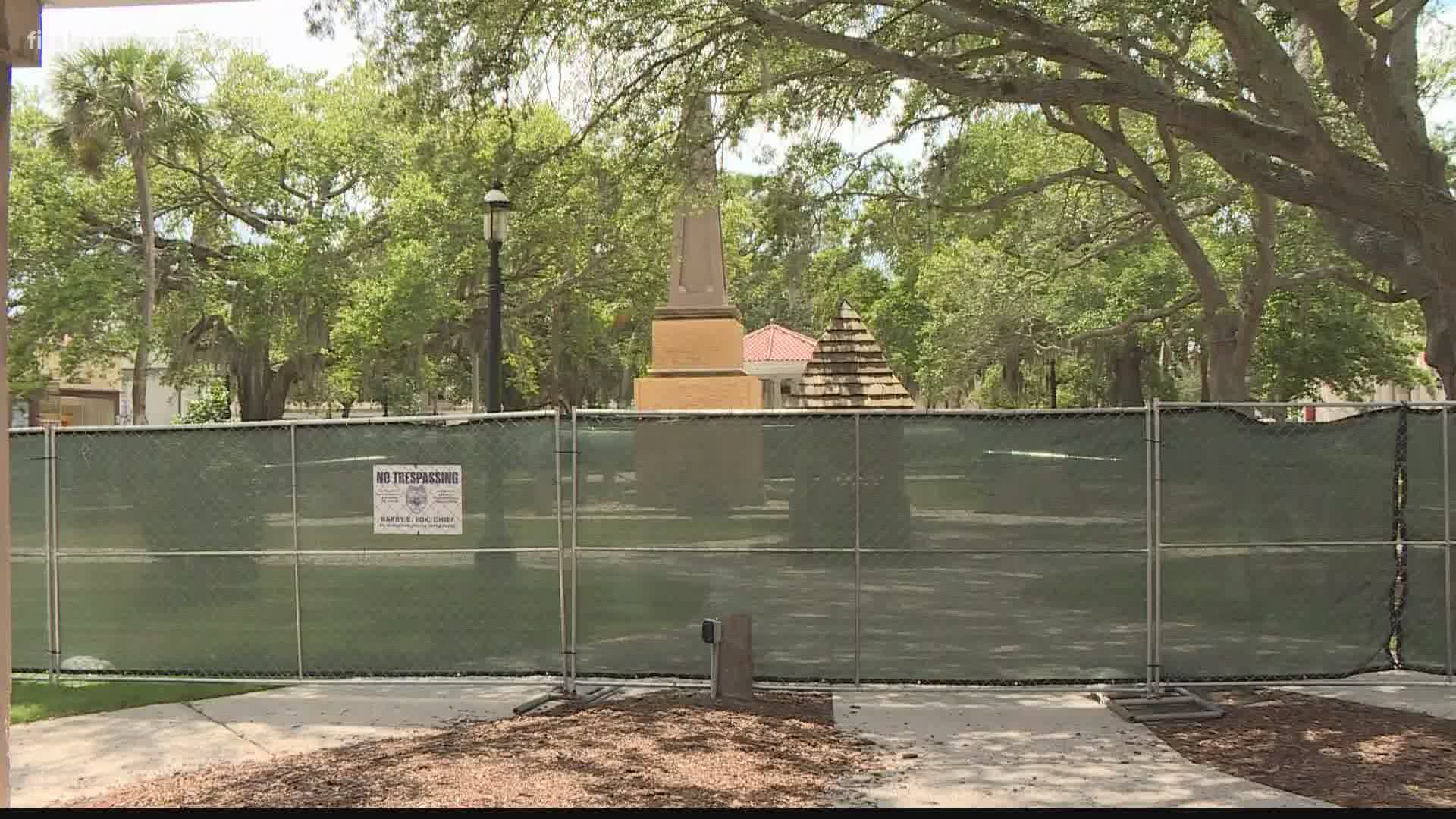 ST. AUGUSTINE, Fla. — Off-limits. The fenced-off area surrounding one of the two Confederate monuments in downtown St. Augustine has grown. It now blocks off about a third of the Plaza de la Constitución.

It used to be that most people walked by the monument and didn’t pay it much attention. Now, it’s kind of hard to miss with the fence around it.

Last Monday, the St. Augustine City Commission voted to remove the memorial which honors locals who fought for the Confederacy.

City spokeswoman Melissa Wissel said the fenced-off area is "to allow for plenty of space for the work that’s going to be done inside there. So it will essentially be a construction site. It’s really to allow for trucks, forklifts and any type of machinery."

One big question when it comes to the monument is: where will it go?

A second lawsuit has been filed against the city, trying to keep this monument in place. Because of that pending litigation, the city staff can’t say a lot about the monument's future. However, based on previous conversations with staff members, First Coast News learned the monument could be placed on private property, at a cemetery or even in storage.

Wissel also could not comment if anyone has offered to take the monument. However, there were no takers back in 2017 when this issued first bubbled up.

Over the weekend, St. Augustine Police officers started removing the flags, flowers and other items that some people attached to the fence.

Wissel said the city has the legal authority to remove those items.

"Anything mounted on that fence, because the fence is public property, was removed and stored at the police department for 90 days," Wissel said.

People can pick up their items at the police department.

The Confederate monument issue facing the country remains front and center, tucked behind a fence in St. Augustine.