The COVID Tracking Project says more than 21,000 African Americans have died from the virus nationwide, at nearly two times the rate of the rest of the population. 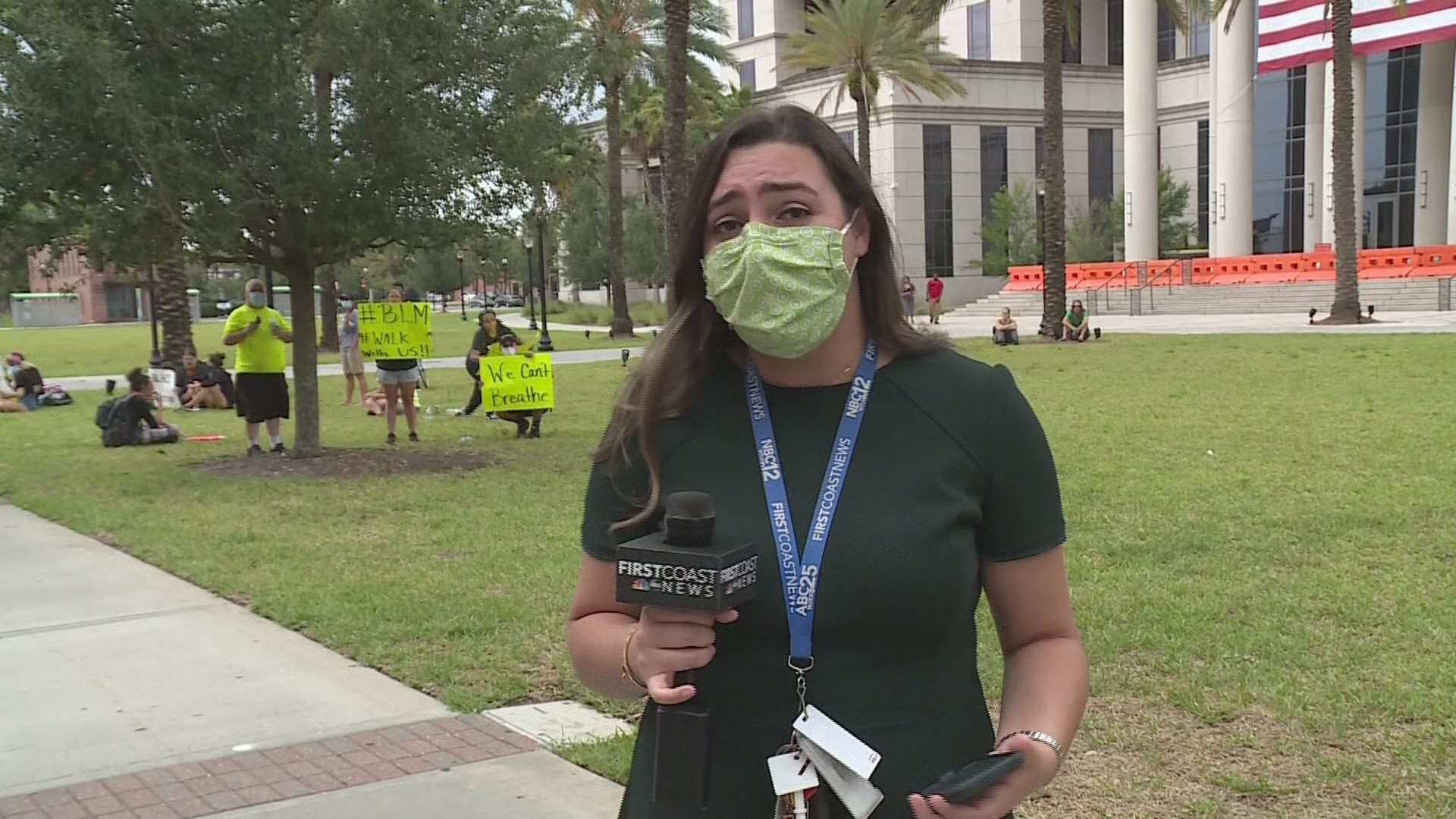 JACKSONVILLE, Fla. — Dramatic street protests in Jacksonville and around the country are bringing a critical mass of people into the streets and into close contact.

City officials in Jacksonville are particularly concerned about growing cases in the African American community, which has already been disproportionately affected by the coronavirus.

According to the COVID Tracking Project, more than 21,000 African Americans have died from the virus nationwide, at nearly two times the rate of the rest of the population.

This weekend in Jacksonville, protesters were seen packed together -- often chanting, many without masks -- which some fear is a recipe for a second wave of the coronavirus.

He told First Coast News, “we’re dealing with the issues around the protest, things we have to deal with, we’ve also got to deal with COVID-19.”

Mayor Curry says a surge in COVID-19 cases as a result of the recent protests is a very real concern. He says though everyone has the right to peacefully assemble, they also have a personal responsibility, reminding people, “Social Distancing, because of COVID-19, proper handwashing, suggested hand washing remain in effect.”

Jacksonville City Councilman Sam Newby, recovered from the virus but is gravely concerned protesters don’t understand the severity of the virus.

“It was two times that I thought I was going to die,” Newby said.

Newby has no idea how he caught the virus, and says though people are allowed to peacefully protest, “We need to have that social distance even when you protest because like I said, you could stand by the wrong person and your life could definitely change.”

While Newby urges protesters to take precautions, Mayor Curry notes the risk of contracting the virus is uniform across all ethnicities. He adds the city will see in about seven to 14 days if there’s a spike in cases.