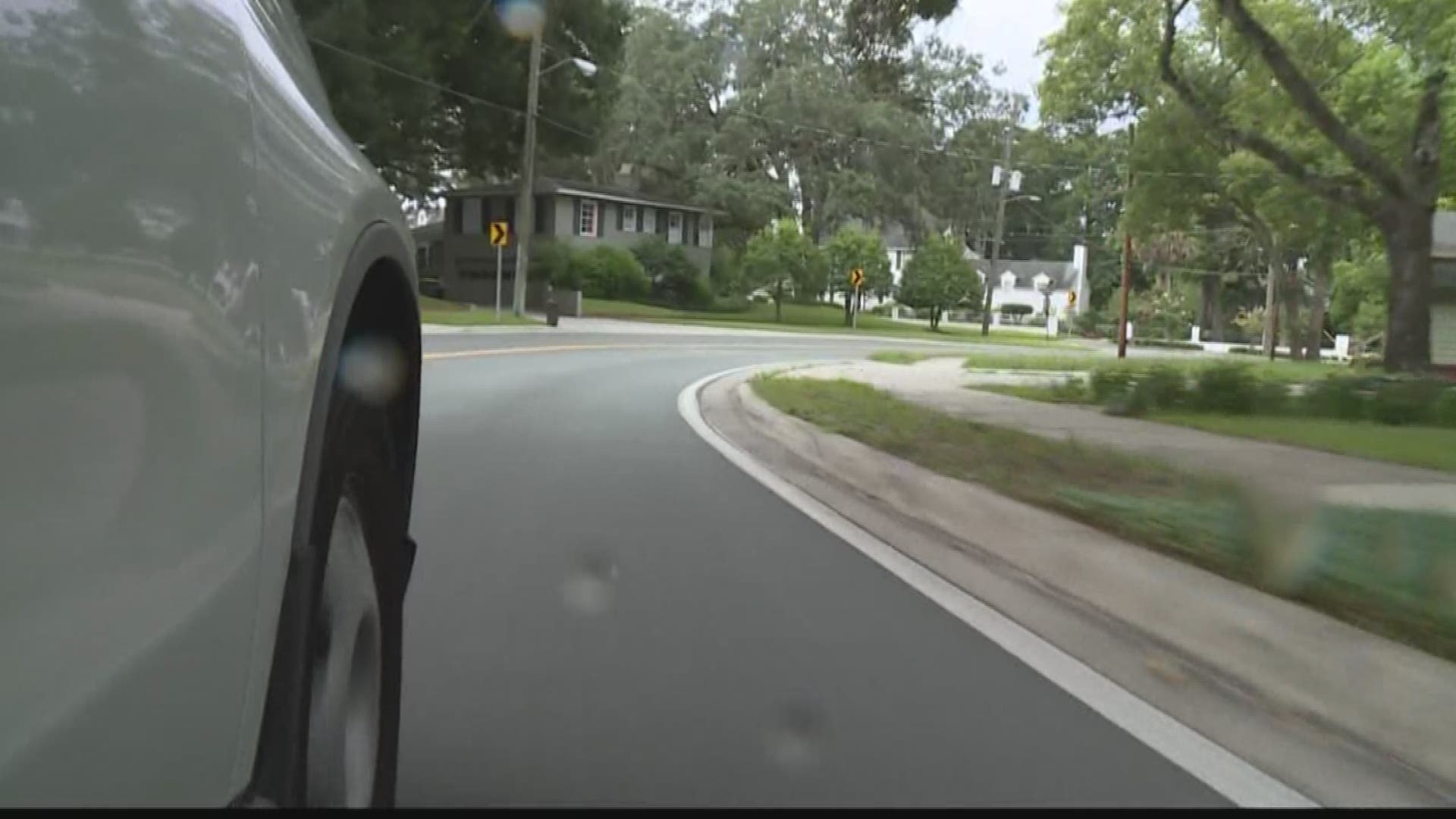 JACKSONVILLE, Fla. -- The Florida Department of Transportation is trying out new technology along a portion of St. Johns Avenue in Avondale after an increase in collisions on one stretch of road.

FDOT says the “S” curve that goes from Van Wert Avenue to Greenwood has seen more crashes every year because of distracted drivers crossing over the center line.

This “dangerous” stretch along St. Johns Avenue isn’t more than a mile long but it was enough to raise alarm at the state level and become the place for FDOT’s pilot program. They plan to install solar-powered retro-reflective markers that will illuminate the center and outer lines of the road.

The markers were installed in South Florida, so this will be the first of its kind for Northeast Florida.

FDOT has collected data for 109 crashes along that stretch of road that were a direct result of crossing the center line. The top of the steep curve starts right next to Boon Park at Van Wert and St. Johns Avenues. FDOT reported 11 crashes there in two years.

Going down the hill into the curve, from Shadowlawn to Montgomery, there were 46 crashes in seven years.

FDOT Spokesman Ron Tittle says this is a test drive to see if the LED lights on the ground will be more effective than the usual safety signs, lights or speed bumps.

“You can illuminate things more with LED lights, there’s no reason people can’t see them,” said Tittle. “We will be using this as a test to see if this works in this location to help curtail some of these crashes. If it works well here we will look at expanding it to some of these other areas.”

This project will cost taxpayers $100,000 but Tittle says it is part of the FDOT safety budget. The installation will take 4 to 6 weeks to complete. Drivers can expect some closures in non-peak hours throughout the day starting the week of August 7th.